As President Donald Trump continues his push to expand the military force, one prominent service member organization is asking the executive to pull back on the reins.

The National Military Family Association (NMFA) is asking government leaders to consider how an increase in military personnel would stress the support systems for service members and their families.

As President Donald Trump continues his push to expand the military force, one prominent service member organization is asking the executive to pull back on the reins.

The National Military Family Association (NMFA) is asking government leaders to consider how an increase in military personnel would stress the support systems for service members and their families.

“That would be childcare centers, staffing and resources at the family centers, health care access. If we add more troops to the force, but don’t change the resourcing for our military health care facilities then what will probably happen is our families will probably have a harder time getting a medical appointment for themselves or their kids,” Raezer said.

That may be difficult considering the President signed a memorandum freezing all hires by the government on Jan. 22.

“This memorandum counters the dramatic expansion of the federal workforce in recent years,” White House Press Secretary Sean Spicer said during a Jan. 23 press conference. “In particular, it prevents filling vacant positions and creating new positions except when necessary to meet national or public security responsibilities.”

Contrary to Spicer’s characterization, the size of the federal workforce has slowly and steadily declined over the past the 50 years and more dramatically during the past few, when budget cuts and sequestration forced many agencies to cut back.

The memo does not apply to military personnel, but it does apply to Defense Department civilians.

Furthermore, the Office of Management and Budget will release a plan in the next 90 days to reduce the size of the federal workforce.

Congress already approved an increase in military end strength for 2017 in the defense authorization act, but funds have yet to be allocated for the growth.

Raezer said she is very encouraged by Defense Secretary James Mattis, based on his first remarks to the public after being sworn in.

“Military family support and services should not be casualties of budget battles on Capitol Hill,” the Jan. 23 letter stated.

The letter also urges the Trump administration and Congress to quickly fill important senior positions in DoD, especially those pertaining to the new military retirement system and the changes made to military health care in the past two defense authorization acts.

NMFA sent a letter to Trump after his election to express concerns as well.

Sequestration will return to create across-the-board cuts on defense and domestic spending in 2018 unless Congress can repeal the Budget Control Act or come to a budget deal.

“Having the administration and the Congress run by the same party certainly should make it easier to hold them accountable for moving forward to end sequestration and come up with a budget agreement that recognizes the needs of our military … conceivably it should be easier to come up with that kind of deal, but there’s no excuse now, folks,” Raezer said. 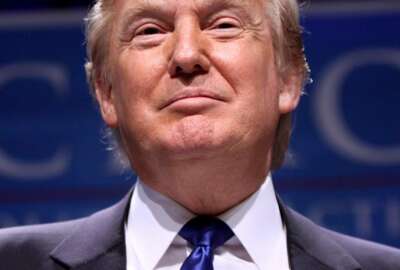