Meanwhile, the House, which is scheduled to take up the same legislation on Friday, appeared to be headed toward a much more contentious floor debate after President-elect...

Meanwhile, the House, which is scheduled to take up the same legislation on Friday, appeared to be headed toward a much more contentious floor debate after President-elect Donald Trump’s transition team abruptly decided that Mattis would not be allowed to testify at a Thursday hearing the House Armed Services Committee had scheduled several weeks earlier. The hearing was meant to give House members a chance to query the retired Marine general about his views on civilian-military relations before they authorized the waiver.

“These are not the circumstances I expected us to face,” Rep. Mac Thornberry (R-Texas), the committee’s chairman, said Thursday afternoon. “Gen. Mattis was willing — even eager — to testify. I talked to him personally.  He gladly agreed to come answer our questions.”

The House hearing took place in Mattis’ absence, and Thornberry urged members to vote in favor of the waiver despite what he said was a “shortsighted” decision by the Trump team. The committee forwarded the legislation to the House floor by a narrow margin — 34-28 — with Democrats saying they could not support a measure that would override a key protection for civilian control of the military if the incoming administration was not willing to let them discuss the matter with Mattis in an open hearing.

“All we’re asking is that we uphold the importance of this committee and that we don’t just roll over because somebody in Trump Tower said, ‘Nope, we’re not going to send him,’” said Rep. Adam Smith (D-Wash.), the committee’s ranking minority member. “And there was no good reason for this. He can handle himself — he testified capably before the Senate and did a good job. We need to perform our oversight role, and our failure to stand up for that is a mistake.”

In the Senate Armed Services Committee, the Mattis waiver gained the support of all but three of the panel’s 27 senators Thursday in a vote that immediately followed a nearly three-hour confirmation hearing.

There, he told lawmakers that the military is not as strong as it needs to be to deal with global threats, and repeatedly pointed to military readiness as one of the biggest challenges he believes he’ll face as Defense secretary.

In particular, he said the equipment the military has been using for more than a decade of foreign wars has fallen into disrepair, and that the Pentagon’s operation and maintenance budgets need to be boosted to deal with the problem.

“If we’re going to continue to use it, it’s got to be refurbished and be at the top of its game,” he said. “This Congress has provided a lot of money for a lot of ships and planes, but it we don’t maintain it, it’s worthless. We’re going to have to adapt and strengthen the military, and as we’re doing this I’m going to be working with our allies to make sure it’s not just the American taxpayer sharing the global security burden.”

Though he vowed to pursue more financial contributions from allied countries, Mattis also sought to reassure Congress that he is a deep believer in the NATO alliance despite suggestions by President-elect Trump during the 2016 campaign that he might not uphold the treaty’s mutual defense commitments if member countries did not contribute enough of their own funds.

“I have had discussions with him on this issue, and he has shown himself open, even to the point of asking more questions and going deeper into the issue about why I feel so strongly,” he said. “He understands where I stand, and I will work with the other members of the national security team to carry these views forward.”

In broad terms, Mattis said the downsizing of the military that’s been underway since the onset of the Budget Control Act has been too severe and that he will need to work with Congress to eliminate the budget caps. He advocated for a larger military, but declined to specifically endorse the plan the President-elect advocated during the campaign — including a Navy buildup to 350 ships compared to the currently-planned 308 and an increase of 90,000 soldiers to the active-duty Army.

“I would have to take a closer look at the numbers,” he said. “In particular, the timing and the phasing of that — and making certain that what you’ve already bought for us is fully maintained is something I’d need to look at to make sure we can ensure the current readiness and the future readiness of the force. But I think the general direction he’s outlined is accurate.”

On the civilian side of the Defense Department workforce, Mattis said in written responses to questions from the Senate that he is committed to reducing the size of DoD’s headquarters to no more employees than are necessary, but seemed to shy away from numerical targets such as the 25 percent staff reduction Congress mandated in the last two Defense authorization bills, saying the workforce should be sized to whatever level necessary to accomplish its assigned tasks.

“The Pentagon’s staff has evolved and grown over time because of efforts to limit contracted support, and to ensure that inherently governmental functions are performed by federal employees,” Mattis wrote. “I have a reputation for reducing bureaucracy: during my tenure at U.S. Joint Forces Command, I recommended and superintended its disestablishment.”

During Thursday’s hearing, Mattis said he’d look for ways to employ technology in ways that might help reduce the size of the Pentagon’s bureaucracy, but also reminded lawmakers that congressional mandates are partly responsible for the organization’s size and complexity.

“With technology and new approaches, you don’t necessarily need a particular function at each echelon of command, you can remove it and expedite processes,” he said. “What we don’t want are layers upon layers of bureaucracy that doesn’t add value. But removing those layers is probably going to take collaboration with this committee, because those elements are there in many cases because of the organization Congress has set up for us. So I’ll have to come to you and show you what I propose to make it better.”

With regard to cyber, Mattis agreed with several senators, including committee Chairman John McCain (R-Ariz.), who said the U.S. still does not have a comprehensive strategy for integrating cyber into military doctrine in a way that can credibly deter adversaries from launching network-based attacks.

But he asserted that devising such a plan isn’t just the military’s job.

“I believe a lot of crises and wars have started from miscalculations, so while it’s important that we make clear what we stand for, our adversaries also have to know what we absolutely will not tolerate in an area such as cyber,” he said. “By making that clear, you’re less apt to have somebody stumble into a situation where you’re forced to take military action. This is not something we can do by ourselves though. We need to get our Treasury Department, our Commerce Department, Homeland Security Department in the same room. I realize it’s a new domain, but that doesn’t give us an excuse not to address this on an urgent basis.”

On personnel matters, Mattis was challenged at several points about whether he would seek to overturn key decisions during the Obama administration, such as those that opened ground combat positions to women and ended the ban on military service by openly gay Americans.

In each case, he said his primary concern was military readiness and that he was not actively planning to overturn any policies regarding who is allowed to serve and in which positions.

“I’ve never come into any job with a pre-formed agenda of changing anything.  I come in assuming that the people who came before me deserve respect for the job they did and the decisions they made,” he said. “If someone brings me a problem, I’ll look at it, but I’m not coming in looking for problems. I’m looking for ways to get the department in its most lethal stance, and in that regard it’s all about military readiness.” 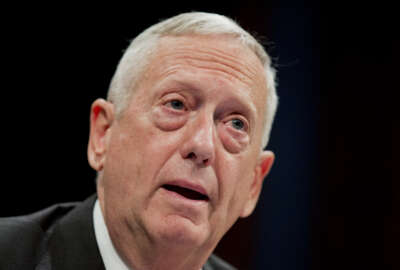 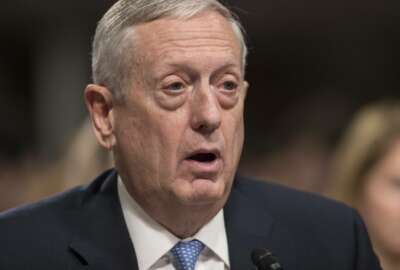 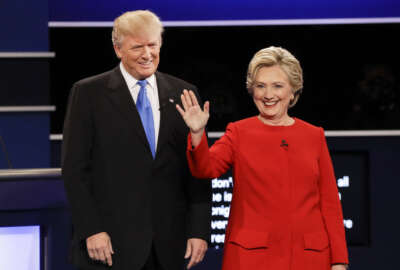