Defense-minded voters have been left with relatively little to go on as the nation nears the end of a presidential campaign that’s included only scant discussion of military issues. There are a few exceptions: The candidates have differed on the relative importance of international alliances, both vow to defeat the Islamic State, and both have promised bigger Defense budgets without any clear political path to enacting them.

Whichever candidate is sworn in on Jan. 20 will almost immediately confront...

Defense-minded voters have been left with relatively little to go on as the nation nears the end of a presidential campaign that’s included only scant discussion of military issues. There are a few exceptions: The candidates have differed on the relative importance of international alliances, both vow to defeat the Islamic State, and both have promised bigger Defense budgets without any clear political path to enacting them.

Whichever candidate is sworn in on Jan. 20 will almost immediately confront the realities of the Budget Control Act, the 2011 law that’s dominated (some would say paralyzed) Defense budgeting since the first sequestration cuts took effect in 2013. Those caps will remain in effect through at least the next president’s first term unless he or she can find a long-term political compromise that’s eluded the Obama Administration and congressional defense hawks for the past five years.

In any case, the latest in a series of two-year workarounds that have mostly served to raise and delay the budget caps is set to expire next September, something the next administration will have to confront almost immediately upon submitting its next budget.

“Congress will change somewhat, but I still think if Clinton wins, Republicans are not going to want to work with her, they’re going to want to investigate her. If Trump is president, Democrats are not going to give him more Defense spending very easily — they’ll probably want more for social programs — so I think we’re going to stay in this deadlock for quite some time,” said Alex Ward, the associate director of the Atlantic Council’s Brent Scowcroft Center for International Security, who has devoted most of his recent attention to examining the Defense policy differences between the candidates.

“Trump has advocated for doing more on the economy, and if he’s also going to advocate for larger Defense expenditures, he’d have to make that case to his base, which believed he was going to focus on fixing their jobs. I think that’s going to impede any decisions on the Budget Control Act,” Ward said.

Indeed, Trump has advocated for a much larger military along with the elimination of the BCA caps. During a September national security address in Philadelphia, he said his administration would include an Army of 540,000 active duty soldiers — 90,000 more than planned in the latest Obama budget — and a Marine Corps of 36 battalions, a dozen more than planned under the current drawdown from Iraq-Afghanistan war levels. The Trump defense plan also calls for a 350-ship Navy, 50 more than that service’s current shipbuilding goal, and an Air Force of 1,200 fighter aircraft.

The figures borrow heavily from recommendations in the Heritage Foundation’s annual Index of U.S. Military Strength, which argued that the U.S. needs to return to its historical policy of being able to fight two wars simultaneously.

“Having this ability deters other competitors from trying to take advantage of the U.S. being ‘tied down’ in a conflict in one region,” Dakota Wood, a Heritage senior research fellow wrote in explaining the conservative think tank’s recommendations. “This is a problem the U.S. is having today; the U.S. is struggling to maintain its current level of effort in the Middle East while also recovering from more than a decade of operations in Iraq and Afghanistan while still ensuring sufficient levels of forces are either deployed, or able to deploy, to other areas of the world.”

Clinton, by contrast, has not given explicit indications of the size of the overall force structure she would ask Congress to fund, but she has also vowed repeatedly to eliminate the BCA caps.

“We cannot impose arbitrary limits on something as important as our military. That makes no sense at all,” she told the American Legion’s annual conference in August. “The sequester makes our country less secure. Let’s end it and get a budget deal that supports America’s military, our families, and our country.”

Mark Cancian, a senior adviser in the Center for Strategic and International Studies’ international security program, said the military sizing policies in a Clinton presidency would likely be driven by the strategic defense reviews that typically take place in the first days of a new administration.

“That will set a force structure and a set of programs, given the competing demands on the federal budget,” he said. “Front runners tend not to be specific during a presidential campaign, but she’s talked about national security priorities that clearly indicate she would take a more aggressive approach to challenges like ISIS and Russia that would require a Defense establishment that’s at least as big as what the Obama administration has proposed, and likely larger. A lot of people have argued that what the Obama administration has proposed is not adequate given what’s happened in the past couple years, because it’s largely based on the 2014 Quadrennial Defense Review.”

Figuring out when, how and under what circumstances the respective candidates would employ military force is even more difficult given the relatively low level of attention Defense issues have received during the campaign.

It’s a fair prediction, Defense experts believe, that Clinton would largely maintain the Obama administration’s national security posture, except that she would be willing to intervene in some cases that Obama has not, such as using the Air Force to enforce a “negotiated” no-fly zone over Aleppo.

Trump, who has promised to deliver a forceful and decisive response to the Islamic State forces, has given few other clues as to how he would use the military other than to say he believes the U.S. should resist involving itself in foreign conflicts and that traditional U.S. allies must pay more of the cost of their own self-defense, including that the U.S. would not take part in NATO’s promise to defend member nations unless they have contributed sufficient funds to the alliance.

“A number of commentators, myself included, have pointed out that the force structure he’s proposed is not really consistent with the foreign policy he’s described,” Cancian said. “It’s the force structure you’d need in order to be engaged with allies around the globe, to have forward-deployed forces that are ready to react to crises as they arise, which is a very traditional U.S. stance. But he’s described a policy that’s much more hands-off, pulling forces back to the United States, so there’s some tension there. A Trump administration’s first strategic review would have to bridge that gap and figure out if they needed an entirely different kind of force. For example, people have proposed before that you can put a lot more people into the reserves if you’re going to be relying more on reinforcements than global engagements.”

But Ward argued it’s a mistake to view Trump’s foreign policy outlook as “isolationist” simply because he has shown much less regard for post-World War II alliances than traditional political candidates.

But given Trump’s stated disposition toward nonintervention in foreign wars, he’s unlikely to deploy the military forces he’s proposed to build, and because of that, there’s something of a paradox in how the two candidates have teed up their Defense views.

“Trump would spend a lot more money for a military that he’s unlikely to use, and Clinton wants to spend more money on a military that she’s more likely to use,” Ward said. “Trump believes in peace through strength and more troops, and Clinton also seems to believe that we need more capabilities, but she’s been more focused on intelligence and power projection. Her grand narrative has been that the U.S. is surprised too often, and an intelligence surge can solve the world’s problems.”

Even if a President Trump or Clinton manages to broker a deal with Congress that eliminates the arbitrary defense spending caps in the Budget Control Act, they’ll need to contend with an electorate that doesn’t seem to be especially interested in spending more dollars on Defense.

Both candidates seem aware of that fact: Clinton has repeatedly vowed that none of her policies would add a single dollar to the annual deficit and that she would forcefully attack Pentagon “waste.” Trump, similarly, has said his proposed increases in military end strength will be completely offset by new cost efficiencies, including attrition in the civilian workforce and demanding that allies pay more for their own defense.

“Every candidate campaigns against waste, because who could possibly be in favor of waste? The problem is that one person’s waste is another person’s national security program.” Cancian said. “Having said that, you might see some dollar savings in the next administration, because Sen. (John) McCain (R-Ariz.) [chairman of the Armed Services Committee]  will still be around and he’s been pushing the department to reorganize their management headquarters. The other thing you’re likely to see is [Base Realignment and Closure], because there are some beginnings of agreement about the way ahead. But fiddling around with the organization of the Pentagon isn’t enough to save significant amounts of money. If you want to do that, you need to go to healthcare and the logistics establishment like the depots. And reforms in areas like those are very hard because there are a lot of competing political interests.” 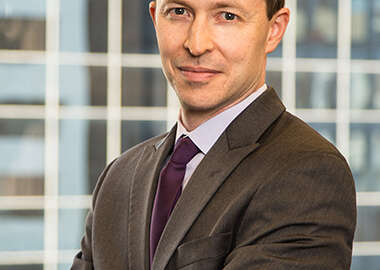