Invoking a provision of Trump’s executive order that allows agencies to exempt positions they deem critical to national security and public safety, Robert Work, the deputy Defense secretary, listed 16 separate functions that will be immune from the freeze. But in a memo to the military departments, combatant commanders and agency heads who will carry out the guidance, he also cautioned that they must be prepared to defend their decisions to exempt any individual position.

“I will follow closely any actions taken with respect to implementation of the hiring freeze and will hold these officials accountable for the exemptions they grant,” Work wrote.

A senior Defense official, speaking to reporters on the condition of anonymity, acknowledged that some of the categories were drafted very broadly. For instance: “Positions necessary to carry out or enforce treaties or other international obligations.” But DoD expects its officials to use the authorities as sparingly as possible.

“Designated officials will really have to look at the functions of the position, the duties and make sure that they are absolutely necessary to meet our national security or public safety responsibilities,” the official said. “True, we accept risk every day, but the officials will have to provide alternatives and look for ways to meet the department’s needs without filling the position.”

In addition to the specific mission areas Work identified in the memo, which also include childcare workers, firefighters and police, nuclear operations, intelligence, civilian mariners, medical and mortuary staff and several others — DoD organizations will be allowed to grant additional exceptions if they can make the case that they have critical national security hiring needs that aren’t addressed in the exemption guidance. If they choose to use that authority, they’ll have to submit reports justifying each position they fill.

Trump’s executive order and DoD’s new guidance also expressly forbid managers from using additional contractor personnel to circumvent the intention of the hiring freeze, which is meant to gradually reduce the size of the workforce through attrition. But because of their decentralized nature, service contracts are notoriously difficult to monitor from a headquarters level; DoD has struggled over the years even to count the total number of contractors in its employ.

“The designated officials will really need to be cognizant of that,” the Defense official said. “It will be their responsibility to monitor that.”

Beyond the specific exceptions identified in Work’s memo, such as those for depot maintenance personnel, the guidance does not make any broad allowances for employees whose salaries are paid through self-sustaining accounts like non-appropriated funds or working capital funds, even though those positions are not directly connected to DoD’s appropriated spending. In general, the freeze applies to all hiring, regardless of a position’s funding source.

Also notably absent from the list of exceptions was DoD’s acquisition workforce, which has been the subject of a gradual but concerted rebuilding effort following major cutbacks during the 1990s. Nineteen members of Congress wrote to the president on Wednesday asking for an exemption for contracting and acquisition personnel, apparently to no avail.

“In an effort to secure a fair and reasonable price, these federal civilian professionals are gradually contributing to the force restoration our military so desperately needs,” the lawmakers wrote. “Each Service currently confronts a readiness … our military needs its acquisition personnel fully staffed and fulfilling their public service. Yet the military departments are now interpreting the hiring freeze memorandum to include these federal civilians essential to national security and military readiness.”

Defense officials were not able to quantify the total number of positions that would be affected by the exemptions, nor provide an estimate of how quickly the workforce would shrink with the freeze (and the exceptions) in place. But in general, 7-to-8 percent of DoD’s workforce departs each year through separations and retirements. The Air Force has estimated that the freeze will leave about 13,000 of its civilian positions vacant within about four months, but that figure was calculated before DoD announced its exemption policy.

Over the long term, the Pentagon hopes to use the hiring freeze and the process it’s now undertaking to prioritize positions for their national security importance in order to make broader workforce shaping decisions, including to comply with Trump’s order for the government to come up with a comprehensive strategy for reducing the size of the federal workforce, beyond merely freezing hiring.

“This is really an opportunity for the department to assess its most critical missions and requirements, ensuring that members of our civilian workforce are assigned and capable of executing our highest-priority work,” the official said. “The department’s guidance will help us accomplish this objective and ensure that resources are allocated in a manner that will promote effective and efficient use of taxpayer dollars. While remaining consistent with the president’s objectives, the department will ensure that applicants for DoD positions are treated fairly and consistently as the policy is implemented.”

A full list of the specific exemptions Work identified in his memo is below: 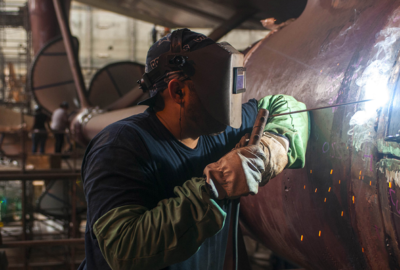