The Defense Innovation Board is turning its attention to the Defense Department’s data problems.

The board is investigating the establishment of a secure global data repository for the Pentagon. But, as the board continues its business, some wonder how seriously it will be taken now that the leadership that put it into place has ridden off into the sunset.

DIB, which is made up of some of the most successful business minds in the tech world, might approve a recommendation to create a one-stop shop for the Pentagon’s gigantic collection of data.

“Data as a strategic asset needs to be managed different than it is now,” said Eric Schmidt, board chair and executive chairman of Alphabet, during an April 4 meeting.

In their travels to different bases and commands, the board members said they found that data was dispersed and inaccessible to different DoD components. Data was siloed in services, trapped in old legacy systems and shelved away where no one could find it.

The purpose of a singular repository would be to make the right data available to DoD when it’s needed.

Getting there is a long road, however. Six leaders from the military services and DoD testified before the board about the state of data. Some said DoD had so much data it doesn’t even know how to handle it, while others said data was hardly accessible and impossible to obtain.

“In every given day in the Air Force [intelligence, surveillance and reconnaissance] enterprise 22 terabytes of data are collected in an attempt to exploit it. You cannot exploit 22 terabytes of data the way we are doing things today. That is equivalent to 5 1/2 seasons of NFL video or two times the holdings of the entire printed version of the Library of Congress,” said Lt. Gen. Jack Shanahan, director for Defense Intelligence for Warfighter Support. “It means we are beginning to overwhelm our analysts who are on the back end of this great backstory who have to exploit, analyze and disseminate the data.”

But other parts of DoD feel completely differently. Bess Dopkeen, a senior analyst for Cost Assessment and Program Evaluation, said data is hard to come by in the acquisition world.

“Timely authoritative data is not available for real analysis. We do not have the amazing amounts of data you’d assume we have, we’ve never strategically collected it. Everybody fights the strategic collection and sharing of data everywhere you turn,” Dopkeen said. “There is no real acquisition data system. The only one that exists collects data on only the biggest programs.”

If there were to be a central repository for data, DoD and the board members still have some planning to do.

Board member and astrophysicist Neil deGrasse Tyson said he feared a Library of Alexandria situation, where the library burns down and all of the world’s most important data is lost.

Through all the talk and possible recommendations, some want to know if the innovation board is even relevant anymore.

The board was created by former Defense Secretary Ash Carter, a futurist of sorts who prioritized technology. But will that mission be passed on to the Trump administration?

The board members seemed to think so. Talking with reporters after the meeting, Schmidt said they had the support of Defense Secretary James Mattis.

Under Carter, DoD moved quickly by government standards to implement some of the board’s recommendations from the past.

The board’s recommendation to build innovation capacity in the workforce caused the department to establish a partnership with 1776, a technoloy incubator company, to change DoD culture.

DoD ran multiple hackathons and the Army launched pilot to directly commission cyber experts the way it does doctors and lawyers to better recruitment measures for needed talent.

“I’ve been on three [government] committees and this is more happening in one year than I have ever seen,” Tyson said.

Schmidt said the board saw an immediate response, but DoD is such a large environment he still skeptical about how big the effect of those changes will be. 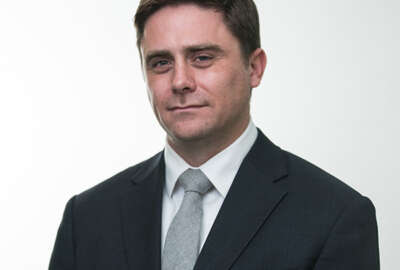 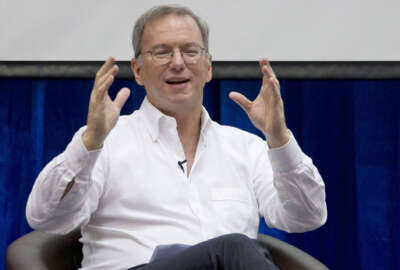 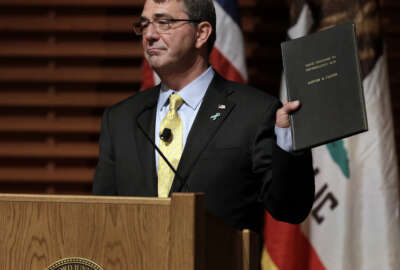