A chief innovation officer, a digital ROTC, embedded software teams — these are just a few of the ideas the Pentagon’s Defense Innovation Advisory Board is preparing to explore over the coming months.

The board has gained some notable names since its conception in March. It’s headed by Eric Schmidt, executive director of Google’s parent company Alphabet and former software engineering wunderkind. Pop culture phenomenon and astrophysicist Neil DeGrasse Tyson also lends his thought power to...

A chief innovation officer, a digital ROTC, embedded software teams — these are just a few of the ideas the Pentagon’s Defense Innovation Advisory Board is preparing to explore over the coming months.

The board has gained some notable names since its conception in March. It’s headed by Eric Schmidt, executive director of Google’s parent company Alphabet and former software engineering wunderkind. Pop culture phenomenon and astrophysicist Neil DeGrasse Tyson also lends his thought power to the board, along with Instagram Chief Operating Officer Marne Levine.

But can these tech and industry bigwigs inject meaningful ideas into the Gordian knot of bureaucracy that is the Defense Department?

During their first public meeting Oct. 5 at the Pentagon, the inventive bunch seemed to think they could.

“I can tell you the recommendations I’ve seen coming from this group are already [penetrating DoD],” said William McRaven, chancellor of the University of Texas System and former commander of U.S. Special Operations Command during a meeting with reporters. “The fact that they are not steeped in the Department of Defense may be the best aspect of what the board brings. It’s because they are looking at it from an outside perspective. I can certainly help and other member can in helping them navigate what the minefields of the Defense Department might be, but at the end of the day we want an outside opinion.”

The members of the board admitted that besides McRaven, their experience with DoD or even working for government is limited. A couple served on previous boards or had a short stint in government.

Still, Schmidt said the board is up for the challenge.

“Traditionally, these sorts of activities end up writing a very thoughtful report, which is very well researched, but has relatively little impact. We are not going to write that. … We view ourselves as more of a contact sport,” Schmidt said.

Ben FitzGerald, a senior fellow at the Center for a New American Security, thinks it comes down to expectations and what the defense secretary is going to do with the board’s recommendations.

“In that way the Defense Innovation Advisory Board is no different than the Defense Business Board or the Defense Science Board or the Defense Policy Board, where its utility is almost always a function of the guidance they are given from senior leaders and the extent to which their studies are actually implemented. [The impact] remains to be seen,” FitzGerald told Federal News Radio.

The board’s charter simply says it shall give the defense secretary and deputy defense secretary “independent advice and recommendations on innovative means to address future challenges in terms of integrated change to organizational structure and process, business and functional concepts, and technology applications.”

While Defense Secretary Ash Carter is gung-ho about the board, there are no guarantees he will stay in his position past January when a new presidential administration takes over.

If the new secretary is unfriendly to the board, its recommendations may fall on deaf ears.

In the meantime, the board has a lot of exploring to do. It has created one subcommittee for science and technology and the members came to the public meeting with a slew of recommendations for the board to explore.

One idea is to create a chief innovation officer to harness pockets of innovation within DoD and encourage them to share best practices and coordinate ideas.

The chief innovative officer would also look to lower levels in DoD for innovation.

“The basic bargain could be if you enroll and agree to give the military a certain amount of your time, the military could pay your tuition. … In addition to training and leadership skills, service members in this program would be expected to take coursework and master key elements of cyber operations and cyber defense,” Levine said during the meeting.

The board has yet to make any formal recommendations. Board members plan to visit U.S. Central Command and U.S. Pacific Command and are making a list of other areas to visit.

“If I were to guess I would say we will try to touch every part of [DoD], but we won’t get it done by January. I think there will be further things in 2017, it’s not clear to me what will happen after that,” Schmidt said, but the board will have its initial recommendations out by then. 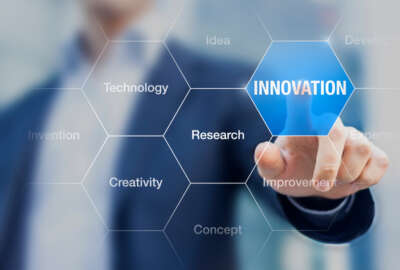