As the government prepares reorganize everything from the Postal Service to the Office of Personnel Management, one department is suspiciously absent from the plan.

The Defense Department, which commands a budget of more than $700 billion, only has 14 mentions in the 132 page plan to slim down the government.

DoD is also missing from...

As the government prepares reorganize everything from the Postal Service to the Office of Personnel Management, one department is suspiciously absent from the plan.

The Defense Department, which commands a budget of more than $700 billion, only has 14 mentions in the 132 page plan to slim down the government.

DoD is also missing from the list of 15 departments, agencies and administrations who submitted plans to internally cutback and reorganize.

The reorganization plan’s only recommendations for the Pentagon involve areas not traditionally thought of as military responsibilities.

Former Associate Director for the Office of Personnel Management Robert Shea told Federal News Radio that DoD’s lack of presence in the plan is a continuation of special treatment the Pentagon gets from policy and lawmakers.

“DoD is in many cases immune from a lot of management improvement efforts that go on outside of government, mostly because of the authority they have on the Hill. I think there is plenty of reduction and overlap and duplication you could [find] at DoD,” Shea said.

DoD stands alone as the only department to never have performed an audit. The Pentagon is planning its first audit for the end of this year to much anticipation.

There is plenty of waste and duplication within the Pentagon.

A high profile 2015 report from the Pentagon stated DoD could save $125 billion over five years just by cutting contractors and streamlining some practices. That money could be saved without firing a single person.

“The growth in Defense infrastructure has been continuous,” Arnold Punaro, a member of the Defense Business Board, told the Senate Armed Services Committee in 2015. “The tendency has been to add, rather than subtract. As we have added more staff, more layers and more infrastructure, we have slowed the decision process, expanded the number of players and made the overall system more risk averse, at a time when we need to take more risk and make quicker decisions.”

“It’s ludicrous to not include the Department of Defense, particularly since there are opportunities to enhance oversight and return to taxpayers by focusing on the agency with the largest discretionary budget,” Smithberger told Federal News Radio. “One thing we would have loved to see in this proposal is creating a federal contract audit agency, for example, which would provide support to the Defense Department and the other federal agencies spending billions in contracts every year. The department faces real challenges, both restoring readiness and fixing an acquisition system that consistently delivers weapons that are over-cost and under-deliver. Vice Chairman of the Joint Chiefs of Staff Gen. Paul Selva even acknowledged that money isn’t the problem when it comes to the needs of the Department — the answer is reform.”

The plan does have some small reforms for DoD.

It moves the Army Corps of Engineers Civil Works from DoD to the Transportation and Interior departments.

The Trump administration contends the two departments have similar missions to the Corps.

“Aligning and consolidating Corps civil works mission areas into those of DOT and DOI would increase consistency of Federal policy and actions in both transportation and natural resource management, resulting in more rational public policy outcomes,” the plan stated.

The plan also moves the responsibility of background investigations for security clearances and employment from OPM to DoD.

The administration stated DoD will be able to use its enterprise capabilities to quicken the process. DoD formerly ran the background investigation process until it was brought to OPM in 2005.

The Pentagon is undergoing its own endeavor into streamlining processes and reducing duplication.

Upon taking office Defense Secretary Jim Mattis sent out a memo stating DoD will look at its business practices.

“We owe it to every U.S. citizen to build a military that is as effective and efficient as possible,” the memo stated. The 2019 to 2023 defense program will “contain an ambitious reform agenda, which will include horizontal integration across DoD components to improve efficiency and take advantage of economies of scale. “

The DoD CMO office recently released a business operations plan, which, in part, onlines ways DoD can reduce duplication and save money.

The plan states the department must “accelerate its pace to streamline business processes and organizations, move to more shared enterprise-wide services, and leverage enterprise data throughout the Department to improve governance.”

The business plan also states DoD needs to optimize its organizational structures and will use the CMO office to investigate where there is waste. 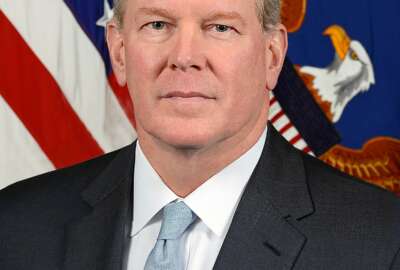