Senators and veterans groups have started signaling that they are receptive to President Donald Trump’s unexpected decision to nominate Robert Wilkie as the next secretary of the Veterans Affairs Department.

It is conceivable that Wilkie — whom the president appointed to lead VA on an interim basis after firing David Shulkin — will be confirmed as its permanent secretary in a matter of weeks.

If and when that happens, it will leave a gaping hole in the...

Senators and veterans groups have started signaling that they are receptive to President Donald Trump’s unexpected decision to nominate Robert Wilkie as the next secretary of the Veterans Affairs Department.

It is conceivable that Wilkie — whom the president appointed to lead VA on an interim basis after firing David Shulkin — will be confirmed as its permanent secretary in a matter of weeks.

If and when that happens, it will leave a gaping hole in the leadership of the Defense Department’s personnel shop, the organization which the Senate confirmed Wilkie to lead in March. The office of the undersecretary for personnel and readiness has five Senate-confirmable positions and up until now, Wilkie’s seat was the only one the Trump administration had managed to fill.

The Obama administration also had a great deal of trouble hiring and keeping political appointees in the P&R office: 11 different people served in the undersecretary job in either a permanent or acting capacity from 2009 though the end of last year.

Confirmation process not worth it?

The difficulty in staffing the office is wildly out of proportion with the Pentagon’s expenditures and stated priorities. About half of the department’s budget goes to personnel, and Defense Secretary James Mattis has prioritized the restoration of readiness as part of the administration’s first national defense strategy.

The easy explanation for that mismatch is that very few people are willing to endure a Senate confirmation process in order to take a job that has not proven itself to be especially influential within the Pentagon in recent years, said Mackenzie Eaglen, a national security fellow at the American Enterprise Institute.

“The secretariat is too far gone to be saved at this point, absent a bold and dramatic leader empowered by the secretary of Defense, and backed with political ammunition to break glass inside the bureaucracy,” she said.

Candidates for those leadership positions, she argued, are much more likely to be drawn toward senior jobs that the Pentagon has clearly demonstrated that it cares about and whose views will inform decision making, such as the undersecretary for policy or the two separate undersecretariats that now make up DoD’s acquisition bureaucracy.

In an op-ed last fall, Eaglen and Todd Harrison, another of Washington’s most respected defense scholars, argued that it is time to eliminate P&R altogether.

They argued that the office has tended to serve as a bureaucratic bulwark against the sorts of personnel policy reforms the Pentagon needs in order to recruit and retain a 21st century workforce, mostly finding reasons to say ‘no’ to proposals from the military services.

The one recent exception was Brad Carson, the Obama administration undersecretary who spearheaded then-Defense secretary Ash Carter’s “Force of the Future” initiative, but was ultimately forced to resign. This was mostly because DoD had failed to adequately consult with Congress before launching the project.

“Congress’ sharp reaction to Carson’s smart push for meaningful reforms is somewhat understandable given P&R’s history of banality,” Eaglen and Harrison wrote. “Lawmakers weren’t used to the office serving as a fount of fresh ideas. With the exception of Force of the Future, most of the major personnel policy changes in recent memory have come from outside the Pentagon, mainly from Congress and independent commissions.”

It is hard to say whether the Trump administration’s failure to fill the P&R office with appointees that might carry out its personnel policies spring from a general lack of attention to the personnel shop, or difficulties in recruiting qualified candidates who might be willing to go through the confirmation process.

It is, inherently, a political process, a lesson Dean Winslow learned at a confirmation hearing last November.

Winslow is a former Air Force combat surgeon whose service included six overseas deployments, and is now a professor of medicine at Stanford University. His nomination to be the assistant secretary of Defense for health affairs appeared to be on an easy glidepath.

But he doomed his chance to be confirmed when, in response to a question about the mass shooting in Sutherland Springs, Texas, last year he opined that civilians should be restricted from purchasing semiautomatic rifles.

“I’m very disappointed that I won’t be able to serve,” Winslow told Stanford’s newspaper, The Daily. “The fact is, I stand by what I said at the hearing.”

Since then, the Trump administration has nominated just one other official to serve in DoD’s personnel shop: James Stewart, who would serve as the department’s assistant secretary for manpower and reserve affairs.

In his own confirmation hearing on May 10, Stewart, a retired Air Force major general, appeared alongside several other nominees and did not commit any gaffes. If he is confirmed by the full Senate before Wilkie officially departs for VA, he will be the sole senate-confirmed official within DoD’s personnel and readiness office.

In the meantime, P&R still has all of the legal responsibilities Congress assigned it: to be the Defense secretary’s principal advisor for personnel matters. For the time being, it’s being led by highly-capable career civil servants with no particular political bent.

The obvious downside is that those officials, almost by definition, aren’t empowered to devise or implement anything particularly innovative: their main function is to faithfully maintain the personnel policies that are currently on the books.

I asked Eaglen: Isn’t this a nightmare scenario if you believe P&R ought to be disposed of altogether? After all, the bureaucracy is still intact, but the whole thing is being run by, well, actual bureaucrats instead of politically-appointed officials who are supposed to be responsive to the current administration’s priorities.

“This is a terrible state of affairs,” she said. “I should caveat it by saying, however, that the bureaucracy of P&R knows how to keep the trains running on time all too well actually without a person at the top. And that is part of the problem. In recent times, the office is regularly without a political appointee. It has had too many ‘acting’ officials leading it, which has its own deleterious effects that span changes in administrations.” 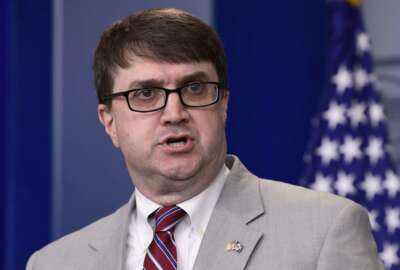 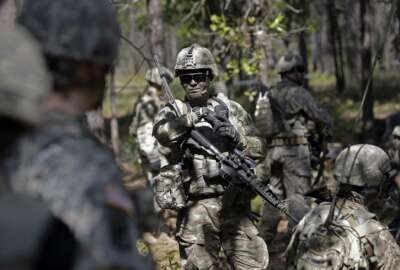 DoD memo starts to cleave its acquisition office in half, reassigns workforce