Best listening experience is on Chrome, Firefox or Safari. Subscribe to Federal Drive’s daily audio interviews on Apple Podcasts or PodcastOne.
Army will split IT leadership structure in two, reskill workforce
The Army is the third military department in the past year-and-a half to announce major changes to the IT governance structure at its headquarters. At the end of August, the organization long-known as CIO/G-6 will cease to exist as the Army divides its top information...

Army will split IT leadership structure in two, reskill workforce

The Army is the third military department in the past year-and-a half to announce major changes to the IT governance structure at its headquarters. At the end of August, the organization long-known as CIO/G-6 will cease to exist as the Army divides its top information technology leadership office in two.

Neither of the new appointments have been made yet, but under the new structure, the Army will have a dedicated chief information officer, presumably a senior civilian, who reports directly to the Secretary of the Army. That official will mainly be in charge of developing Army IT policy and overseeing its $12.9 billion budget.

The G-6 will be a three-star military officer who reports to the Army chief of staff, just as the CIO/G-6 does today, but will focus more on executing the IT policy and budget.

Lt. Gen. Bruce Crawford, the current — and final — CIO/G-6, said the changes aren’t so much a reflection of problems with the current structure as they are of the fact that the information technology landscape has changed dramatically since 19 years ago, when the Army first combined the two roles.

“One of the attributes of high performing organizations is you’re constantly assessing your current posture against the path that you’ve been given,” he told reporters Friday. “It was a matter of assessing whether the assumptions that went into forming the organization were still true. And I would argue that many of those assumptions have been overcome by the significant advancements in technology.”

One assumption that hasn’t changed: For the new structure to work, the two offices will need to stay “horizontally integrated” so that as senior leaders come and go in the coming years, their technology priorities don’t diverge from one another.

Crawford said it will take three to four years for all the changes to come to fruition, but he believes the nascent implementation plan for the split-up will keep the two offices tightly linked. Earlier this month, the Army conducted a series of rehearsals to test how the concept would work in the real world.

“We invited essentially every chief information officer and G-6 — and there’s about 30 of them throughout the Army — and we pulled the hardest mission threads that we could possibly find,” he said. “One had to do with resourcing, the other had to do with cloud and data, and one had to do with people. So we’re now in the process of unpacking what we learned from that rehearsal of concept drill, and then integrating the salient points and lessons that we learned into the actual implementation plan.”

Officials believe they can divide the CIO/G-6 organization without a significant expansion of staff or spending. But it’s too early to tell exactly which functions — or which personnel — will move to one office or another.

“No one will lose their jobs in this restructure. It’s really about the great qualities they bring today, and it’s really a tremendous opportunity to upskill and reskill the current excellent workforce for the future,” said Greg Garcia, the Army’s deputy CIO. “There’s a significant shift in the complexity and correlation of IT technology, cybersecurity, information management and data management. There’s been an emergence of the chief data officer, there’s been the emergence Army Cyber Command as an organization. These all will drive the need to improve mission outcomes with the application of cloud and data analytics AI machine learning. So we’ll be allocating individuals to the functions that are decided in the organization of the CIO and the G-6, but we’re looking not only to move them, but to upskill and reskill them.

The upskilling and reskilling project will fall under the banner of a new initiative the Army is calling “Quantum Leap.” Specifics are still being worked on, but the service will work with a still-unspecified “non-traditional” educational partner to create new professional development opportunities for all 15,000 members of its cyber and IT workforce — not just the CIO/G-6 staff.

Crawford said the initiative will use a virtual approach to training employees, and the Army hopes to reskill the first tranche of 1,000 between now and 2023.

“While we’re in the process of realignment, this is an opportunity to take billets that won’t necessarily be needed and recode them toward some of the data and analytic and cloud-centric skill sets we’re going to need in the future,” he said. “In some cases, we’ll need to send people away to school for two years for data science and some of these other skills … but most of academia recognized over the last couple of years that they had to pivot away from the traditional approach of instruction, because people learn differently now. And they’ve really started to make investments in online training in the virtual space.” —JS

Government contracting associations have made clear they believe their industry can’t comply with a key deadline to eliminate products made by ZTE and Huawei. The Pentagon now says it agrees.

At issue is a provision in the 2018 National Defense Authorization Act that required the Chinese telecom makers’ products to be removed from the government supply chain. The first part, “Part A,” took effect last August, forbidding companies incorporating those companies’ technologies anything they sell to the government.

But a much more far reaching provision, Part B, set to take effect this August, also bans the government from doing business with companies who make “substantial” use ZTE and Huawei systems in their own business operations.

“If you look all the way down the supply chain, it is a heavy lift to find all of this equipment everywhere,” Ellen Lord, the undersecretary of Defense for acquisition and sustainment told the House Armed Services Committee last week. “The thought that somebody six or seven levels down the supply chain could have one camera in a parking lot — and that would invalidate one of our major primes being able to do business with us — gives us a bit of pause.”

Lord said DoD supports the law’s intent, but the deadline needs to be extended.

In a joint letter to Congress in April, the Professional Services Council and the National Defense Industrial Association suggested lawmakers delay the implementation date until April, partly because the coronavirus pandemic has made it almost impossible for companies to conduct the reviews they would need to do to ensure they’re not using any ZTE or Huawei gear within their businesses.

“While we agree that Part B addresses a significant problem in defense supply chains, and that additional measures are needed to protect DOD information assets from covered equipment, COVID-19 has made the current implementation timeline infeasible,” the associations wrote. “Postponement of the deadline will provide the government with better assurance of achieving its supply chain security objectives with the least disruption and harm to the vendor and supplier base. Additionally, without the postponement, aerospace and defense companies that supply equipment or services supporting the ongoing COVID-19 pandemic would be severely impacted.” —JS

U.S. Transportation Command said it’s agreed to make changes to the multi-billion dollar contract it awarded in April to conduct a massive overhaul of the military moving system.

In a statement, TRANSCOM said it had decided to respond to the protests by taking corrective action, but did not disclose what problems it’s seeking to address.

“An interested party has presented USTRANSCOM with information that they believe should have been considered in the Global Household Goods Contract award decision,” said Dave Dunn, a command spokesman. “USTRANSCOM intends to take corrective action to consider this new information, gather facts, and conduct a review of the award.”

Dunn said TRANSCOM expects to wrap up its corrective action “in the coming weeks” after it’s fully reviewed the unspecified allegations.

Once the contract is in place, DoD plans to use it to make major changes to the way it manages military members’ household goods moves. The current system is somewhat ad-hoc: 42 separate regional DoD offices hire private companies on a move-by-move basis. Under the GHC contract, the Pentagon is aiming for a more centralized process in which a single managed service provider sets up long-term relationships with moving companies — in theory, giving DoD better ways to manage supply and demand in the moving industry. —JS

The Space Force saw an overwhelming response after it asked officer and enlisted airmen to volunteer to switch services. About 8,500 airmen raised their hands to help fill in the ranks of the Space Force. The service currently has fewer than 100 members — the newly graduated cadets from the Air Force Academy, plus the top enlisted officer and the chief of space operations.

The Space Force will only take 6,000 of those who volunteered. The airmen come from 13 different career fields, including space operations, developmental engineer, acquisition management and geospatial intelligence.

Transfers in space specialized fields will begin in September and common jobs moving over to the Space Force will not start until next February. For common job volunteers, transfer boards will be scheduled between July and November and the results will be announced 30 days after each board is completed.

“We are excited to continue to move forward and build the ranks of the Space Force with these great volunteers,” Chief Master Sgt. Roger Towberman, senior enlisted advisor of the Space Force said in a statement. “Our priority over the next several months is to ensure we optimize the talent of both services and offer a transition that is seamless and befitting each individual and their loved one’s commitment to our Space Force.” — SM 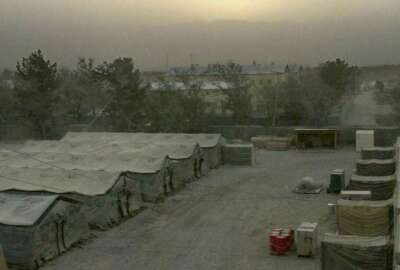 Air Force moves ahead with headquarters-level merger of intel, IT functions