The Pathway to Digital Transformation in Government 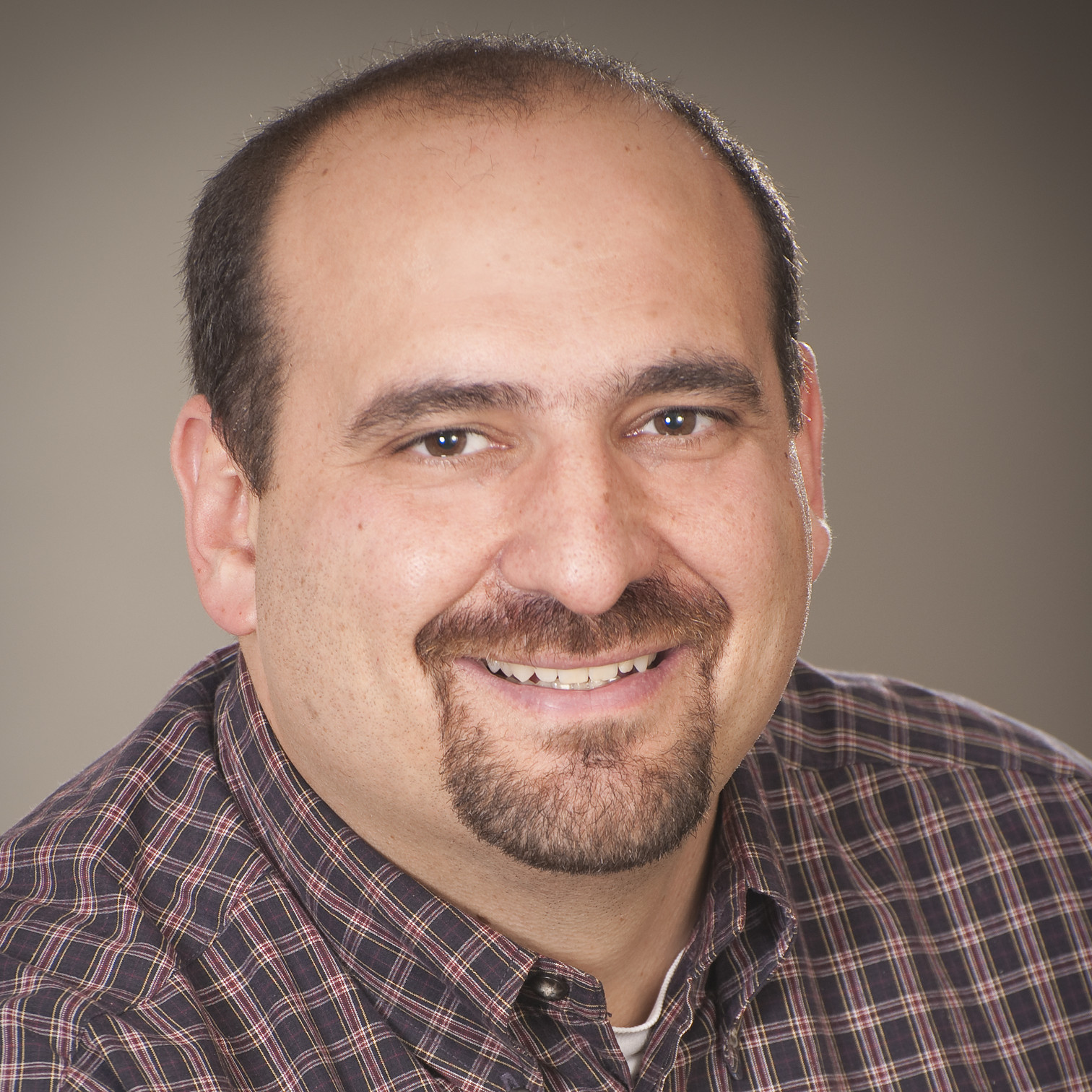 IDC Government Insights says agencies embarking on this transformation journey–it’s definitely a marathon, not a sprint—and agencies need to understand the return on investment in moving off legacy systems and modernizing processes. This includes the long-term lifecycle costs of the new technology as much as the potential savings or cost avoidance of moving away from the current infrastructure set up.

The challenges are immense for agencies to transform. A recent survey finds the workforce, including...

IDC Government Insights says agencies embarking on this transformation journey–it’s definitely a marathon, not a sprint—and agencies need to understand the return on investment in moving off legacy systems and modernizing processes. This includes the long-term lifecycle costs of the new technology as much as the potential savings or cost avoidance of moving away from the current infrastructure set up.

The challenges are immense for agencies to transform. A recent survey finds the workforce, including executives, need to be more tech-savvy and have different skillsets. Agency IT infrastructures are more likely to be an obstacle than an enabler to digital transformation.

But help is on the way. The survey says organizations are looking at, and in some cases using, emerging technologies such as software-defined networking (SDN),  network functions virtualization (NFV) and doing a better job of understanding the ever-increasing value of better data analytics.

SDN, NFV, data analytics, and mobile devices provide agencies with greater flexibility to address citizens’ needs as they arise whether commenting on a rule or looking at a 10k filing.

In the end, we all realize these technologies really are just the enablers to improve citizen services and satisfaction with the government.

But without improving the underlying technology and processes, the end result will be harder to achieve.

Imagine this “Medicare 2020” scenario. A retiree, living anywhere, receives a text message alerting her to a potential medical issue. It’s been detected by a cloud based medical analytic that had knowledge of her pre-existing conditions, access to results of recent blood work, and the data from her fitness wearable. It had access to her volunteered dietary information. Plus it gathered information from her implanted cardiac monitor.

The alert helped ensure she received medical attention before anything serious could develop.

Dave Mihelcic, the author of that vignette, is the federal chief technology and strategy officer for Juniper Networks.

He says the technologies for doing what he describes all exist. What’s required for what he calls this “digital cohesion” is the orchestration of existing automated data flows and applications.

The knitting together of digital services such as geospatial mapping, communications and online ordering has disrupted industries. It can also disrupt government services in a positive way, Mihelcic says.

Mihelcic sees “a future in which applications will automatically connect.” Systems will “self-assemble applications and data into compelling megaservices. Those are going to enhance our lives in ways we can’t even imagine today.”

An important enabling technology, says Mihelcic, will be software-defined networking. It frees networks from underlying hardware so they – and the applications and data they support – become portable and cloud-deployable.

David Mihelcic is the Head of Federal Strategy and Technology supporting the Juniper Networks Federal sales, engineering, and operations teams. In this role, David is responsible for supporting the design and implementation of automated, scalable and secure networking solutions that meet government customer expectations, satisfy technical and certification requirements, and support global government missions.

David joined Juniper Networks in February 2017 following 18 years with the Defense Information Systems Agency (DISA), where he retired as Chief Technology Officer, a position he held for more than 12 years. He served as the DISA senior authority on scientific, technical, and engineering matters and developed the DoD’s enterprise-wide systems engineering (EWSE) process and plan. He also established DISA’s board for facilitating and governing cross-program integration and synchronization.

David was appointed to the Federal Senior Executive Service at DISA in 1999 and in 2007 he was selected to receive the Presidential Rank Award in recognition of a sustained record of exceptional professional and technical performance. Before joining DISA, David led the Network Security Section of the Naval Research Laboratory and was a Senior Consultant with SRI Consulting.

David is a graduate of the University of Illinois at Champaign-Urbana where he earned a Bachelor of Science degree in Electrical Engineering.

Ms. Dyson has held key positions in the Office of Information Technology (OIT) since she came to the Commission in 2010, including Acting CIO and Deputy CIO. As Deputy CIO, Ms. Dyson played a leading role in enhancing the SEC’s technological capabilities and modernizing key service delivery platforms and business applications. Ms. Dyson began her SEC career as Assistant Director for Enterprise Operations. Before joining the SEC staff, she was the Deputy CIO for the U.S. International Trade Commission.

Ms. Dyson received her bachelor’s degree from the University of Maryland in College Park.

Originally from Ellijay, GA, Tim served 6 years in the US Navy as a Data Systems Technician from 1996-2002.  His sea duty was aboard the USS Wasp, LHD-1, maintaining the ship’s combat systems and fire control radars as a member of the C4I department.

Upon his honorable discharge from the Navy, Tim began supporting NAVSEA’s Combat Direction Systems Activity (CDSA) Dam Neck, VA.  There he supported all surface combat systems aboard CV and L class hulls.  Support for these systems ranged from onboard technical assistance to system engineering activities in the design and development of new combat system capabilities.

Tim entered Navy civilian service as a computer scientist in 2009 in support of CDSA Dam Neck during which time he lead and managed the Battle Force Tactical Training’s (BFTT) In-Service Engineering Activity (ISEA) lab, was the government lead for the BFTT Integrated Logistics Support (ILS) team, and managed the delivery of BFTT systems to Australia under the Foreign Military Sales (FMS) program.  Tim transitioned in 2011 to the role of Information Assurance Systems Engineer (IASE) for NAVSEA PEO IWS 7C during which time he achieved certification as a Certified Information Systems Security Professional (CISSP).  While in this role he managed all aspects of the cyber security program for combat training systems owned by PEO IWS 7C.

David A. Shive is the Chief Information Officer for the U.S. General Services Administration. Mr. Shive oversees the GSA IT organization, and is responsible for information technology operations and ensuring alignment with agency and administration strategic objectives and priorities. He joined the U.S. General Services Administration’s Office of the Chief Information Officer in November 2012. Concurrent to his role as CIO, David served as the Acting Commissioner of the newly formed Technology Transformation Service from July – November 2016.  Prior to being named CIO, he was the Director of the Office of Enterprise Infrastructure, responsible for the enterprise information technology infrastructure platforms and capability that support the GSA business enterprise.  He was also the Acting Director of HR and FM Systems for the GSA CFO and CPO offices. Prior to joining GSA, he served in the District of Columbia government as a Chief Information Officer.  In this role, Mr. Shive had executive responsibility for agency IT operations including financial systems, security and privacy programs, internal controls and compliance, strategic planning, enterprise architecture and performance management and measurement programs and directed the transformation of enterprise systems and processes, to public/private cloud hybrid. He holds an undergraduate degree in physics from California State University, Fresno; a master’s degree in research meteorology from the University of Maryland College Park; and a post-graduate management certificate from the Carnegie Mellon Graduate School of Industrial Management. 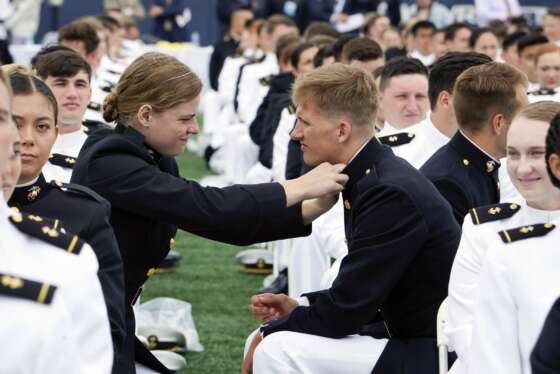