Securing federal mobility from the full spectrum of mobile risk

But – and there’s always a but – as federal employees and federal IT systems become more mobile, mobile cybersecurity challenges have multiplied. Deployment of enterprise applications on mobile devices has added to the threats. Now IT and security operations center staffs find themselves dealing with a variety of mobile-specific cyber threat vectors including man-in-the-middle attacks, errant apps, adware and ransomware, and employee attempts to root mobile devices.

To look into best practices and the...

But – and there’s always a but – as federal employees and federal IT systems become more mobile, mobile cybersecurity challenges have multiplied. Deployment of enterprise applications on mobile devices has added to the threats. Now IT and security operations center staffs find themselves dealing with a variety of mobile-specific cyber threat vectors including man-in-the-middle attacks, errant apps, adware and ransomware, and employee attempts to root mobile devices.

To look into best practices and the current thinking in how to deal with advanced mobile threats, Federal News Radio convened a panel of federal and federal market practitioners. They included:

Varine stressed that mobility in many ways remains in infancy relative to what will come in the next 10 years. But he’s looking to fiscal 2018 for the release of new mobile security metrics as he oversees mobile deployments across DOJ. For Franklin, the challenge is making sure NIST guidance – particularly in Special Publication 800-124 – stays out in front of the market and the threat environment.

Sritapan’s agency has released its own comprehensive guidance for federal mobile security. He tells feds to be careful of too much data aggregation on mobile devices and to be aware of an emerging set of threats related to the three radios aboard the average smart phone – cellular, Wi-Fi and Bluetooth.

For Stevens, the issue is bringing in security capabilities beyond what is provided by mobile device management and enterprise mobility management software. Such add-on solutions may be most efficient if accessed in a cloud hosted way.

Joshua Franklin is a cybersecurity practitioner at the National Institute of Standards and Technology (NIST) focusing on mobile security, cellular security, and electronic voting. Joshua leads the Mobile Security Program at the National Cybersecurity Center of Excellence (NCCoE), and the Mobile Data and Application Isolation research intended to secure mobile devices used by first responders.

Brian Varine is currently Chief of the Department of Justice (DOJ) Security Operations Center, which is responsible for enterprise-wide network monitoring and incident response management.  He manages the everyday functions of this 24/7/365 team, including cyber threat analytics, cloud and mobile security, tool evaluation and implementation, and security architecture.  Prior to joining DOJ, Mr. Varine held the position of Director of Cyber Incident Management, where he led the daily operations of the Joint Cybersecurity Coordination Center.  He has also held leadership positions at the Department of Energy, US Immigration and Customs Enforcement, Maryland Army National Guard, as well as several commercial companies. Mr. Varine received his Bachelor of Science in Business/Management Information Systems from Oregon State University.

Sritapan teaches cyber as an Adjunct Assistant Professor at Northern Virginia Community College and is a direct commissioned Information Professional Officer in the United States Navy Reserve. He is a National Science Foundation CyberCorps Scholarship for Service Alumnus and an Office of the Director of National Intelligence—Intelligence Community Scholar Alumnus.

Bob Stevens is Vice President of Public Sector at Lookout where he focuses on helping government agencies secure data and internal app stores while respecting employee privacy. A government technology executive for more than 25 years, he started his career as an engineer in the Air Force, and later served at the White House Communications Agency, before going on to lead Symantec Federal and helped establish Juniper Networks Federal Systems. 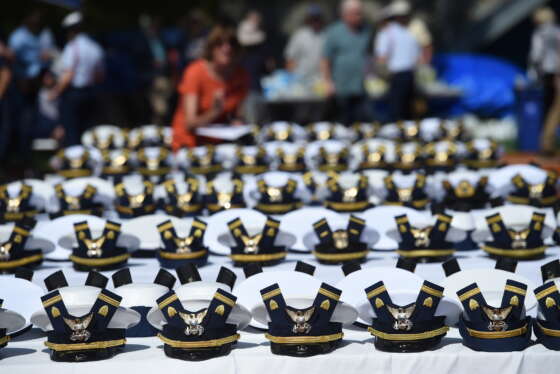