President Barack Obama signed the bill containing the continuing resolution  into law Sept. 29—just about 36 hours before the end of fiscal 2016.

The President’s signature comes about 16 hours after members of the House passed a “clean” funding bill 342-85 Wednesday night. Agencies now are funded at the most at 2016 levels through Dec. 9.

Despite avoiding a shutdown of the federal government, Rep. Donna Edwards (D-Md.) said Congress has only delayed the work of...

President Barack Obama signed the bill containing the continuing resolution  into law Sept. 29—just about 36 hours before the end of fiscal 2016.

The President’s signature comes about 16 hours after members of the House passed a “clean” funding bill 342-85 Wednesday night. Agencies now are funded at the most at 2016 levels through Dec. 9.

Despite avoiding a shutdown of the federal government, Rep. Donna Edwards (D-Md.) said Congress has only delayed the work of passing a comprehensive budget deal for fiscal 2017.

“When we return in a lame-duck session after the elections, we must pass legislation that will keep the government open throughout FY17, which will provide federal agencies and businesses the long-term certainty to create jobs and grow our economy,” Edwards said in a statement.

The Senate passed the continuing resolution earlier Wednesday in a series of three votes on Wednesday, Sept. 28.

The Senate approved a cloture vote on the continuing resolution, 77-21, ending debate on the amendment. That was followed shortly by a vote to end debate on the bill itself, which also passed 77-21. Lawmakers then approved the bill on a final vote, 72-26.

The bill, H.R. 5325, is the appropriations bill for the legislative branch, which the House passed in June.

Earlier in the day, Senate Majority Leader Mitch McConnell (R-Ky.) announced on the Senate floor that a compromise had been reached that morning when House leadership committed to providing aid for the Flint water crisis in the Water Resources Development Act.

“We have a path forward to getting our work done, and if we keep working together, we will,” said McConnell.

The CR had been stuck in debate since the Senate Appropriations Committee released it on Sept. 22. Negotiations over major sticking points like aid for Flint and the Louisiana floods played out over the better part of a week.

“I think we have arrived at a place where both sides of the aisle can agree to pass this resolution,” said Sen. Barbara Mikulski (D-Md.). “Is it perfect? No. Is it acceptable? Yes. Is it necessary? Yes.”

The Senate twice failed to approve a cloture vote on Tuesday, Sept. 27, to stop debate on the short-term continuing resolution attached to a House bill which lawmakers are using as the legislative vehicle  to fund the government and avert a government shutdown.

Shortly after the bill passed, the White House release a Statement of Administration Policy, expressing support for the bill and urging Congress to enact full-year appropriations legislation for fiscal 2017. It did, however, echo disappointment expressed by some Democratic lawmakers about he inclusion of a provision that keeps the Securities and Exchange Commission from requiring companies to disclose their political spending.

The White House also said on Sept. 23 that President Barack Obama may not sign the bill, depending on the provisions included, according to the Associated Press. Obama joined Senate Democrats in expressing disappointment over the lack of funding for the Flint, Michigan water crisis.

The resolution also includes the Military Construction and Veterans Affairs appropriations bill, which provides $82.3 billion in discretionary funding for fiscal 2017, up $2.5 billion from 2016.

In addition, it includes $176.9 billion in total funding for the Veterans Affairs Department, $14.2 billion more than 2016. Out of that, $74.4 billion is discretionary funding, 4 percent more than 2016, while $260 million is earmarked for continued modernization of VA’s electronic health record system. That extra funding requires that the agency be able to demonstrate interoperability of the system with the Defense Department and the private sector.

Sen. Mark Warner (D-Va.) weighed in on the subject in a press release.

“I welcome the Senate’s efforts to avert a government shutdown on Oct. 1, and expect the House to quickly pass this compromise spending proposal,” said Warner. “Nonetheless, it’s unfortunate that political dysfunction has brought us to the point where we celebrate Congress doing the barest minimum of its obligations. As I’ve long-maintained, this is not a responsible way to conduct our nation’s business. Nor is it appropriate for must-pass legislation to be exploited for political advantage, such as with the inclusion of a prohibition on the SEC adopting important transparency requirements on political contributions.” 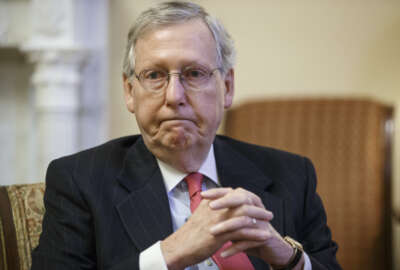 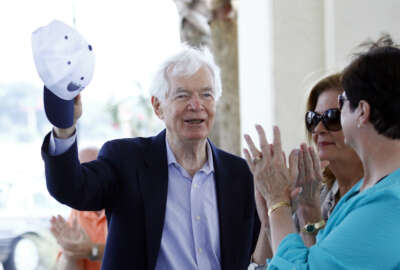 Senate moves on CR as agencies plan for possible shutdown