As lawmakers and the White House — at least for the moment — appear to be at an impasse on a solution that would keep all of government open past Friday, the Office of Personnel Management has new guidance for federal employees ahead of a potential partial government shutdown.

Again, not all federal employees will be impacted if part of the government closes at 12:01 a.m. on Saturday, Dec. 22. Generally, employees and contractors at the Defense...

As lawmakers and the White House — at least for the moment — appear to be at an impasse on a solution that would keep all of government open past Friday, the Office of Personnel Management has new guidance for federal employees ahead of a potential partial government shutdown.

Again, not all federal employees will be impacted if part of the government closes at 12:01 a.m. on Saturday, Dec. 22. Generally, employees and contractors at the Defense Department and Departments of Veterans Affairs and Health and Human Services will not be impacted by Friday’s outcome.

HHS employees, however, should check with their agency for more details. Employees who work for programs that fall under the Labor, Health and Human Services, and Education Appropriations Act, which has already been passed and signed into law by the President, will not be affected by a partial government shutdown. HHS employees that fall under agriculture and interior appropriations, however, may be impacted.

Many agencies have updated their shutdown contingency plans in the last few days. Find your agency’s plan here.

Some agencies are beginning to inform employees of the status — either “excepted” or “non-excepted” — and are giving them individual guidance for the coming days.

OPM has provided more clarity about the potential lapse in appropriations and its impact on pay, leave and holiday time.

Will I get paid?

By law, federal employees can’t receive any pay for work done during a government shutdown until the lapse in appropriations ends.

Reps. Don Beyer (D-Va.) and Rob Wittman (R-Va.) have introduced the Federal Employee Retroactive Pay Fairness Act, which, if passed and signed into law, would give furloughed workers back pay for the duration of the partial shutdown.

Will I get my next paycheck on time?

You should. Because Saturday, Dec. 22 is the last day of the most recent biweekly pay period, employees should receive a paycheck for the past two weeks at the usual time, OPM said. Payroll providers may finalize and process paychecks as an orderly shutdown activity, but there’s a good chance that checks may not include pay for any work done on Saturday, Dec. 22.

What about the holidays?

In most recent government shutdowns, non-excepted employees are expected to come to work on their next scheduled day in the office to receive a furlough notice and conduct closeout activities.

With the holidays, however, OPM is encouraging agencies to be lenient.

“Under this unique timing of the lapse in appropriations, agencies should take into consideration an employee’s previously scheduled leave, [alternative work schedule] day off, or holiday(s) that takes place during the furlough period and allow the employee to be furloughed during the period the employee had been scheduled to take leave — unless the agency determines there is a need for the employee to report to work to perform excepted activities,” OPM said.

Employees can perform shutdown activities prior to a potential partial shutdown as precaution.

“If an employee was scheduled to be on leave on the workdays immediately after the lapse commences, the employee is not required to report to duty to perform orderly shutdown activities on a scheduled leave day, even though the leave has been canceled,” OPM said. “An agency may allow such an employee to perform required orderly shutdown activities (if any, including receipt of a furlough notice) on the first workday on which the employee had been scheduled to return to duty.”

Some agencies are allowing their employees to accept furlough notices via email, meaning they wouldn’t need to come into the office to accept them.

Remember, Monday, Dec. 24 is now considered a federal holiday for Christmas Eve, and Christmas Day on Dec. 25 is also a holiday. This means employees, if they’re expected to come in at all, wouldn’t need to return to their work sites until the next work day following a lapse in appropriation. For employees who work weekends, this could be Dec. 22 or 23. But for most who work Monday-Friday schedules, this day isn’t until Dec. 26.

What happens to my vacation time?

All scheduled paid leave and paid holiday time off are technically canceled for employees impacted by the shutdown, but it doesn’t necessarily mean you’re expected to come to work.

Again, excepted employees are expected to work and may earn holiday premium pay for the time spent in the office, but they won’t receive that pay until after the partial government shutdown ends.

If you’re scheduled to take use-or-lose annual leave at the end of the month or early January, you may have a few options, depending on the circumstances.

Federal employees who follow a biweekly pay period schedule may risk having their leave balances exceed the annual carry-over limit due to the partial government shutdown.

“Such canceled leave may be restored to the employee’s credit following agency procedures, since the lapse is considered an exigency of the public business,” OPM said. “However, leave that had previously been restored may not be restored even if scheduled use of the previously restored leave is canceled due to the lapse.”

This story will be updated as more information and clarification becomes available. 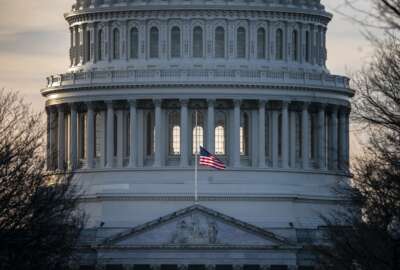 House passes its own CR with border funding, setting up Friday shutdown showdown 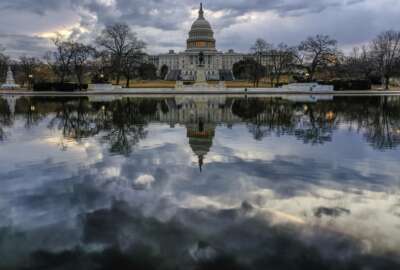