The Office of Personnel Management on Wednesday clarified how excepted employees can take leave during the partial government shutdown.

“While excepted employees have the option to use their paid leave (i.e., establish entitlement to paid leave to be paid after the lapse ends), they are not required to use leave to cover periods of authorized absence from work,” Margaret Weichert, acting OPM director, wrote in a Jan. 23 memo. “Instead, they may choose to remain in the default status of being furloughed during any such authorized absence during the lapse.”

Excepted employees can take leave during a government shutdown, as OPM reiterated. If excepted employees want to take leave, they should use the same procedures to request time off and earn approval from their supervisors as they would if their agencies weren’t experiencing a lapse in appropriations. If employees choose this option to take time off, their agencies will charge their personal leave banks as they normally would during any other circumstances.

But excepted employees also have another option, OPM said. They can work with their supervisors to be placed in “default furlough status” for any approved absence during the government shutdown. If excepted employees take this route, their agencies will not charge their personal leave banks, according to OPM.

“We expect employees generally to choose to allow the default furlough status to be applied to any approved absence, since [the new provision in the Government Employee Fair Treatment Act] provides retroactive pay for furlough periods without charge to leave,” Weichert wrote.

The second option, as OPM itself acknowledged, appears to be the more favorable path for excepted employees. OPM’s guidance suggests these employees can take time off— as long as their supervisor approves it — without charge to their leave banks. They’ll be paid for this leave once the government shutdown ends, as the new back pay law has promised.

If excepted employees take this second option, any hours of approved leave would be considered “furloughed hours.”

OPM’s new guidance should provide some more clarity to excepted employees. Federal News Network has received dozens of questions from readers about this specific topic. Most were concerned their furloughed colleagues would eventually be paid for time spent not working with no consequences to their personal leave banks, but OPM’s new guidance gives concerned excepted employees leeway in taking leave.

Excepted employees who are supposed to work during the government shutdown but don’t show up for the job and don’t communicate with their supervisors, however, may be considered “absent without leave (AWOL)” for any missed hours of work. In this case, employees won’t receive back pay for any “AWOL” hours, OPM said.

The bill’s signing was supposed to give furloughed and excepted employees some assurance they’ll get paid whenever the government shutdown ends. But because the President signed it into law before the shutdown had ended, it created some confusion for excepted employees and agencies — who lacked formal guidance to implement the legislation in the way Congress intended.

How impacted employees will get back pay

OPM’s new guidance also sheds more light on how exactly furloughed and excepted employees will be paid once the government shutdown ends.

Whenever the lapse in appropriations ends, employees will receive the “standard rate of pay.”

For furloughed employees, they’ll receive a paycheck that covers the hours they would have been working if the government shutdown hadn’t occurred. It includes:

Excepted employees will receive a paycheck that covers the hours worked during the government shutdown, including overtime and approved paid leave. Again, excepted employees who don’t show up for work could be considered AWOL and wouldn’t be paid for those hours.

The new back pay law authorizes federal payroll providers to begin paying furloughed and excepted employees as soon as possible when the government shutdown ends.

OPM urges agencies to use workplace flexibilities during shutdown

OPM on Wednesday also reminded agencies of existing, approved workplace flexibilities they could use to alleviate the government shutdown’s impacts on employees who are working without pay.

Not only are several hundred-thousand working without pay, but many have lost their transit benefits and child care subsidies, OPM said.

“OPM strongly encourages agencies to be as accommodating as possible during the current lapse in appropriations to allow telework-eligible employees performing excepted duties to telework more frequently, permit flexible start and stop times under a flexible work schedule and provide employees with the ability to request time off based on their personal circumstances,” Weichert wrote in a second Jan. 23 memo.

Of course, many excepted employees, such as agents at the Transportation Security Administration or U.S. Border Patrol, for example, generally can’t take advantage of telework because they need to be physically present at their duty stations for work.

Still, the latest guidance shows OPM is encouraging agencies to get creative when it comes to managing their employees during the longest government shutdown in U.S. history.

“We want to thank the dedicated men and women who are serving the American people during the partial lapse in appropriations,” Weichert continued. “We pledge to continue to perform funded and critical non-funded services and look forward to the day when we can resume the full complement of work we perform on behalf of the citizens of the United States.” 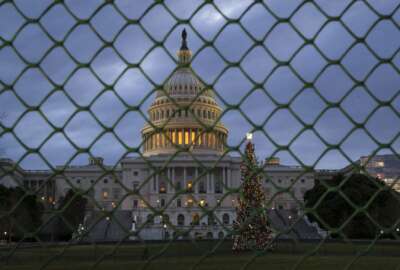 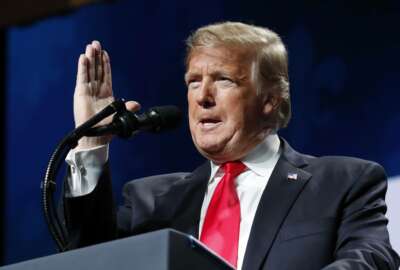