The House passed a bill Friday that would guarantee back pay to more than 800,000 federal employees who missed their first paycheck due to the partial government shutdown. The legislation now awaits President Donald Trump’s final approval.

Rep. Don Beyer (D-Va.), who had introduced his own version of back-pay legislation with Rep. Rob Wittman (R-Va.), called the bill’s passage a “critical step” towards undoing some of the financial burdens of the shutdown.

“While this legislation will provide federal employees with the certainty that they will eventually be paid, that cannot happen until the shutdown ends,” Beyer said in an email. “It is vital that the Senate take up the bipartisan legislation which has already passed previously in both chambers to end the shutdown and reopen the government.”

“Federal employees should not suffer due to Congress’ inaction and deserve the certainty of proper funding to do their jobs,” Wittman said Friday in a tweet.

The bill clarifies that federal employees should receive their retroactive pay “at the earliest date possible” after the shutdown ends, regardless of their next scheduled payday.

“It’s good that we’re going to keep our federal employees whole when the shutdown ends, but let’s come together and make sure this shutdown ends,” Rep. Gerry Connolly (D-Va.) said.

The House passed the back-pay bill with little opposition in a 411-7 vote.

“Guaranteeing back pay is the least we can do to give more certainty to almost a million federal employees,” Rep. Will Hurd (R-Texas) said, adding that he’s voluntarily withheld his own pay during the shutdown “in solidarity with federal workers.”

Rep. Elijah Cummings (D-Md.) said the bill would help federal employees and their families who have had difficulty paying rent mortgages, car loans, and other everyday expenses.

“Even while they struggle to pay these bills, furloughed employees face the stress and anxiety of not knowing whether or not they will be paid when the shutdown ends. The least we can do is relieve that uncertainty,” Cummings said.

A group of Democratic senators introduced a bill Monday that would ensure low-wage federal contractors — including cafeteria workers, janitors and security guards —receive back pay after the shutdown ends.

Federal employees are scrambling to make arrangements for unpaid bills, including tapping their retirement accounts,” NARFE President Ken Thomas. “Evictions are becoming a real possibility, medical issues go untended, local economies are suffering and services to citizens have ceased as workloads pile up.

Both the House and the Senate have adjourned until Monday, leaving this to become the longest government shutdown in history. 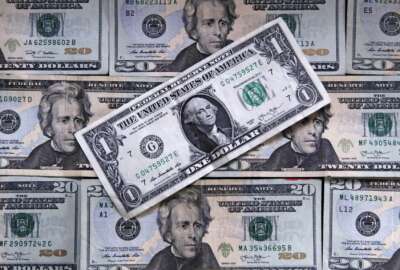 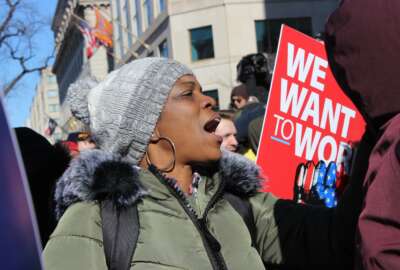