As federal contractors prepare for possible shutdown, impacts from the last one still loom large

As agencies continue their preparations for a potential government shutdown later this week, federal contractors are bracing for the possibility as well.

Senate leaders are still working on a short-term continuing resolution that will have bipartisan support and can quickly pass in both congressional chambers, scrambling to stave off a potential government shutdown with less than 36 hours before Thursday night’s deadline.

If they succeed, it would be the 10th time in 11 years and the 11th time in 12 years that Congress has started the fiscal year without full-year appropriations in place, David Berteau, president and CEO of the Professional Services Council, told reporters Tuesday.

The exception occurred back in 2019, when Congress had passed a handful of appropriations bills into law that funded some agencies but not others.

This time, however, Congress hasn’t passed any full-year appropriations bills to fund federal agencies for fiscal 2022. A government shutdown this week would impact all agencies, including the Defense Department.

DoD estimates it would retain about 45% of its civilian workforce during a government shutdown, not including the roughly 2.1 million military personnel who would also continue to work without pay.

The Department of Health and Human Services would have to furlough some 43% of its staff during a government shutdown this year, according to its latest plan. Employees working on COVID-19 research at the National Institutes of Health would continue to work without pay, as would scientists at the Food and Drug Administration.

At the Department of Homeland Security, some 88% of employees would continue working without pay through a government shutdown, according to the agency’s latest contingency plan.

There are some exceptions. Some agencies operate using fees or funds other than annual appropriations, and those organizations would likely continue running. The agency that runs the Thrift Savings Plan, for example, falls into this category, the Federal Retirement Thrift Investment Board reminded its members earlier this week.

Some agencies have pockets of employees whose salaries are funded through resources other than annual appropriations. DHS, for example, identified an additional 38,682 employees who fall in this category.

The last partial government shutdown started in late 2018 and continued for 35 days into 2019, impacting about 800,000 federal employees.

But tens of thousands of contractors were also furloughed, and most never received back pay. The experience was chaotic, and it’s top of mind for the federal contractors as they prepare for yet another possible government shutdown later this week.

“Stop work orders were applied inconsistently,” Berteau said of the last partial government shutdown. “We literally had two companies working side by side in an agency. One got a stop-work order. The other did not. Over time of course some contractors were recalled, and others were not. Often this seemed to be not according to some sort of plan but somewhat random.”

The last partial government shutdown was the longest in U.S. history. It took agencies longer than imagined to recover from the last partial lapse in appropriations, impacts that federal contractors experienced as well, Berteau said.

“What we saw on average, depending on the agency, was three-to-five days of contract recovery time per day of shutdown,” he said. “A 35-day shutdown ended up with a three-to-five month delay in terms of solicitations, evaluations, awards of new contracts, in terms of exercising of options and in terms even of accepting deliverables and paying invoices. That was a bit of a surprise, because we had never tested this sort of thing of how long it takes to recover. Now we’re planning for that in a future shutdown.”

PSC has advised its member companies to prepare for a variety of scenarios, including government shutdowns of various lengths.

Contractors should consider whether they have enough cash to get them through a government shutdown — and whether they can continue to pay their employees should a lapse continue for some time.

Federal contractors faced this dilemma during the last partial government shutdown, Berteau said, and many weighed whether they should use that cash to pay and retain their employees, or save the cash and risk losing their workers to other companies.

“I don’t have enough cash to pay all my employees, but if I lay them off they’re likely to go work for somebody else,” he said. “When I get restored, I won’t have the staff to perform my contract. Where do I put my risk: Running out of cash to keep my workers so I can start working again when the shutdown is over, or saving enough cash and losing my workers and then putting myself at risk when the shutdown is over? This was an existential dilemma for many companies. A lot of them came very close to having to close the doors before the shutdown ended.”

If the government does shut down, contractors should always keep a running tab of their costs during the lapse and be prepared to submit claims to their customer agencies whenever the shutdown ends, PSC said.

“We actually had an agency that said after the shutdown was over, ‘I only have so much energy, time and people. Do you want me to get back on track with new solicitations, evaluations and awards, or do you want me to process your claims?'” Berteau said. “The proper answer to that question is you need to do both; they’re both part of your job. But we saw that kind of mentality in an array of government activities.”

As federal contractors attempt to draw on the lessons they learned during the last shutdown, they’re juggling preparations for a potential lapse with planning for the Biden administration’s recent vaccine mandate.

Several companies have raised concerns about the optics of implementing a vaccine mandate on their employees while potentially not paying them, said David Broome, PSC’s executive vice president for government relations.

“It just further complications the equation,” he said. 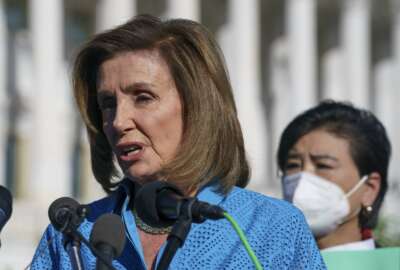 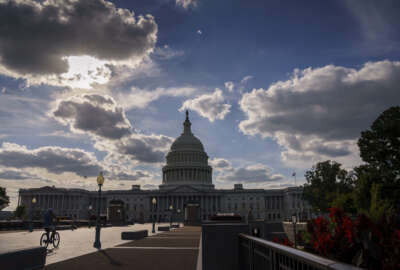 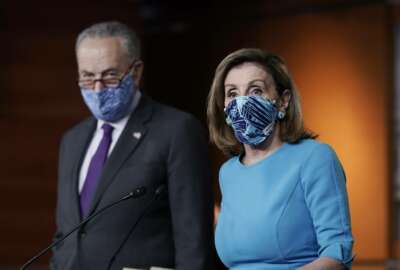