Yet agencies hired fewer new veterans to serve in the...

The 2016 numbers, however, are certainly an improvement since 2009, when President Barack Obama officially charged agencies to hire more veterans into federal positions. At the time, veterans made up 25.8 percent of the federal workforce. Since then, veterans hiring has improved in the federal space every year.

“Federal agencies have used this initiative to meet many of their critical staffing needs while benefiting from the skills, training and dedication to public service our nation’s veterans and transitioning service members, and their families, bring to the federal civil service,” OPM acting Director Kathleen McGettigan wrote in the new report.

Perhaps to no surprise, more veterans worked in military service agencies than other department. Veterans made up the highest percentage of the Air Force, where they comprised of 57.1 percent of the service’s workforce. Veterans also made up 50.2 percent and 43.3 percent of the Army and Navy’s workforces, respectively. Overall, veterans make up nearly half of the Defense Department’s workforce, or about 47.5 percent.

Veterans also had a strong presence at the departments of Transportation and Veterans Affairs, where they made up 36.7 percent and 32.8 percent of the DoT and VA workforces, respectively.

The Office of Personnel Management made the largest leap in veteran hiring between 2015 and 2016. Veterans made up 26.4 percent of the OPM workforce last fiscal year, compared to 23.3 percent in 2015.

The Health and Human Services Department had the smallest veteran presence of any other major agency, with veterans comprising about 7.5 percent of its workforce.

Many agencies, though not all, made markedly noticeable improvements in retaining new veteran hires.

Though veterans typically make up a smaller portion of the NSF workforce, the agency improved its veteran retention by 10 percent between 2015 and 2016. NASA kept 85.1 percent of its new veteran hires in 2016, compared to 73.2 percent during the previous year.

The majority of veterans, or about 45 percent, hold administrative jobs in the federal workforce.

“We remain committed to offering opportunities for federal agencies to learn about the benefits of making skillful use of the veteran hiring authorities to meet hiring needs,” he said in a Sept. 12 statement. “We will also continue to provide federal agencies with suggestions for best practices, such as the benefits of continuous feedback from individuals actively engaged in the veteran hiring process and how such engagement will help the initiative to continually evolve to meet the needs of federal agencies and veterans.”

Veterans hiring in the federal workforce has improved overall since 2009, when Obama signed an executive order establishing the Veterans Employment Initiative and the Council on Veterans Employment to study the issue. The goal of the program was to help agencies find ways to utilize veterans’ talents and create a hiring program envious of the private sector. 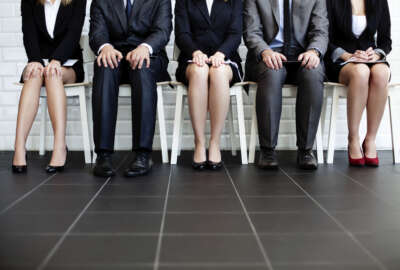 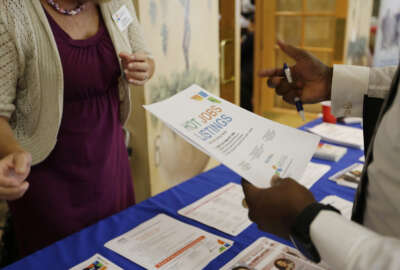 What’s wrong with veterans preference? It depends who you ask