After several years of federal hiring improvement initiatives, agencies have done little to make a dent in their average time-to-hire.

In fact, the number continues to creep up.

It took agencies, on average, 106 days to hire a new employee in fiscal 2017, short once again of the governmentwide goal of 80 days.

After several years of federal hiring improvement initiatives, agencies have done little to make a dent in their average time-to-hire.

In fact, the number continues to creep up.

It took agencies, on average, 106 days to hire a new employee in fiscal 2017, short once again of the governmentwide goal of 80 days.

That’s up slightly from the previous years, and the average time-to-hire has increased every year since 2012, said Mark Reinhold, associate director for employee services at the Office of Personnel Management.

That’s not what OPM intended, when, year after year, it launched a new hiring program: the End-to-End Hiring Initiative in 2008; the President’s Hiring Reform Initiative; Veterans Employment Initiative; the Pathways Program in 2010; the Recruitment, Engagement, Diversity and Inclusion Roadmap; and most recently, the Hiring Excellence campaign in 2016.

Sen. James Lankford (R-Okla.), chairman of the Homeland Security and Governmental Affairs Subcommittee on Regulatory Affairs and Federal Management, named all six of those programs and said he wanted insight into what aspects of previous hiring initiatives — if any — had achieved any notable improvements.

“This is not to be critical,” Lankford said Thursday morning at a hearing on the federal hiring process. “I hope we’re making progress on it a little bit at a time to be able to chip away on it. Not every program is going to be a success. [For] some, we’re going to try it and it’s not going to work.”

“That is a fair point about the number of the initiatives that are rolled out,” Reinhold said.

Not all of the initiatives Lankford named focused on whittling down the time-to-hire. Others concentrated on improving the quality of new hires, Reinhold said.

“This all works on a model of continuous improvement,” he added. “If we squeeze the balloon here and focus on speed of hiring and that’s all we care about, then the balloon bulges somewhere else.”

Thursday’s hearing was the first of the subcommittee’s “fact-finding” forums for 2018. Lankford and Ranking Member Heidi Heitkamp (D-N.D.) held a series of similar hearings last year on federal management issues and the administration’s reorganization efforts.

This time, Lankford zeroed in on the latest time-to-hire data from OPM. He said he wanted tangible ideas from OPM and other agencies on how Congress could legislate or facilitate a faster, more easily accessible hiring process.

Though the 106 day time-to-hire is an improvement over 2009’s 122-day average, Reinhold said, it’s a disappointment considering agencies once brought on new employees within an average of 87 days back in fiscal 2012.

As applicants wait longer and longer for a federal job, Lankford and Heitkamp both said they feared government had lost its status as a model employer.

“What we’re doing is not achieving the results that we think we need,” Heitkamp said. “It’s frustrating, and it’s only going to get worse as the job market gets more competitive. We are not in a spot where we are a preferred employer anymore. The days of my dad saying, ‘It [would be] great, you get a government job.’ No one says that anymore, that I know of.”

Heitkamp said she wanted agency leaders to remind their employees and their colleagues in the federal HR community that improving the hiring process deserves attention.

Current chief human capital leadership did bring a few ideas for improvement to the table.

For Angela Bailey, the Homeland Security Department’s chief human capital officer, rating and ranking prospective job candidates is the most laborious and frustrating part of the federal hiring process.

“My recommendation would be that the agencies be given the authority … that when they get the résumés in that they can actually look at these folks, they can qualify them on the spot, they can interview them on the spot and they can make tentative job offers on the spot,” she said. “You’d cut out at least six weeks of all of this back-and-forth that goes on with regard to the hiring process, if we could just have the authority to actually interview people and make decisions.”

Agencies don’t have that flexibility now because of Title 5 regulations on the federal hiring process.

DHS said it would also like to see some changes to the current structure for handing out recruitment and retention incentives. The department recently met with OPM, Bailey said, to discuss possible legislative proposals. DHS would like hand out more recruitment and retention incentives to its employees, particularly for hard-to-fill positions at Customs and Border Protection and Immigration and Customs Enforcement, Bailey added.

“The best recruitment we have are people who are always sitting [at] those desks who say, ‘You ought to do this; it’s really interesting at work. I’m treated really well at work; I’m respected at work.’ When you don’t have an army of people out there recruiting — because they don’t feel valued at work [and] they don’t feel like there’s a future — we’re going to have more and more problems with recruitment,” she said.

7 agencies expect to hire, but more will plan for staffing cuts under 2019 budget 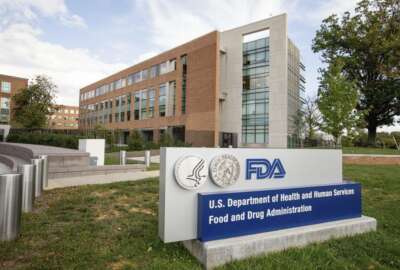 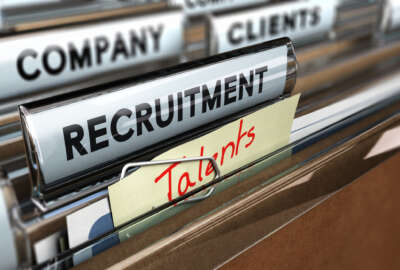