Is government’s ‘revolving door’ pushing out agency CIOs and CISOs?

Under the President’s Management Agenda, agencies are striving to build a pipeline where private-sector talent can tackle IT modernization challenges for a few years before returning to industry.

For years, agency managers have pointed to the White House’s U.S. Digital Service and the General Services Administration’s 18F organization as models of a successful public-private partnership.

More recently, the departments of Agriculture and Housing and Urban Development’s Centers of Excellence have received similar praise.

But Mark Kneidinger, the deputy director of the Homeland Security Department’s new National Risk Management Center, expressed concerns Tuesday that the government’s “revolving door” has been expelling too many IT modernization leaders.

“When we talk about modernization, it also takes leadership to be able to make sure it gets implemented,” Kneidinger said at a Consortium for IT  Software Quality (CISQ) summit in Arlington. “I think one of the challenges now is the turnover of the CIOs and the CISOs. There’s a huge turnover.”

Kneidinger observed that about six years ago, when he first joined DHS, the average tenure of agency chief information officers was about three years. More recently, however, he said the average tenure at the 23 CFO Act agencies has shrunk to between 1½ years to two years.

In August, the Government Accountability Office determined that the median tenure of permanent CIOs was about two years. However, its report recommends that agency CIOs should stay in office for three-to-five years to maximize effectiveness, and five-to-seven years to fully implement major change initiatives, like current IT modernization efforts.

By contrast, Kneidinger spent nearly 20 years of his career as the CIO of New York State’s Education Department, a tenure he said would be “unheard of” in the federal government.

He did, however, point to organizations like USDS and 18F as models to bring in temporary IT talent to help with the IT modernization workload.

“We need to be addressing that, at the same time regarding putting the workforce in, but it’s our leadership, our CISO, our CIOs, that’s something that I think we need to be concentrating on as well,” Kneidinger said.

“We don’t need to fit everybody into that uber-IT coding specialist [role],” Hakun said. “There are enough things to go do in the continuum where we don’t need to have the top-notch coder being the one we’re after. There’s enough ways to go test with tools that somebody with much less of an education or skill set can go use. We’re trying to solve some of those gaps as well.”

Scott Tousley, the deputy director for the DHS’ Science and Technology Directorate’s cybersecurity division, said a constant churn of talent ensures the workforce offers a diversity of perspectives.

“In our case, we’ve got program managers from three or four different sources, and many of our folks we hire in under temporary status. They’re with us three-to-five years because that makes sense for them professionally, but it brings a fresh perspective and fresh background,” Tousley said. 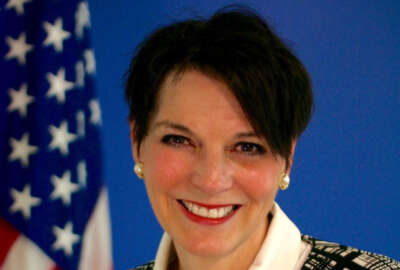 Collins Smee, GSA’s TTS director, to leave government after less than a year