For the State Department to meet its diplomatic mission more effectively overseas and work with foreign diplomats stationed in the United States, the agency is working on a strategy for its workforce to be more representative of the country’s demographics.

For the State Department to meet its diplomatic mission more effectively overseas and work with foreign diplomats stationed in the United States, the agency is working on a strategy for its workforce to be more representative of the country’s demographics.

While the State Department’s workforce has grown more diverse over nearly two decades, a Government Accountability Office audit in February showed that diversity hasn’t yet filtered up to the agency’s higher ranks.

But improving the diversity of the agency’s workforce is only one part of the upcoming strategy.

Mirembe Nantongo, one of the State Department’s deputy assistant secretaries in the Bureau of Global Talent Management, told Federal News Network that the other half of the strategy focuses on inclusion.

“The metaphor that we use for diversity, is that diversity is an invitation to a party, but there is a second part of it: Once you have your people in your party room, for example, what kind of a time are they having? Are they participating? Do they feel valued? Are they contributing? These are all kinds of questions that arise after you have them in the room,” she said.

Those questions about inclusions, Nantongo added, are the same questions the agency’s upcoming workforce strategy will seek to answer.

Beyond making the agency more representative of the U.S. in meeting its diplomatic mission, Nantongo said a diverse and inclusive workforce makes that agency more effective at meeting that mission.

“If you have a diverse employee population and the culture strong culture of inclusion, you have enhanced decision-making, you have increased innovation and problem-solving. Your teams are more creative,” Nantongo said.

In addition, diversity and inclusion play a central role in the agency’s recruitment, retention and career development strategies.

The State Department has improved the diversity of its talent pool through tried-and-true methods such as job rotation programs and mentorship programs.

And to improve retention, the agency has also rolled out workplace flexibilities such as telework, leave options and work assignments that accommodate families where both partners work for the State Department.

But in developing its latest four-year diversity and strategic plan, required from all federal agencies by the Office of Personnel Management, the State Department is taking a new approach to generate feedback.

Brian Bulatao, the agency’s undersecretary for management, is leading a task force behind the strategy that will guide the agency’s diversity and inclusion efforts through 2024.

To gather feedback on that document, Bulatao has tapped each of the agency’s bureaus to name a representative to serve on a task force whose most recent meeting  turned into a four-hour brainstorming session.

“We asked them for enterprise-wide recommendations, but also for action at the bureau level, because if you’re talking about inclusion, especially if this is a multi-layer responsibility, it’s not just something that you can publish an edict and it happens. We’re talking about culture, so everyone has a role to play, and everyone has a responsibility,” Nantongo said.

Nantango said agency officials are working on a draft version of the 2020-2024 strategy. Once complete, that draft will go back out to the task force for comment.

The draft will also go out to the agency’s 14 affinity groups, which represent certain demographic minorities and support the agency’s recruitment operations.

To make sure that diversity flows up into the agency’s higher ranks, State has launched a Meritorious Service Increase pilot program that aims to make those merit-based pay increases more gender-neutral by anonymizing the nominations that go before the selection board.

“We’ve just done this in the traditional way, that you feel that somebody needs recognition, you write up the nomination and you submit it, and then it gets evaluated by a department-wide committee,” she said. “This year, for the first time, we had a gender neutral program, whereby all the nominations that were put in, right, you couldn’t identify whether it was male or female.”

Nantongo said the pilot will run for another two or three more years to build data on whether gender-neutral evaluation have improved the equity of these awards.

The agency has touted the success of its Thomas Pickering and Charles Rangel fellowships, which have brought about 900 new personnel through the Foreign Service and improve the diversity of its ranks since those programs launched in 1992 and 2002.

But for the Foreign Service — with its rank-in-person structure that focuses more on having cohorts of employees rise through the ranks than accept applications to fill specific vacancies — seeing an immediate increase in diversity may be more difficult than in its civil service.

By the nature of this system, Nantongo said the current diversity of the Foreign Service’s senior career staff mirrors who was hired nearly 20 years ago.

“By that logic and by the fact of the model, the expectation is that as these people move up the pipeline, the numbers of females at higher levels in the senior Foreign Service will increase proportionally,” Nantongo said.

While the coronavirus pandemic has pushed back the timeline for agencies to conduct this year’s Federal Employee Viewpoint Survey, the State Department, as part of its effort to improve retention, has had bureaus and officials look at their own specific FEVs results and develop action plans to improve those scores.

“We really want employees to feel that when they take this survey, their input results in concrete changes in the workplace,” she said. “We’ve had a very gratifying response in terms of bureau leadership really paying attention to this and looking into what are the issues that they need to strengthen in order to strengthen their workplace.”

According to FEVS data analyzed by the Partnership for Public Service and the Boston Consulting Group, the State Department ranks 13th out of 17 large agencies in terms of employee satisfaction. 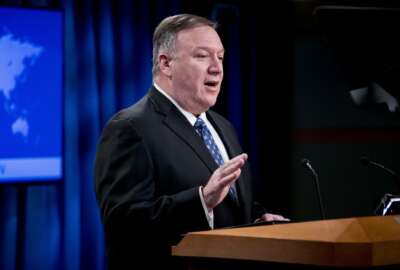 State Dept. workforce is now more diverse, but its leadership is not 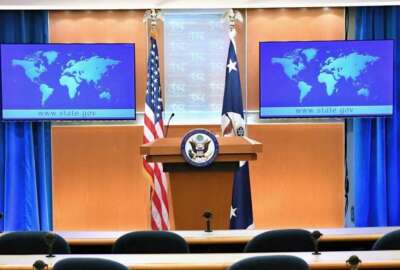 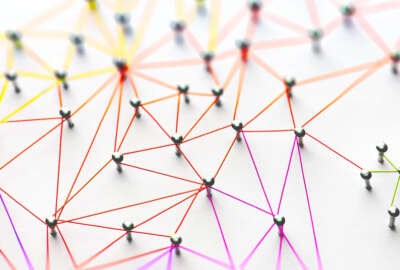