Everybody talks about innovation, but it starts with the right people

Innovation is the word of the day. Every organization talks about innovating and hiring innovators. Well how do you find such people, whether inside your agency or applying for jobs and make sure they’re able to well… innovate? For one view,  entrepreneur in residence at consultancy BMNT and former [the] Cybersecurity and Infrastructure Security Agency’s (CISA) innovation...

Innovation is the word of the day. Every organization talks about innovating and hiring innovators. Well how do you find such people, whether inside your agency or applying for jobs and make sure they’re able to well… innovate? For one view,  entrepreneur in residence at consultancy BMNT and former [the] Cybersecurity and Infrastructure Security Agency’s (CISA) innovation hub chief, Sabra Horne joined the Federal Drive with Tom Temin.

Tom Temin  I think you’ve been on the show in a couple of different capacities over your career. So, nice to have you as entrepreneur and chief at BMNT. And let’s talk about innovation because it can be hackneyed the way a lot of people use it, but you have some specific meaning to it. Tell us what that is.

Sabra Horne  Absolutely, Tom. I think we’ve all heard so very much about innovation over the past number of years. We like to think of this way of talking about innovation as innovation theater. It’s just words, it’s not really any actions related to those activities. So we’ve tried to really create a framework to help government and public sector officials and leaders bring innovation to their organization in a new way, by utilizing a framework that helps people understand, “here’s how we can get things done and here’s how we can make a real mission impact.”

Tom Temin  You know, I’m gonna make an analogy to procurement, because before you launch an acquisition, or a procurement in the federal government, the reason they all go wrong — the ones that do go wrong, which is most of them — is the requirements were not set properly in the first place and kind of locked in. In innovation, I would think the hardest thing in some ways is knowing where you want to innovate in the first place and why you need to innovate in a certain spot. And not to be windy here, I want you to do the talking but, you would not innovate in how to do tax preparation, if that would lead you into any illegal situation, even though it might be innovative?

Sabra Horne  Certainly, laws are fundamental to ensuring that we’re doing the right thing but there are ways to think about what it is that we’re trying to accomplish in our mission, regardless of the organization, and to really be able to think more broadly about the strategic goals of the organization, specifically, the ways in which we’ll be able to achieve our mission and to use innovation in a way to help achieve that mission. Certainly, requirements and acquisition are fundamental to bringing in new and important commercial technologies to what it is we’re trying to accomplish in the government. However, there are ways to use alternative means to acquire and procure innovations, technologies, utilizing authorities that we hadn’t had previously in the past number of years. So it’s thrilling to see that government really has been able to figure out, you know, we can do this better, faster, easier, more simply and sometimes just less painfully.

Tom Temin  Sure. And so how do you identify the people that might be capable of innovation, because we tend to say, well, it’s going to be the newcomers that are young coming in, they have all the innovative ideas? Could it also be old Joe there who’s been sitting around and nobody realized what great ideas he has?

Sabra Horne  There are so many people capable of thinking in an innovative way and I think it’s looking at core individual characteristics, such as accomplishing tasks with speed and urgency; understanding what the strategic mission really is; being able to think creatively and think about a multitude of solutions to a potential problem. We can identify people who are able to attack and identify problems much more quickly. And those people, regardless of their age, or background, are well suited to innovation.

Tom Temin  And what makes a good manager, leader, executive, whatever, who understands that he or she is not an innovator necessarily yet understands the need to make sure that innovation happens and therefore simply needs to nurture it, even if they’re not that innovative themselves?

Sabra Horne  Absolutely. I will certainly look to our CEO at BMNT, Pete Newell, because I do think he really brings the perfect type of characteristics to the role of embracing and encouraging entrepreneurs and innovators. I think there needs to be a real bias to allowing people to do what it is that they think is the right way to approach things, being open to a wide range of solutions, letting people fail, which is so very difficult in government because we’re always talking about taxpayer dollars and we have to be responsible in how we utilize taxpayer dollars. But unless we’re able to try different things, and to have not 100% success all of the time, we’re never really going to be able to bring in true innovation. So I think a lot of tolerance and patience is important in those types of leaders.

Tom Temin  We were speaking with Sabra Horne. She’s entrepreneur in residence at consultancy BMNT. She’s also the former chief of the Innovation Hub at CISA. Any examples you can think of of where federal agencies have innovated because of ideas that grew organically within their own ranks?

Sabra Horne  I will certainly say we had some great examples while I was at CISA. I always think of a really great technology that we were able to identify within the Air Force, which had been used as an emergency communications tool on the battlefields of Afghanistan. Air Force actually realized perhaps there’s domestic application to this technology and brought it to CISA. The lead for emergency communications, Billy Bob Brown quickly recognized it was a technology he had been trying to develop for over nine years. We were able to use alternative means to procure that technology in 18 business days, and now it is piloted and has been transitioned into use within CISA. I will also highlight hacking for Homeland Security, which was an idea that grew out of a existing program within the Department of Defense hacking for defense. It utilizes smart entrepreneur students within universities around the country to identify and solve difficult defense problems and to deliver back those solutions at the end of its semester to DoD such that they can use those solutions. We modeled a program at DHS on the same program, creating hacking for Homeland Security, which brought together [the] Federal Emergency Management Agency (FEMA), Transportation Services Administration (TSA) and CISA, to identify tough homeland security problems that we could then have smart students within those programs across the country solve. We came up with some amazing solutions. I’ll say at CISA, we came up with two great solutions: one to provide better information to small and medium sized businesses to support their understanding of how to deal with cybersecurity threats, as well as a way to communicate more effectively with the public about how they can protect themselves against misinformation and disinformation.

Tom Temin  All right, so there are examples. I guess my other question would be then, when innovation is about the breakout, sometimes the inertia and the need to simply get today’s job done can overwhelm the idea of an innovation or a change, and it gets buried in the traffic, you might say. How do you avoid that? Or how do you get the traffic out of the way so the innovation can charge forward?

Sabra Horne  I think there are two key factors here. Number one, having understanding within leadership of what the priorities are and how we can achieve mission is fundamental to identifying and seeing through the fact that innovation can help solve those mission problems. I would also say persistence is absolutely fundamental. We know that there are so many barriers to accomplishing important work within the government, just as there [are] in any organization. However, you have to have persistence in moving through the challenges and the barriers in the right way. I will also add, utilizing stakeholders. Partnerships in so many places can help us move forward and leap over boundaries that would be difficult to overcome otherwise. By having so many people brought into those solutions and understanding as to how you’re achieving mission, you can really move through some important stumbling blocks.

Tom Temin  So it’s possible in the federal sector.

Sabra Horne  It’s wonderful to look around and see all the wonderful organizations that have really embraced innovation, and trying to utilize those ways of thinking, acting and behaving to make some great things happen. I will salute Department of Defense in being a leader for a number of years in innovation. We have so many important organizations within Department of Defense such as the Defense Innovation Unit, DIU, as well as the service organizations such as NavalX or AFWERX. We have a new Marine innovation unit standing up and it’s exciting to see some new ways of thinking within our important structures.

Tom Temin  Sabra Horne is an entrepreneur in residence at consultancy BMNT and former Cybersecurity and Infrastructure Security Agency Innovation Hub chief. Thanks so much for joining me. 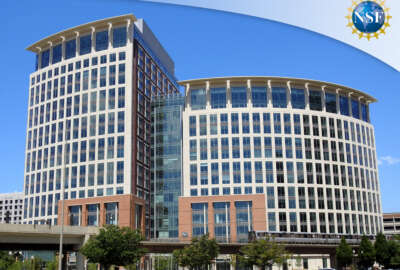