The State Department’s limited progress with an IT modernization effort that began more than a decade ago left most passport services employees unable to telework throughout the COVID-19 pandemic, according to its inspector general’s office.

The IG’s office, in a report Tuesday, found the department’s Bureau of Consular Affairs spent more than $59 million on passport-related IT modernization projects over the past decade, but delays with the Online Passport Renewal system and related programs forced...

The State Department’s limited progress with an IT modernization effort that began more than a decade ago left most passport services employees unable to telework throughout the COVID-19 pandemic, according to its inspector general’s office.

The IG’s office, in a report Tuesday, found the department’s Bureau of Consular Affairs spent more than $59 million on passport-related IT modernization projects over the past decade, but delays with the Online Passport Renewal system and related programs forced Passport Services Directorate (CA/PPT) staff to continue working in a largely paper-based environment not suited for telework.

“Had the Online Passport Renewal system been available, CA/PPT could have pivoted to remote work and kept a greater portion of the incoming passport applications moving throughout the COVID-19 pandemic-related maximum telework orders in 2020,” auditors wrote in the report.

Because the Online Passport Renewal system was unavailable, Passport Services staff returned to the office sooner than other State Department employees last year, in order to deal with a backlog of passport applications. That backlog, however, crept back up this summer.

NFFE Local 1998 President Lee Wentz said in July that staffing shortages and an inability for employees to telework during the pandemic made it more difficult to chip away at summertime backlogs of passport applications.

Deputy Assistant Secretary for Passport Services Rachel Arndt told reporters this summer Consular Affairs would surge staffing at passport agencies across the country to deal with a backlog of as many as 2 million passport applications.

The IG office found an inability for Passport Services employees to telework led to a reduction in revenue and output. The department in May 2020 issued about 13,000 passports, a fraction of the 1.8 million passports it sent out for the same month in 2019.

Citing a decline in fee revenues, Passport Services Directorate cut its fiscal 2021 budget request by nearly a quarter, down to $646 million.

Passport Services eliminated a large passport application backlog by September 2020, and started issuing as many as a quarter-million passports per week by mid-December, as processing times approached its pre-pandemic standards.

Arndt said telework isn’t an option, because passport services work requires connectivity to systems and databases that are only accessible within department facilities. But the IG report found passport services employees could not telework because of delays in the long-term IT modernization strategy.

The Office of Consular Systems and Technology (CST) launched a bureau-wide IT modernization initiative in 2009, aimed at updating, consolidating or replacing more than 90 systems.

The IT modernization push also included standing up Online Passport Renewal and Next Generation Passport systems for Passport Services.

But more than a decade later, the IG found little progress on modernization projects geared toward Passport Services.

Auditors found goals outlined in Passport Services’ strategic plan for fiscal years 2020-2022 were “essentially unchanged” from plans dating back to 2010, “underscoring that virtually no progress had been achieved on these initiatives during the past decade.”

However, software developers decided that an agile approach would not work for the Online Passport Renewal System, “and so returned to a phased, sequential process of software development,” staff told OIG. “As a result, product development and testing occurred at a much slower pace.”

As for the  Next Generation Passport system, Passport Services staff told the IG office that the equipment used to print passports is reaching the end of its life, but CST ran into delays in developing the software required to interface with new printers, which would print updated and more secure passports.

Auditors said this software delay has led to multiple delays of the Next Generation Passport pilot, which finally launched in March 2021.

Passport Service has formal onboarding programs for new hires, but the IG office found inconsistencies in the quality of employee orientations. Staff told auditors that they were brought up to speed through on-the-job training and informal consultations with supervisors, co-workers and division chiefs.

“As a result of this inconsistency, newly hired employees’ acclimatization to their jobs and CA/PPT was delayed and required employees to rely disproportionately on the availability and goodwill of individual supervisors or more experienced colleagues,” the report states.

Arndt told the IG’s office she agreed with its recommendations, including implementing project management processes for Passport Services’ IT modernization projects. 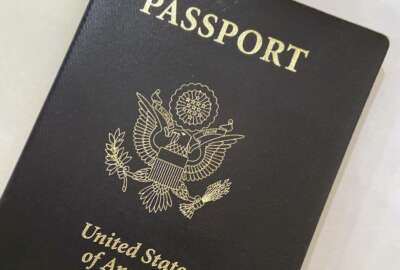