The Federal IT and Acquisition Reform Act is giving some agencies a much-needed push to address deep-seated, longstanding management problems they didn’t know about — or haven’t been able to tackle — before.

Agencies are slowly beginning to scale up their FITARA implementation teams and plans, after the Office of Management and Budget returned the first drafts of those plans earlier in October. But determining how individual people will factor in — has been more challenging.

None of the implementation...

The Federal IT and Acquisition Reform Act is giving some agencies a much-needed push to address deep-seated, longstanding management problems they didn’t know about — or haven’t been able to tackle — before.

Agencies are slowly beginning to scale up their FITARA implementation teams and plans, after the Office of Management and Budget returned the first drafts of those plans earlier in October. But determining how individual people will factor in — has been more challenging.

None of the implementation plans agencies submitted were perfect, said Federal Chief Information Officer Tony Scott. He said most plans fell in between the C- to B+ grade range.

“Practice varied very widely across the agencies,” he said at the Oct. 20 Federal IT Acquisition Summit in Washington. “[At] some agencies, the CIOs were highly engaged. In others, much of the activity was highly delegated and not visible to anybody on the CXO team. You can imagine in a very large, complex agency how easy that is to do, where things could be hidden from the CIO.”

Scott said agencies are making strides in developing implementation timelines and hammering out detailed policies, but one of the biggest challenges he sees is determining where people fit in.

“How do you get the people management of what CIOs are responsible for — it’s delegation of authority, it’s visibility and transparency — particularly in the big complex agencies,” Scott said. “Even with a lot of practice, that can be a difficult thing. So that’s probably the area where we have the most conversation going on. But I’m pleased with the conversation and I do think that we’re on a great path forward.”

Some agencies needed to add more detail to their plans. Every agency has, what Scott called, “breakthrough opportunities” to make significant changes in the way its management works or what information systems the organization uses.

The coming culture change at EPA

For some managers at the Environmental Protection Agency, FITARA is a welcome chance to uncover challenges across the department.

“When I first started going out and doing my conversations with people, it’s never a great way to start a conversation to say, ‘We’re going to have to do things differently now because it’s the law. You are not going to have all the autonomy you used to have because it’s the law,'” Elena Larsen, associate director of the Mission Investment Solutions Division at EPA’s Office of Technology Operations and Planning, said during the Oct. 22 Association for Enterprise Information’s FITARA Symposium in Arlington, Virginia. “But as we’ve started working through these things, people have approached me individually and said, this is really surfacing a lot of stuff that I didn’t know was going on at my own organization.”

One of those challenges is defining what it means for a CIO to approve a contract, as FITARA now requires agencies to do. EPA initially struggled with that question before FITARA implementation, because it lacks an overall CIO authority.

“We’ve resolved it,” said Doug Baptist, procurement analyst at EPA. “We have an understanding of what it means when a CIO has to approve a contract. That goes back to … well, I want to buy this, can I do that? We’ve got the budget office asking that, the acquisition office asking that, all of us are lined up to collaborate. Whether it’s by happenstance or on purpose, the law has driven us to collaborate.”

“You hate to think that you have to get forced into something,” Baptist said. “We all have limited resources and limited time, and certain mandates come along and that’s sometimes helpful. I think this is an instance where it actually has been very helpful for us.”

All about communication at USDA

“Everything that FITARA says we should be doing, we should have been doing,” said Flip Anderson, deputy associate chief information officer for information resource management and acting executive director for FITARA at the Agriculture Department.

Joyce Hunter, deputy CIO for policy and planning at USDA, said her department first met with all its CXOs to clarify each of their responsibilities and  resolve any “turf battles” between management.

OMB told the Agriculture Department that its plan was one of the best out of all the others agencies submitted.

The agency also scheduled weekly executive briefings with the department’s management, bureau leaders and members of the FITARA advisory board.

“One of the things I did as I went through the baseline plan was identify what areas would directly affect the bureau-level CIOs, put a table together [and] said, ‘Here’s all the things that I think will directly affect you,'” Anderson said. “We need to make sure they weren’t on the sidelines just watching the CXOs implement your stuff.”

USDA also put together designated color teams made up of volunteers. Each team is responsible for a specific task and has its own timeline.  The red team, for example, will review the implementation plans and predict OMB’s feedback, while the white team is responsible for compiling lessons learned and best practices through the implementation process. Anderson meets with each of those teams every morning.

“The biggest issue for me is trying to keep them from delving into the weeds,” he said. “Everybody wants to solve the technical issues — what budget object class should we be using, what actual policy should we be rewriting? I’m constantly having to keep us out of the weeds and focus on what is FITARA asking us to do, and how do we do that?”

Anderson is the lone, full-time person in charge of overseeing and implementing FITARA at USDA. He has two full-time volunteers who help him now, but their details will end Dec. 31. The department will have funding for three additional people for its FITARA Office in fiscal 2017, Anderson told Federal News Radio.

Eventually, USDA will stand up a FITARA office with a designated budget, which doesn’t kick in until fiscal 2017. The department hopes its AG Opportunity initiative, which lets USDA employees designate 20 percent of their work time toward other projects without going on detail, will help it stand up the FITARA office. 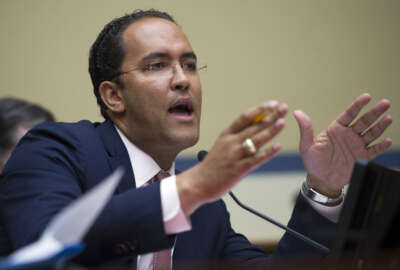 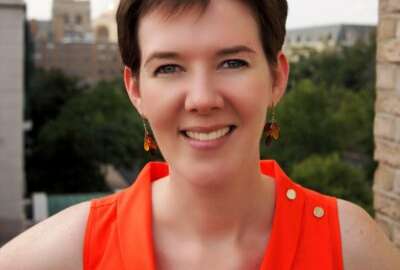