Details on President Barack Obama’s executive order on firearms became a bit clearer on Wednesday, as Attorney General Loretta Lynch testified before Congress on the priorities for curbing gun violence and the resources needed to meet those goals.

Speaking before the Senate appropriations subcommittee that will have a direct say in just how much money the Department of Justice receives to implement the executive order, Lynch said her agency would be asking for $80.3 million in fiscal...

Details on President Barack Obama’s executive order on firearms became a bit clearer on Wednesday, as Attorney General Loretta Lynch testified before Congress on the priorities for curbing gun violence and the resources needed to meet those goals.

Speaking before the Senate appropriations subcommittee that will have a direct say in just how much money the Department of Justice receives to implement the executive order, Lynch said her agency would be asking for $80.3 million in fiscal 2017 to fund the expansion of the National Instant Criminal Background Check System, hire 200 special agents and investigators for the Bureau of Alcohol, Tobacco, Firearms, and Explosives, as well as invest in the National Integrated Ballistic Information Network and National Firearms Act applications.

“With respect to strengthening our background system, sadly the NIC system is overwhelmed at this point,” Lynch said. “The licensed firearm dealers who submit this information deserve the best and most efficient NIC system that we can provide them. The individuals who submit their information and wait for that response also deserve the most efficient system that we can provide them.”

Obama announced his executive order Jan. 5, which in part is dedicated to bringing “an outdated background check system into the 21st century.”

“The goal is to increase the capacity of the current NIC system, so that it could be responsive on a 24-hour, 7-day-a-week basis,” Lynch said. “Currently, we are limited by staffing. I believe that we are able to operate 17 hours a day … we also do have an electronic platform through NICS [E-Check System] that allows dealers to get information quickly. We hope to improve that platform greatly. We’re working with U.S. Digital Service and gathering information into how to make that system more efficient, so that that also can be up 24 hours a day. Right now, there are times where it must be down for maintenance and must be down to get information uploaded into it … so that will help us with the backlog we are seeing, that frankly we’ve seen over the last several months and we anticipate will continue.”

Lynch shared in her testimony that in fiscal 2015, NICS investigators performed more than 23 million background checks. In December 2015 alone, the system received more than 3 million requests, which is the highest number of requests since January 2013, one month after the Sandy Hook Elementary School shooting, Lynch said.

“Certainly going forward, one of the things we’re looking to do is strengthen the electronic platform for the NIC system,” Lynch said. “Also in terms of examiners, making sure that they have the time to conduct these examinations and to provide a response to the dealers who call in. Most of this is still done over the phone, and most responses are still handled very, very quickly. Often the dealer will get an answer in the first phone call. But the difficult cases, the ones where you really do have to look and search to make sure that this individual is not prohibited, those often do take time. Still, it’s a system of which we’re incredibly proud. Over 2 million people have been prohibited from purchasing firearms as a result of the NICS background checks, and we think that is frankly a benefit to the country and to public safety.”

Sen. Barbara Mikulski (D-Md.) acknowledged that while the discussion on gun reform did include Second Amendment rights, she also wanted to know “in plain English … how can we, in either the President’s new proposals or in current laws, really have an aggressive effort on this issue of guns and criminals.”

What can be done, Lynch said, is make sure ATF is fully resourced, which includes the addition of those 200 agents and investigators.

“For FY 2016 our estimates are that we would need $121 million to run NICS, we’re asking for an additional $35 million for fiscal 2017 on top of that base figure,” Lynch said. “That would allow us to maintain the additional positions we hope to add this year. We may not be able to add all of them right away, as I indicated there is time required to bring federal employees on board, it would also help us improve the electronic platform of NICS. Our goal is to have the NIC system operational on a 24-hour, 7-day-a-week basis by the end of this year. That will require a great deal of information technology investment and support, but that is our goal.”

The hires would not be in addition to the current staff, Lynch said, but would fill existing vacancies, as well as offset the positions that will likely be vacated when some of the more than 500 agents up for retirement decide to leave.

Lynch said the first hires likely would be on a contract basis, because that process is faster, but the goal is to have full-time employees onboard.

“This is a matter of great concern for us, because NIC system is at a point where it’s becoming increasingly difficult to process the applications within the three-day time period,” Lynch said.

Lynch said the new hires would help to handle the increased paperwork resulting from the background checks, but agents would also be focused on violent crime problems and Internet sales.

“We want the enforcement of existing law, we want to see that ATF is staffed and able to do it,” said Diane Feinstein (D-Calif.).

Lynch said the additional financial resources would also go toward strengthening the ballistic information network (NIBIN), a “law enforcement-to-law enforcement initiative that essentially traces guns found at crime scenes, as well as casings; essentially all firearms-related evidence, and shares that information on a nationwide basis with law enforcement entities.” 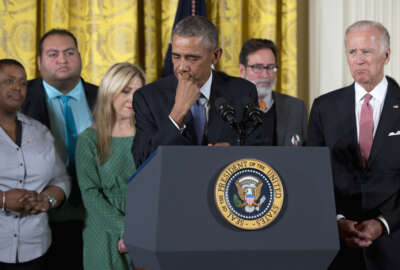 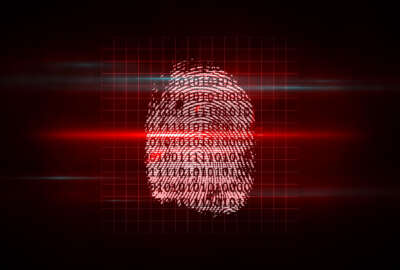