New year, new president, and the National Archives and Records Administration is making sure there are no questions around disclosure of presidential records, and reminding agencies of their own accountability to archive data during a time of change.

A proposed rule from NARA clarifies that while the agency maintains electronic records for the sitting commander-in-chief, the president has “exclusive control over the records” during his or her term, and has a constitutionally based privilege to stop the...

New year, new president, and the National Archives and Records Administration is making sure there are no questions around disclosure of presidential records, and reminding agencies of their own accountability to archive data during a time of change.

A proposed rule from NARA clarifies that while the agency maintains electronic records for the sitting commander-in-chief, the president has “exclusive control over the records” during his or her term, and has a constitutionally based privilege to stop the public disclosure of a particular record, even after their term is over.

The proposed rule outlined that when the NARA archivist decides to release a record to the public, the former and current president must receive prompt, written notification. The presidents are allowed 60 days to decide whether or not to claim privilege and prevent the release of all or a portion of the record.

“The incumbent or former president must personally make any decision to assert a claim of constitutionally based privilege against disclosing a presidential record or a reasonably segregable portion of it,” the rule states. “The president must notify the archivist, the Committee on Oversight and Government Reform of the House of Representatives, and the Committee on Homeland Security and Governmental Affairs of the Senate, of a privilege claim … on the same day that the president asserts such a claim. If a former president asserts the claim, the archivist consults with the incumbent president, as soon as practicable and within 30 calendar days from the date that the archivist receives notice of the claim, to determine whether the incumbent president will uphold the claim.”

If the incumbent president does not uphold the request, the record is released within 90 days of when the claim was received.

The public must also be notified of the proposed disclosure, along with the number of pages, a description of the record and when the 60-day constitutional privilege period expires.

Public access to presidential records usually begins five years after the term has ended, NARA states in its proposed rule. A president can restrict access to their records for a period up to 12 years after they leave office. Even then, that restriction can be lifted for something like a subpoena, or if the current president or a chamber of Congress needs access to that information for business, and that information doesn’t exist in another place.

The proposed rule includes changes that stem from the Presidential and Federal Records Acts Amendments of 2014, which is already in effect and will remain that way regardless of the proposed rule.

The “privilege review process” was originally controlled by an executive order, and the 2014 amendments changed that to a codified review process.

But because the 2014 amendments did not codify the notification process, NARA is revising its regulations on disclosing records “to ensure that the former and incumbent presidents are given notice and an opportunity to consider whether to assert a constitutionally based privilege in those circumstances as well.”

“The 2014 amendments also authorized an incumbent president to transfer physical custody of their permanent electronic presidential records to NARA, while leaving legal custody with the president, and some other more minor changes,” the rule states. “We are therefore also revising the regulation to reflect these changes.”

The proposed rule does block the release of original presidential records to a president’s designated representative, if that person has been found guilty of a crime “that involves misuse or misappropriation of NARA records.”

The proposed rule also states that the president can dispose of any presidential records in their administration if the president thinks there is no “administrative, historical, informational, or evidentiary value.”

The president must post a disposal schedule 60 consecutive congressional days before it is to start, and get a sign off from the NARA archivist.

The proposed rule also includes an expansion from 35 days to 90 days in which a person can file an appeal against a denial of records access.

Comments on the proposed rule are due by Jan. 27.

In late December, NARA informed agencies in a blog post that the administration “will neither conduct, nor require, a governmentwide harvest (i.e., capture) of federal agency websites as we last did in 2004.”

Agencies are well-equipped to handle their digital federal records, NARA said, adding that if agencies do need some help, NARA provides guidance on managing and transferring data.

NARA also said in its post that agencies cannot rely on non-federal “archiving” third parties to do their work for them.

“NARA’s records management operations are focused on identifying, appraising, scheduling, and transferring Federal records of permanent value,” NARA said. “We believe that working with agencies to identify and schedule web records will result in the preservation of those records that are historically valuable and worthy of permanent retention for future generations of researchers.”

The Obama administration is in the process of transferring 12 terabytes of data to the National Archives and Records Administration. 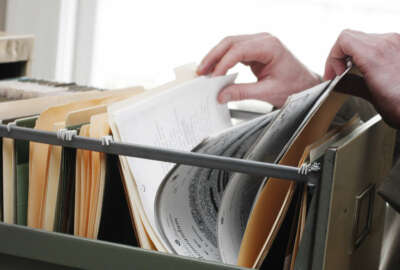 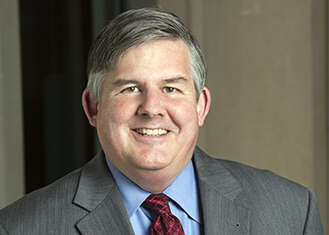 Classified vs. controlled unclassified information: what you should know