The White House has withdrawn nearly two dozen pending Senate nominations — including ones for the inspectors seneral of the Defense Department, Office of Personnel Management and the National Security Agency — leaving questions as to how much longer some agencies will have to wait for a watchdog, and what impact that could have on federal oversight.

Other nominations withdrawn by President Donald Trump during the 115th Congress include two foreign service members; nominees for the Federal...

The White House has withdrawn nearly two dozen pending Senate nominations — including ones for the inspectors seneral of the Defense Department, Office of Personnel Management and the National Security Agency — leaving questions as to how much longer some agencies will have to wait for a watchdog, and what impact that could have on federal oversight.

Other nominations withdrawn by President Donald Trump during the 115th Congress include two foreign service members; nominees for the Federal Communications Commission, the Corporation for Public Broadcasting and the Commodity Futures Trading Commission; and five nominees for the State Justice Institute, which provides grants for state judicial systems.

Carolyn Lerner’s nomination as Special Counsel for the Office of Special Counsel has also been withdrawn. Lerner’s 5-year term expired but she is serving in a holdover capacity, which expires in June.

The four IG nominations that have been withdrawn are:

DoD has been without an official inspector general for 10 months, though Fine has served the large agency as a principle deputy IG and most recently as acting IG. A Defense spokeswoman confirmed that Fine did not prompt the withdrawal himself.

OPM last had an IG roughly 260 days ago.

The White House did not respond to a request for comment.

Jim Taylor, managing director in Grant Thornton’s Global Public Sector practice, said it’s not unusual for a new administration to withdraw pending Senate nominations submitted by a previous administration, to determine whether the candidates’ views are in line with their leadership approach and overall philosophy.

“Inspectors general, when they’re first considered, are no different than any other presidential nominee,” said Taylor, who is also a former chief financial officer for the Labor Department, a position which required a presidential nomination and Senate confirmation. “There’s a vetting process conducted by the White House prior to being submitted to the Senate for confirmation. While I have no specific knowledge of the individual nominees which have been withdrawn, I would assume this White House just wants to make sure they are comfortable that the IG nominees share the philosophy of this administration, since this vetting was conducted by the prior administration. In the end, you’re still talking about a presidential appointee. They weren’t nominated by this administration. This administration, like any other, has a right to say that these individuals really don’t represent me.”

In a November 2016 letter to the Senate majority and minority leaders, Michael Horowitz, Council of Inspectors General on Integrity and Efficiency (CIGIE) chairman, urged the lawmakers to confirm eight IG nominees because a “sustained absence of permanent leadership for any office … is neither prudent nor reflective of good governance.”

“Moreover, no matter how able or experienced an acting Inspector General may be, a permanent IG has the ability to exercise more authority in setting new policies and procedures and, by virtue of the authority provided for in the IG Act, inevitably will be seen as having greater independence,” Horowitz said in his letter. “As such, a timely process for addressing vacant IG positions is crucial to an OIG’s success, as well as that of his or her agency.”

Taylor offered similar thoughts, saying career staff within the OIG — just as they do within executive branch agencies during any transition — keep the trains running on time and ensure continuity, but long-term vacancies have long-term implications.

“Just like any kind of agency, you have career staff to carry the organization’s mission,” Taylor said. “But over time, just like on the executive side, organizations need the leadership in place to establish a vision, and interact with the agency’s political leadership, and with congressional oversight committees. The OIG is a person who has the gravitas, has the title, who can deal with Congress, deal with the administration.”

Vacancies at the IG level are one issue facing the oversight community, but the federal hiring freeze would also impact the OIG staff.

During a recent House appropriations subcommittee hearing, four large agency IGs answered in the affirmative when Rep. Rosa DeLauro (D-Conn.) asked whether they had been forced to scale back their oversight.

“That has got to … [impact] the vital mission and work of the OIG,” DeLauro said. “In writing, I would like to know, and I think this committee would like to know, what is it that you are not now able to do, each of these departments, because of a hiring freeze which can only be compounded by a cut in 2017 and a potential cut in 2018?”

DeLauro in February introduced a bill to create an OIG for the White House.

“An Inspector General in the Executive Office of the President would promote an ethical environment at the White House and create an additional layer of review to provide nonpartisan recommendations for improving the functions of the White House and reduce the possibility of scandal,” DeLauro said in a statement. “Further, the Inspector General could provide constructive criticism and recommendations, and would also provide employees with a safe place to voice complaints.” 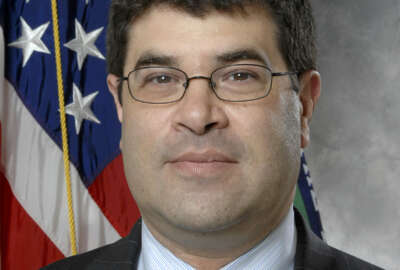