In an April 17 memo from EPA Acting Deputy Administrator Michael Flynn, which was obtained by Federal News Radio, he said the agency’s goal is to complete the early out program by the end of June.

“The [Office of Management and Budget] guidance … requires all agencies to begin taking immediate actions on near-term...

In an April 17 memo from EPA Acting Deputy Administrator Michael Flynn, which was obtained by Federal News Radio, he said the agency’s goal is to complete the early out program by the end of June.

“The [Office of Management and Budget] guidance … requires all agencies to begin taking immediate actions on near-term workforce reductions,” Flynn said in his memo. “In light of this guidance, we will begin the steps necessary to initiate an early out/buyout (VERA/VSIP) program.”

Flynn said EPA formed a work group to start the early process of developing an Agency Reform Plan. This process included determining whether or not to continue the hiring freeze.

“Given our resource situation, we will continue a freeze on external hiring,” Flynn said. “Very limited exceptions to this external hiring freeze may be permitted on a case-by-case basis with approve by the Acting Deputy Administrator. Internal reassignments may proceed where appropriate, but Senior Resource Official approval will be required if the reassignment is across NPMs [National Program Managers] or regions.”

According to information from the Government Accountability Office, the government has an average retirement eligibility rate of 34 percent. While some of the large agencies are at or below that average, EPA is close to 45 percent.

The EPA’s Office of Inspector General reported that in 2014, the agency spent $16.2 million under its VERA-VSIP authority — $11.3 million for early out/buyout incentives for 456 employees, and $4.9 million in annual leave payments.

The White House proposed a $5.7 billion budget for EPA in fiscal 2018. That’s a 31 percent cut from 2017 numbers. The cut would force the agency to eliminate nearly 4,000 full-time equivalents and at least 50 individual programs in 2018, according to internal EPA documents that describe funding levels and policy decisions that support the President Donald Trump’s 2018 budget request.

“If the administration was interested in realigning the U.S. EPA, it would first conduct a thorough workforce and workload analysis,”  said John O’Grady, president of the American Federal of Government Employees Council 238, which specifically represents EPA employees. “This has been pointed out year after year by the U.S. EPA Office of Inspector General, as well as the Government Accountability Office. However, they will not do this because it would tell them that the agency is woefully underfunded and understaffed today. Any further cuts will absolutely cripple the agency.”

The consolidation would change the way EPA approaches acquisition, cybersecurity and IT modernization and its real property footprint — and may indicate what’s in store for other agencies as they prepare for to reorganize and  reshape their workforce and focus in on evidence-based priorities.

“The resource levels require us to think about the work we do and how we do it, the way we are organized and the geographic location and spaces we occupy,” David Bloom, EPA’s acting chief financial officer said in a March 21 message to agency officials on the proposed budget. “The agency will continue to seek opportunities to reduce further our facility footprint and/or implement planned and pending moves in an expedited and cost effective manner.”

The administration’s reorganization directive charges departments to submit a plan to OMB on how they will maximize employee performance. These plans should focus on reviewing and updating agency policy around limiting the use of paid administrative leave and using performance improvement plans to address poor performing employees. 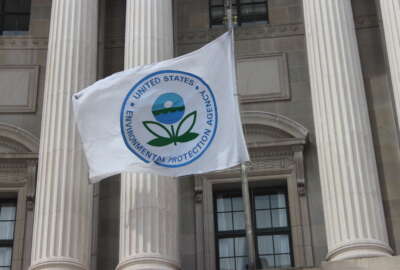