Last year’s severe hurricanes and wildfires were devastating and historic, but they did prompt some good at the Federal Emergency Management Agency.

FEMA took advantage of a dire situation and piloted in the field in Texas, Florida, the U.S. Virgin Islands and Puerto Rico several new innovative ways to streamline its work — and change its strategic plan for the next four years.

“FEMA is not a first responder,” Daniel Kaniewski, the agency’s deputy administrator, said in a speech Wednesday at George Washington University’s Center for Cyber and Homeland Security. “We are going to be very blunt with the American public about what FEMA can and can’t do, about what the federal government can and can’t do, and I hope state and local governments take this forward as well.”

“FEMA will continue to fund the recovery for smaller disasters, but increasingly, we will be looking for state and local governments to manage those programs,” Kaniewski said. “I will assert, maybe that’s a high goal. It depends on what state or what community you’re talking about — whether or not they can step up and manage those programs.”

To that end, FEMA wants to help states reach a point where they can successfully take on some of this work on their own. It wants to foster a “culture of preparedness” and spread those messages as part of a new national campaign, Kaniewski said.

FEMA is hosting disaster planning seminars for its other federal partners, Kaniewski said. The Health and Human Services and Transportation departments lent a hand in Texas, Florida and Puerto Rico.

The Surge Capacity Force, which the Homeland Security Department originally piloted and expanded to other cabinet-level agencies, is one example. DHS last fall sourced employees from 15 other agencies to help with translating or registering disaster survivors for assistance.

“Thank you to the federal workforce who stepped up to the plate and volunteered for that mission,” said Kaniewski, who described his experience meeting a NASA employee who spoke with confidence about his disaster relief work in Puerto Rico.

The agency instead wants to focus its attention and resources on the truly catastrophic events — like Hurricanes Harvey and Maria. When Harvey hit in Texas last August, FEMA already had personnel deployed in 32 other disasters across the country.

Simplifying FEMA’s recovery programs is another strategic goal for the agency.

The agency has more than 200 individual systems, many of which can’t talk to each other. Ten of those systems administer FEMA’s grants programs. The agency is looking at a few possible pilot systems, and it’s pursuing partnerships with Silicon Valley companies to help FEMA develop interoperable solutions, Kaniewski said.

Kaniewski said FEMA has already begun to tackle this challenge. During last year’s storms, the agency collected ideas in real time and piloted them to streamline and make the work more efficient.

For example, FEMA previously sent separate teams from its individual assistance program and National Flood Insurance Program to assess damage on a specific building or home.

“In some cases, there are not one, but two, but three, or four inspectors visiting the same residence from FEMA and from other federal agencies. That delays assistance, and it just doesn’t make sense,” he said.

In Florida and Texas, FEMA brought their flood insurance and mitigation teams together in advance. Those teams together performed one inspection, Kaniewski said.

“Not only was it faster, but it saved millions of dollars,” he said. “Those pilots were just done … because someone on the ground at FEMA at one of our joint field offices said this doesn’t make any sense.”

The agency is also piloting a new concept for its FEMA integration teams, a group of logisticians  and other experts that are designed to help state emergency management agencies better prepare for future disasters, Kaniewski said. FEMA has these FIT teams in some states now, and it eventually hopes to embed them throughout the country.

“They don’t have the experts,” he said. “We want to provide them the experts, build up that level of capability, so that state at some point in the future could manage a recovery program on their own and FEMA would simply be providing financial support, rather than administrative and personnel support.”

In a sense, FEMA’s new strategic plan dates back to the agency’s beginnings in the late 1970s.

“We’re finding ourselves going back to the future,” Kaniewski said. “We need to get back to some of our roots and look at that civil defense planning that FEMA historically did, that we as a nation did, quite frankly, back during the Cold War to prepare ironically enough for threats of today and tomorrow.” 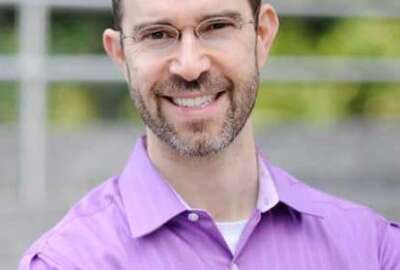