Suzette Kent, the federal chief information officer, took a victory lap of sorts after completing the final and 52nd task under the 2017 IT Modernization Report to the President this morning.

Kent, speaking at the Advanced Technology Academic Research Center’s IT modernization summit, said she signed off on the draft policy to update the Trusted Internet Connections (TIC) program Thursday morning.

She said the draft TIC policy will be out in the Federal Register next...

Suzette Kent, the federal chief information officer, took a victory lap of sorts after completing the final and 52nd task under the 2017 IT Modernization Report to the President this morning.

Kent, speaking at the Advanced Technology Academic Research Center’s IT modernization summit, said she signed off on the draft policy to update the Trusted Internet Connections (TIC) program Thursday morning.

She said the draft TIC policy will be out in the Federal Register next week. Like the three other draft policies issued in 2018—identity management, cloud smart and data center—the Office of Management and Budget will seek industry and agency comments on TIC.

“Modern technology requires modern policy. Over the last 10 months we’ve had our own set of policy sprints,” Kent said. “In reflection, 2018 was a year of action. Part of my challenge of being here over the last 10 months was to build a relationship and roadmap for partnering with the agencies to deliver on those lofty expectations that we were given in the technology community both by the administration and by Congress.”

The current TIC policy from 2007 is one of the few remaining major barriers that are making it more difficult for agencies to move to the cloud.

Part of the reason it took so long to write the draft policy is the Small Business Administration and the Energy Department were piloting new approaches to TIC. The agencies finished those tests earlier this summer and delivered their results to OMB and the CIO Council to inform the draft policy.

“It will help us streamline agency efforts to move to multi-cloud environments where we need to look at a different approach to security and data storage,” Kent said at another event later Thursday sponsored by the Center for Strategic and International Studies. “We also are looking at—probably the area I’m very excited about—the intersection of identity improvements, data usage and zero trust architecture. When we think about the holistic environment, enhancements in identity are really important to who is accessing, and as we invest in data, taxonomy and what we are doing with data to make it available, who we let have access to that data is an important part of the question. And how we marry those two with what someone is doing in our applications is a very important nexus of components and we have it architected with that mindset.”

She said the goal is to be open with data, but also protect the security and privacy of that information.

Along with the updated draft TIC policy, Kent ticked off several other accomplishments from 2018.

She said almost 70 percent of all federal email is in the cloud, up from 40 percent almost 10 months ago.

Kent said 13 agencies have at least 95 percent of their email in the cloud and six are at least half way there. She said two are still in the planning phase, and they will be spending a lot of time with OMB over the next year.

And Kent highlighted the latest Federal IT Acquisition Reform Act (FITARA) scorecard where, for the first time, no agency received an “F” grade and 11 earned “B” grades.

“When you look at that, what you also see if you dig into the details … there has been great progress. We are not done. There are many things that need to be addressed. We will continue to focus on how we will use the scorecard to drive the right behaviors,” she said. “There are many agencies where we’ve seen great progress so now what are the next things we will focus on?”

Among the other accomplishments in 2018, Kent said the CIO Council led pilots around business analytics and zero trust networks.

“We’ve consolidated an historic spider web of websites at agencies like the Veterans Affairs and the Agriculture departments for their citizen friendly portals,” she said. “We introduced analytics and operational dashboards in many agencies, SBA, the Justice Department, USDA and the Department of Health and Human Services, to drive efficiency and transparency. There will be more to come. We eliminated paper processes … at the Labor Department, the Department of Homeland Security, the General Services Administration, the State Department, VA and many others.”

Finally, Kent said the administration will finalize and release the first draft of Federal Data Strategy and a one-year action plan in early 2019, launch data incubators and continue to build on the cadre of data fellows. There are more than 40 of them today helping agencies use data as a strategic asset.

The new policies as well as the other items under the report to the president are part of how OMB is setting the foundation for 2019 and beyond.

“We are now working on creating an initial approach for using automated technologies inside the federal government. Our intent is to ensure we have guardrails for how we use, we create transparency and the right processes for inspection that align with the consequences of the outcomes of the activities we are automating,” Kent said. “We are looking for ways to automate our scores for the Federal Information Security Management Act and FITARA. It’s not just a one-time thing, but we are continuously looking and engaging our performance. There are multiple pieces of legislation. We saw the IDEA Act pass [Wednesday]. We look forward to moving from concept to actual delivery on many of the things I highlighted.”

Additionally, Kent said OMB will be making a big push for agencies to move to shared services and will launch three workforce initiatives around reskilling, retraining and leadership development.

“I hope you feel like a lot has been accomplished. But we have a lot more to do. It’s never done. We are always continuing to raise the bar and continue moving forward,” she said. “Reflect on what we’ve done and use that as the stepping stone for how we will continue to move forward, how we accelerate the use of modern technologies and how we remove barriers. We at OMB and Office of the Federal CIO are your partner in that and as we work across the CIO Council with every agency, that is a voice to drive all components of modernization, technology, people and the policy that are around it.” 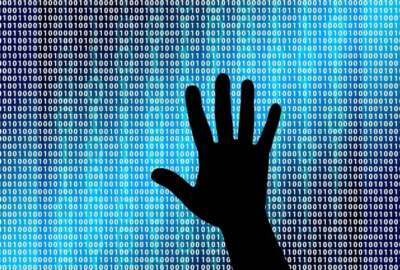 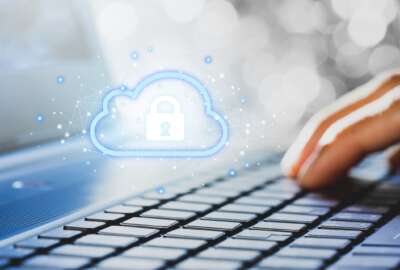