A federal appellate court handed down a pair of rulings Thursday that could make it somewhat more difficult to fire Department of Veterans Affairs employees, while also adding some legal clarity to portions of a 2017 VA accountability law that Congress left a bit vague.

In one opinion, the Court of Appeals for the Federal Circuit determined that when VA officials are considering disciplining or firing an employee, the worker’s alleged misconduct needs to be...

A federal appellate court handed down a pair of rulings Thursday that could make it somewhat more difficult to fire Department of Veterans Affairs employees, while also adding some legal clarity to portions of a 2017 VA accountability law that Congress left a bit vague.

In one opinion, the Court of Appeals for the Federal Circuit determined that when VA officials are considering disciplining or firing an employee, the worker’s alleged misconduct needs to be proven by a preponderance of the evidence — meaning it’s more likely than not that the misbehavior really happened. That’s the same standard used to judge civil servants’ misconduct at all other federal agencies.

The department had interpreted the 2017 VA Accountability and Whistleblower Protection Act to mean that it could remove employees on the basis of a much lower burden of proof — “substantial evidence” — meaning officials only needed to decide that a reasonable person could think the employee is guilty.

The unanimous three-judge panel found that VA’s interpretation was wrong.

“Preponderance of the evidence has long been recognized as the traditional burden of proof in civil administrative proceedings,” the judges wrote. “There may be exceptional circumstances in which a lower burden of proof than preponderance of the evidence could legitimately be applied. Examples might include cases in which the issue is whether a person should be given a top-secret clearance despite serious concerns about the person’s background. But those circumstances would be rare and would typically require an explicit directive to use a burden of proof lower than preponderance in order to justify departing from the traditional standard.”

In a separate but related case, the same appellate court ruled Thursday that VA must use a set of criteria known as the “Douglas factors” to help decide, in essence, whether an employee’s proposed punishment truly fits the crime before they invoke discipline.

The list of 12 factors is meant to force agency officials to consider various questions that might be relevant to the penalty they’re about to impose, like the employee’s past disciplinary record, whether the punishment is consistent with what other employees have faced for the same kinds of offenses, and whether the alleged misconduct has anything to do with the employee’s job.

VA believed the 2017 Accountability Act exempted it from the need to consider those Douglas factors — a requirement all other agencies have to abide by. But there too, the department got it wrong, the court found.

James Eisenmann, an attorney who specializes in federal employment issues, said lawmakers left the issues of the Douglas factors and burdens of proof unanswered when they wrote the Accountability Act, but that the court’s resolution makes sense.

“I think these decisions are pretty big, precedent-wise. They put some meat on the bones of the act, and I think they’re good decisions,” said Eisenmann, a partner at the Alden Law Group. “This clarifies things a lot.”

In particular, the court’s insistence on a preponderance of the evidence standard will serve as an important precedent for future VA decisions and the Merit System Protection Board’s review of those decisions, he said.

But the added clarity doesn’t fundamentally change the processes Congress set out in the 2017 law, which was meant to let VA remove problematic employees on a faster timeline.

“The process still moves quicker [for VA disciplinary decisions], and the MSBP review of those decisions is still going to be a substantial evidence review — which is a relatively deferential review of an agency decision,” Eisenmann said. “And the MSPB still can’t impose its own view of what the punishment should be.”

In previous rulings dealing with the VA statute, the court found that the board’s administrative law judges can’t make “mitigating” changes to reduce those penalties on their own, so the MSPB’s only option when it concludes, for example, that firing an employee was too serious a penalty for the offense he or she committed, is to send the case back to the VA itself for reconsideration.

In an opinion still to come, the court is also expected to decide the question of whether the MSPB’s current crop of judges has authority to do much of anything at all.

Thursday’s opinion strongly hinted that the court is closing in on a decision in a separate case, McIntosh v. Department of Defense, which will decide whether the board’s judges are “principal officers” who need to be appointed by the president and confirmed by the Senate in order for their decisions to be binding on any federal agency.

The answer to that question is extremely important in light of the fact that the three-member board has no members, let alone a quorum that would let it make official decisions.

In normal times, a quorum of the MSPB’s members — who do require Senate approval — could theoretically give the board’s blessing to the decisions its judges have already made en-masse, even if the court determines those judges’ decisions can’t stand on their own because they were never properly appointed.

But the board has been completely vacant for four years now.

In June, President Biden nominated two prospective MSPB members, Raymond A. Limon and Cathy Ann Harris. Neither have made it past the Homeland Security and Governmental Affairs committee, the first stop in the confirmation process. President Trump nominated three members by the end of his term, but the Senate confirmed none of them by the end of his presidency. 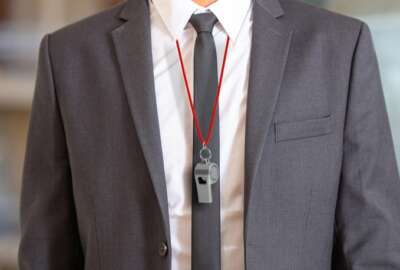