In most parts of the country, naughty children are given a timeout, get grounded, or may lose part of their allowance as a form of punishment.

In the Washington metro area, however, troublesome toddlers and politically savvy teens know that if they mess up, they may be hit by sequestration.

Sequestration hit in 2013 and it may happen again this year. If there is another government shutdown it could come as early as October, the start of the new fiscal year. So what is it?

Sequestration is a very real budget gimmick that can trigger what has been described by the Washington Post as billions of dollars “in ugly and largely irrational federal spending cuts.” The last time sequestration kicked in, it forced many federal agencies to furlough employees, costing them up to 20 percent of their salary during the furlough period. Later, there was a government shutdown, which was doubly wasteful and stupid because employees (who are also taxpayers) got paid for not working. The Federal Employee Education and Assistance fund, the feds-helping-feds charity that is part of the Combined Federal Campaign, actually ran out of money during that time period, giving employees no-interest payday loans.

Sequestration is a combination of a parliamentary-budgetary ploy wrapped around a fiscal timebomb. If you don’t do what it says, it goes off as it did in 2013. It triggered some $85 million in spending cuts, which resulted in a 13-day government shutdown.

During the presidential debate on Oct. 22, 2012, President Barack Obama said sequestration was conceived by Congress. His Treasury Secretary Jack Lew backed him up. But in his book, “The Price of Politics,” the Washington Post’s Bob Woodward said it was cooked up at the White House and the Office of Management and Budget, which Lew then headed. For more on the inside story of sequestration, click here.

Woodward, who coauthored “All The President’s Men” with Carl Bernstein, is considered by many to be the best investigative journalist in the business. He wrote in the Post that “the automatic spending cuts (sequestration) were initiated by the White House and were the brainchild of Lew” and other top budget aides. The ever-precise Woodward even chronicled the birth hour of sequestration. “President Obama personally approved of the plan for Lew and [OMB Deputy Director Ron] Nabors to propose the sequester to Senate Majority Leader Harry Reid (D-Nev.),” he wrote. “They did so at 2:30 p.m. July 27, 2011, according to interviews with two senior White House aides who were directly involved.”

When and if there are government shutdowns — like the lengthy one during the Clinton administration — both political parties try to blame the other. And while that is Washington spin-control-as-usual, it hurts millions of people for no good reason. It can disrupt vacations (National Parks closed) and impact people’s finances. So are we headed for another one when Congress gets back from its latest vacation? Check here.

So could something that most people think is ugly, stupid and wasteful happen again? Would Congress and the White House allow (cause) another government shutdown in hopes that the opposition party will get the blame? While many believe that cooler heads will prevail and the budget will get straightened out, others remind us that this is Washington, so all bets, maybe, are off.

Peter Allen and Carole Bayer Sager co-authored the song “Everything Old Is New Again,” which first appeared on the 1974 album Continental American. 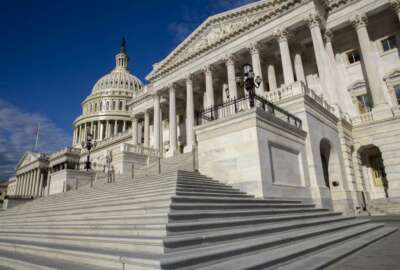 Is the civil service unbreakable?