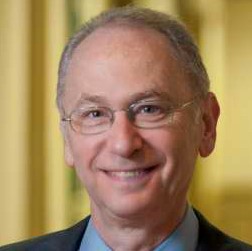 The following column was submitted by Arthur Stein, a Washington, D.C.-area based certified financial planner with more than two decades of experience.

Questions: Did the transfer to the L funds generate a higher return for Tom? Was it in some way “safer?”

By using share prices downloaded from www.TSP.gov and assuming Tom had $500,000 in the TSP four years ago, it is possible to calculate the differences between leaving his TSP balance completely in C, or in February 2015 transferring from C to L2040 and in September 2018 transferring to L2040.

There were only 60 days when the L Fund investments were worth less than the C Fund investment. Fifty-nine of those days occurred in 2015, the first year of the comparison, while the remaining day was Dec. 24, 2018. But the L Fund advantage only lasted that one day.

On a percentage basis, the L Fund strategy only had a higher value on 0.06 percent of the days examined. The L Fund investments appear to be less volatile. In that way, they are “safer.”

Which was the better strategy? It is difficult to say because TSP participants have different goals, needs and investment concerns. But we can say that long-term TSP investors face a dilemma.

Invest for lower volatility and a lower chance of losing principal (safety) but with a higher chance of a decline in purchasing power. Or, the higher potential growth historically offered by stocks, accepting greater risk for the opportunity to increase purchasing power.

Each investor must choose.

Manatees are part of the Sirenia animal order, and their closest living relative is the elephant.