The morning after at the IRS: Now what?

Win, lose or draw, for most of us it’s over until this time next...

Win, lose or draw, for most of us it’s over until this time next year. But at the IRS it is Groundhog Day everyday. Except it’s not funny like the movie.

For many IRS workers who weathered a record tax season which included the 35-day government shutdown, it’s back to “normal” which, for many, means doing even more with even less and new pressure as politicians argue over the release of President Donald Trump’s tax returns from the past six years. Rank-and-file employees expect they will, again, take heat as politicians argue about the politicization (or not) of the IRS. And the fact that each year it does or tries to do more with less.

Here’s a morning-after update from a long-time career IRS manager:

“Speaking anonymously, I believe that the staffing levels have dropped to around 25% of what they were in 2005 in some areas, which currently has left a crisis of continuity. There are barely enough people left keeping the lights on to barely allow enough people to barely meet far reduced goals. Possibly look into what happens when (legacy system) IT gets overloaded due to a small error, which takes out a whole region’s workforce for over a month, etc. Millions of dollars of production are lost due to not having hundreds of dollars of resources on a regular basis.

“Most of the personnel with most of the talent and experience have retired or fled to the private sector — possibly due to the Bureau of Labor Statistics that government personnel are underpaid compared to the public sector by now over 35% for the same job. USAToday did a nice axe job several years ago when they noted that the average federal worker made more than the average private worker, but left out that the federal government has been forced to outsource most of the low paying jobs, leaving an apples-to-oranges comparison. Comparing McDonald’s and Walmart workers with a college graduate with an average of over 10 years in the position is not a fair comparison.

“Additional proposals to freeze pay and cost of living increases, increase retirement contributions by 600% and tying up funding authority for months on end have really made any hiring into this situation a difficult lift.

“All of this is without a serious disruption to the system, beyond the non-funding of the agency for over a month, that is. The IRS routinely supplies workforce to supplement FEMA in times of disaster. This is merely a shell game trick to cover the chronic lack of personnel in any one location. We rush a response force to the hardest hit areas, constantly.

“Finally, consider the expanding duties of the IRS: Manic changes in the tax code, congressional litigation holds and ID theft prevention; and how they are accomplished with a severely reduced workforce working on rubber banded legacy computer systems.

“What happens when there is no confidence in collecting taxes, administering tax law or keeping information safe?

In 2014, Always Look on the Bright Side of Life, from the 1979 Monty Python film The Life of Brian, was the most popular song played at British funerals. 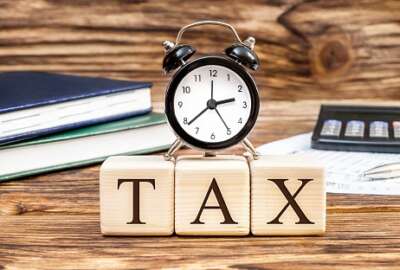 Got a problem with the IRS? So does the IRS