WASHINGTON (AP) — A former Navy civilian auditor sexually harassed at least a dozen female employees for more than two decades as part of a pervasive pattern of misconduct and retaliation, according to a government watchdog report released Wednesday.

The report by the Defense Department’s inspector general found that former Navy Auditor General Ronnie Booth engaged in “quid pro quo sexual propositions when interacting with female subordinates at the Naval Audit Service.” It said he...

WASHINGTON (AP) — A former Navy civilian auditor sexually harassed at least a dozen female employees for more than two decades as part of a pervasive pattern of misconduct and retaliation, according to a government watchdog report released Wednesday.

The report by the Defense Department’s inspector general found that former Navy Auditor General Ronnie Booth engaged in “quid pro quo sexual propositions when interacting with female subordinates at the Naval Audit Service.” It said he requested “sexual favors in exchange for career advancement, all under the guise of professional career ‘mentoring’.” Booth also was in a ”sporadic long-term sexual relationship” with one subordinate in exchange for job promotions and other professional help, the report said.

The report said Booth’s interactions with female employees created a hostile and intimidating work environment, causing a number of the women to leave their jobs or ask for transfers. It also concluded that employees had an “unfavorable perception” of how complaints were handled, and so were discouraged from reporting his behavior.

The release of the report comes as the Defense Department continues to struggle with efforts to curtail sexual assault and harassment across the force. Soon after his confirmation, Defense Secretary Lloyd Austin created an independent review commission to conduct a 90-day assessment of the problem and make recommendations for changes in prevention, the treatment of victims and the military justice system for perpetrators.

Booth resigned in September 2019, shortly after the probe into his behavior began. During his interviews, he denied sexually harassing female subordinates and said “he had an open door policy for mentoring” and there was “no difference between how he mentored men and women,” the report said.

According to the report, when the inspector general informed Booth of its conclusions, he left a voicemail saying, “The comments that I gave during my interview, I stand by those. Again, I don’t know where these accusations are coming from as I stated in my comments.”

The inspector general did not substantiate allegations that the Navy’s former acting secretary, Thomas Modly, knew about sexual harassment accusations against Booth but promoted him anyway. It found that Modly relied on staff to alert him to any problems with Booth’s promotion and that he was told there were none.

The report noted that some employees complained about Booth’s behavior in anonymous comments in the 2018 job climate survey that workers fill out.

“We determined that Mr. Modly complied with DoD and Navy standards when he was informed of the sexual harassment allegations against Mr. Booth by having his staff and advisors, including legal advisors, vet Mr. Booth and other candidates before making a selection,” the report said.

U.S. Rep. Jackie Speier, D-Calif., and Sen. Kristen Gillibrand, D-N.Y., have been pressing the Pentagon for action on the matter.

On Wednesday, Speier called the report a “sickening and stunning indictment,” which is “all the more appalling because he was allowed to retire with a full pension.”

Speier, who is head of the House Military Personnel Subcommittee, added, “Every senior federal agency leader must read this report and consider what they are doing to prevent, detect, and stamp out toxic sexual harassment anywhere it occurs in their agencies.”

The Senate Armed Services subcommittee on personnel, chaired by Gillibrand, heard testimony on Wednesday from survivors of sexual assault in the military and advocates who said that reports of rape, abuse and retaliation are ignored by commanders. And they said assault victims are often forced to remain in the same unit as the accused attacker. As a result, survivors have left the military, and some have taken their own lives, they said.

“Military leaders have said the chain of command will solve the problem,” said Gillibrand. “They have failed.” She said that military leaders have created special panels, committees, task forces and other efforts to attack the problem, and spent years of time and millions of dollars, but “there has been no progress made over the past 15 years.”

The Navy, in a statement from spokeswoman Priscilla Rodriguez, said that the service “continually strives to foster an environment of dignity and respect, where sexual harassment is never tolerated, condoned or ignored.”

In a letter to acting Inspector General Sean O’Donnell last November, Speier and Gillibrand questioned why the investigation was taking so long.

The Defense Department’s inspector general first received information about Booth in January 2019, and received additional complaints over the next several months, before formally opening an investigation in July 2019. In March 2020, the investigation expanded to include questions about whether Modly knew about Booth’s behavior.

“We understand the issues involved are complex, but we also believe that the whistleblowers who took significant risks to raise concerns about Mr. Booth deserve timely action on their concerns,” the lawmakers said in their letter.

The inspector general concluded that the Navy’s auditor general needs to improve workers’ confidence in the agency’s ability to handle sexual assault complaints and should do refresher training on harassment. 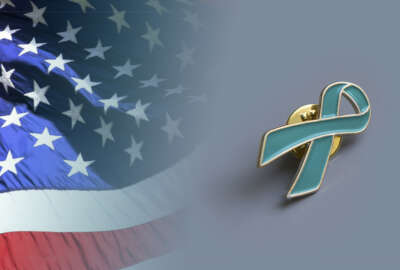