Nearly one in every five employees at the Federal Emergency Management Agency say they’ve experienced harassment or discrimination on the job, according to a new survey of approximately 9,000 workers.

FEMA hired the RAND Corporation in 2018 to conduct the survey after an internal agency investigation revealed a series of sexual harassment and misconduct allegations against one of the organization’s top former senior executives.

“Even though the data from this survey...

Nearly one in every five employees at the Federal Emergency Management Agency say they’ve experienced harassment or discrimination on the job, according to a new survey of approximately 9,000 workers.

FEMA hired the RAND Corporation in 2018 to conduct the survey after an internal agency investigation revealed a series of sexual harassment and misconduct allegations against one of the organization’s top former senior executives.

“Even though the data from this survey is more than a year and a half behind us, these findings are alarming and simply not acceptable,” FEMA Administrator Peter Gaynor said Wednesday in a statement. “Our people spend their days helping Americans before, during and after disasters, and they deserve to work in an environment that makes them feel valued, protected and safe.”

According to the RAND survey, roughly 20% of FEMA employees said they experienced some sort of gender-based or sexual civil rights violation within the last year.

Roughly 18.4% of FEMA employees said they experienced some kind of racially-based harassment or discrimination within the last year.

When they did experience harassment or discrimination at the agency, relatively few FEMA employees reported their experiences through formal channels, RAND said.

Employees most commonly said they didn’t believe anything would be done about their complaints, or they feared they would be labeled as “troublemakers.”

Those who did report harassment or discrimination to FEMA were rarely satisfied with the results. Roughly 40%-to-42% of employees who reported sexual or racial discrimination said they were encouraged to drop the issue, according to the RAND survey.

Roughly 30-to-40% of employees who did report a complaint said the person they told took no action to address the situation. And a quarter of employees who reported complaints said they experienced retaliation for speaking up.

In addition, perceptions of FEMA’s overall work environment varied depending on race and gender.

Men overall had a more positive perception of FEMA’s work environment compared to their female colleagues.

“One might expect that women with greater organizational power would be less likely to be targeted, but instead they are more likely to be discriminated against,” the RAND report reads. “Possible explanations include that higher pay grades also have more associated workplace benefits that provide more opportunities for discrimination, achieving higher organizational power might be seen as contrary to expected gender roles, making these women more likely to be targeted or high achieving women might be better informed about discrimination and more likely to perceive negative workplace actions as due to their gender.”

Perceptions of the FEMA work environment also varied depending on employee’s race. Hispanic and white employees had more positive outlooks on the agency compared to their Black or African American colleagues, according to the RAND report.

The report notes that responses were generally positive, but African American employees were less likely than their white or Hispanic colleagues to believe their supervisors would protect someone from retaliation or made reasonable efforts to stop racially-based harassment.

The agency on Wednesday announced the initiation of a culture improvement action plan, which lists six areas that FEMA said it will focus on in the next year.

According to FEMA’s culture improvement action plan, the agency stood up an Office of Professional Responsibility last October to investigate allegations of misconduct and harassment. It added seven women investigators.

The agency also provided mandatory anti-harassment and civil rights training for employees, distributed a brochure to employees to inform them of their rights and hosted townhall sessions with FEMA leaders.

FEMA’s action plan also details the additional steps the agency will take in the next three, six, nine and 12 months.

The agency, for example, will host more town halls with employees to discuss the RAND findings. FEMA seniors will conduct virtual listening sessions with the headquarters and regional workforces.

To better inform employees of their rights and FEMA’s values, the agency said it will revise its curriculum for FEMA’s onboarding, new employee orientation and leadership development programs. It’s also planning to revise its exit interview process.

FEMA hired RAND to conduct a second survey next year to help determine whether the agency eliminated reporting barriers and improved culture over time. The agency is also beginning a barrier analysis study for women in the workplace, Jo Linda Johnson, director of FEMA’s Office of Equal Rights, said in a statement.

“Our culture is everyone’s responsibility, but as leaders, it’s on us to understand our employees’ lived experiences in the workplace and build an environment of professionalism, dignity and respect,” she added. 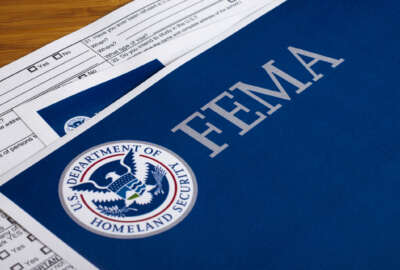 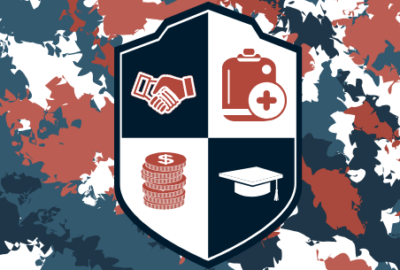