Roughly one in four employees at the Department of Veterans Affairs has experienced sexual harassment in the workplace in recent years, the Government Accountability Office said in a recent report.

Roughly one in four employees at the Department of Veterans Affairs has experienced sexual harassment in the workplace in recent years, the Government Accountability Office said in a recent report.

The numbers are likely higher, GAO said, because VA doesn’t have a centralized system to collect and track harassment complaints. Individual managers aren’t required to report instances of sexual harassment to a central VA office.

VA leaders who oversee sexual harassment complaints are also in charge of hiring and promotions, creating a potential conflict of interest at the department, GAO said.

And while VA has a broad policy and procedures for reporting sexual harassment, other components within the department have also distributed their own guidelines, which, in some cases, are outdated, missing information or confusing.

The report received a quick response from a bipartisan, bicameral group of lawmakers, which wrote to Secretary Robert Wilkie urging him to quick action to address VA’s deficient policies and procedures.

VA agreed with nearly all of GAO’s recommendations. But the department said it may take years — and as long as 2024 in some case — to implement them.

Members of the House Veterans Affairs Committee were united in their frustration with VA’s timeline.

The results are especially frustrating, members said, considering GAO pointed to similar problems at VA back in 1993.

“I’m sorry, I read you a statement from a 1993 GAO report. It took you until 1993 to come up with training materials?” Mark Takano (D-Calif.), chairman of the House Veterans Affairs Committee, said “I’m growing impatient with this.”

It won’t take four years for VA to implement all recommendations, Powers said. New sexual harassment training will be available for employees by the end of next year, she said.

Budget cuts to the general administration fund, VA said, haven’t helped in the department’s effort to properly manage and oversee who receives what kind of training.

“The deputy has charged us with ensuring that we get [our] arms around what is the right training, for the right people at the right time,” Dan Sitterly, VA’s assistant secretary for human resources and administration, security and preparedness, said. “One hour of mandatory training across 400,000 employees is 400,000 hours that they don’t get to contact our veterans.”

Beyond updating its training, policies and other information, GAO suggested VA arrange its leadership and reporting structure so that EEO program managers aren’t handling sexual harassment complaints and hiring and promotions.

The Equal Employment Opportunity Commission issued a similar recommendation to VA back in 2017. The department disagrees with the suggestion.

VA is, however, moving forward with another GAO recommendation. It suggested individual EEO program managers at individual Veterans Health Administration and Veterans Benefits Administration facilities should report to the department’s central Office of Resolution Management.

Though VA has realigned some of its EEO program managers as GAO suggested, Powers said budget constraints have hindered the department from making these moves more quickly.

“We have to realign 134 EEO program managers. That comes with a resource requirement. That comes out of our general budget, which historically, unfortunately, keeps getting cut,” Powers said. “What a lot of people don’t realize is that general budget isn’t overhead for headquarters. It’s [for] specific enterprise programs such as EEO that we really need that funding for.”

“I still think we can do better than 2024,” Rep. Chris Pappas (D-N.H.), chairman of the oversight and investigations subcommittee, said. “This committee would be happy to work with you to advocate for those additional resources, but you need to be clear with us what you need and how we can work together to cut down that time frame. People are waiting and people are experiencing harassment today.” 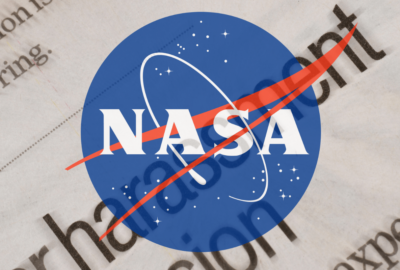 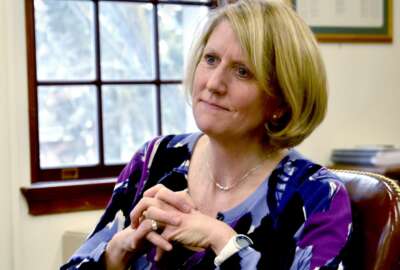