The Navy and Coast Guard spend a lot of time on the water, but few would associate the services with one of the most synonymous creatures of the sea: fish.

However, as the United States continues to view China as a global threat, fishing is becoming a hot button issue, and the Navy and Coast Guard are looking to state-of-the-art technologies to address it.

Late last year, a Chinese fishing fleet of more than 300 boats showed up off the western coast of South America. The move drew the ire of countries that claimed that area as economically exclusive.

“The local folks have no ability to monitor large fishing fleets moving through their areas, they’re certainly not going to build a navy to go do those kinds of things,” Ray Buettner, director of the Sea, Land, Air Military Research initiative at the U.S. Naval Postgraduate School, told Federal News Network. “There’s the threat of organized crime, whether it be human trafficking or drug smuggling, the coastal areas are seeing a lot of traffic. Our ability to understand what’s going on there, not just as the United States, but including the island states, is challenged by these vessels.”

In early April, the Navy and Coast Guard started a joint mission to combat illegal, unregulated and unreported fishing.

George Kirby, CEO of Ocean Power Technologies said it’s estimated that 30% of global fish catches are unreported, coming out to about $50 billion lost in global revenue. It also endangers the well-being of threatened species and environments.

While the military is giving more attention to the issue and deploying troops, it can’t be everywhere at once. Buettner said one way to better intelligence without deploying more ships to the vast expanse of the ocean is using networks.

“One option is we can physically put a maritime domain awareness solution using radar, artificial intelligence, thermal and optical cameras,” Kirby said. “We put these on top of this power generating buoy or a platform with high speed, high bandwidth communications, whether it’s through 4G, if we’re within range of an asset that has that capability, or through satellite.”

Kirby says buoys like these have persistent power sources and therefore can detect waves, dark vessels and then use that information to find patterns.

“The fact that you can put a sustainably powered buoy out into the ocean environment and use it to power and operate and increase awareness through a fleet of autonomous vehicles, subsurface as well as surface aerial is a really powerful idea,” Buettner said. 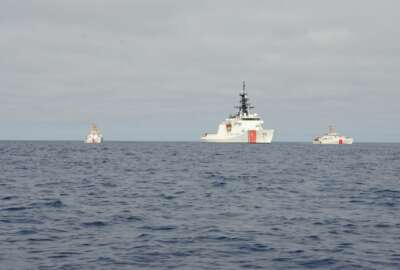 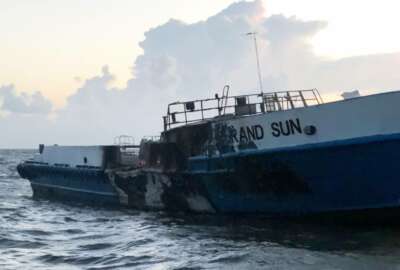