One of government’s leading officials on the Freedom of Information Act says agencies need more open channels of communication with members of the public seeking government records.

Melanie Pustay, the director of the Office of Information Policy at the Justice Department, said agency FOIA officers need to do more to break down the barriers of communication that exist between government and those filing requests for information.

“It is not up to the requester to understand...

One of government’s leading officials on the Freedom of Information Act says agencies need more open channels of communication with members of the public seeking government records.

Melanie Pustay, the director of the Office of Information Policy at the Justice Department, said agency FOIA officers need to do more to break down the barriers of communication that exist between government and those filing requests for information.

“It is not up to the requester to understand the records system of the agency. Obviously that is what the job of the agency official is — is to know what records we have, to be able to relay that to the requester, and then kind of together work on a plan for managing a request, particularly a really big request,” Pustay said Friday at Columbia University’s School of Journalism.

FOIA, which became law 50 years ago, came under fire in March when a panel of government transparency officials described the obstacles that requesters experience when communicating with agency FOIA officers.

One recurring frustration OIP has heard from the requester community is that agencies won’t correspond with them via email, even if they request it.

OIP has held a number of roundtables, town halls and brainstorming sessions to hear from journalists and public advocacy groups about improving transparency in government, but Pustay said agencies should be taking initiative as well.

“It’s not enough for requesters to be able to come talk with me at DoJ, I want every group of requesters who typically makes requests to a certain agency to have the opportunity to talk with those agency FOIA professionals,” she said.

“Behind the scenes, when you make FOIA requests, there’s a whole world back here. … FOIA professionals who take your requests, have to interpret what you’re asking for, and hopefully, if they’re reaching out to you, talking to you about what your request is. But then they have to go on a massive search for records,” she said.

“People sometimes will think, ‘I made a request on this topic. Surely the agency just goes and types it into a database and out pop the records,” Pustay said. “That is not true. So searching for records can be a huge undertaking within the agency.”

In the 50 years since FOIA was first implemented, the federal government has seen an explosion of records that has gotten more difficult to navigate. Pustay said requests for emails, for example, create challenge for FOIA officials.

“We now have many, many emails, and we all know how email chains get passed on from one person to the next, and built onto the next. Just imagine when those are caught as part of a FOIA request, just the burden of going through all that, the scope of what needs to be done,” she said.

New deduplication software, however, has created huge efficiencies in the records search process. Pustay demonstrated one example where deduplication reduced a field of 4 million records down to 3 million, and was then refined to less than 4,000 after further filtering.

“This process took literally four hours, versus what would have been weeks of manual [work]. So it was easy to make the case for the improved efficiency, but this has just definitely been an area where I think we’ll see continued improvements to FOIA if we can use technology more efficiently,” Pustay said.

The federal government has a FOIA backlog of at least 102,828 requests from fiscal 2015 — a 35 percent reduction from the previous year.

FOIA has outlined ways for agencies to distinguish between simple and complex requests, and Pustay said agencies need to get better at setting up separate “tracks” to process requests based on their complexity.

“One thing that I thought was important in our dialogue about the Freedom of Information Act is not to think about all requests as sort of just fungible, because certainly a request for a report or a discrete universe of documents is very different from a request where somebody says ‘I want 10 years worth of documents on everything connected with some huge topic like Hurricane Katrina.’ Those two requests aren’t remotely similar, and we shouldn’t think that they are remotely going to be answered in the same amount of time,” she said.

“We can offer requesters a real alternative, so that when a request comes in, and it is really broad, we as agencies can say to the requester, ‘If you can narrow this down to something that’s more reasonably sized, we can put you in the simple track,'” Pustay said. 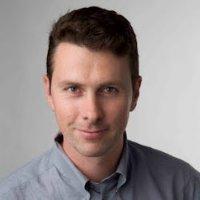