Some final advice before this year’s Open Season runs out

Just a few days remain before Open Season closes. If you don’t act, you may be missing out on a chance to improve your health care coverage for 2023. Or you might get the same thing for less money. To get some last-minute advice, the Federal Drive with Tom Temin spoke with the director of marketing for the...

Just a few days remain before Open Season closes. If you don’t act, you may be missing out on a chance to improve your health care coverage for 2023. Or you might get the same thing for less money. To get some last-minute advice, the Federal Drive with Tom Temin spoke with the director of marketing for the Consumer’s Checkbook, Kevin Moss.

Tom Temin: All right. So what should people I mean, there’s a weekend left basically to do this. It’s open season closes Monday, but you can still act, correct?

Kevin Moss: Oh, yeah, you can still act. So you have less than a week. But now’s the time for you really to do your final homework. And if you don’t know the big story this year is you’re getting a lump of coal in 2023 in your stocking with the highest FEHB premium increase on the enrollees share. It’s the highest in the last 10 years of 8.7%. So this is a big premium increase that’s going to impact almost all federal employees and retirees. However, it’s not uniform. In fact, they’re actually 56 plans next year where the premiums going down, nine plants were the premium’s staying the same. And then 119 plans where the premium is going up, but below that 8.7% average. And then 78 plans where it’s above that average, and this can lead depending upon where the premium was in 2022. This could lead to massive premium increase in 2023. For example, there’s a plan in Illinois who’s raising its premium 34%. And given where that premium was in 2022, it’s gonna cost a self only enrollee $6,500 more next year in for sure expense on premium. So unless you’re in one of those nine plans, where the premium’s not going up, your premium’s probably going up. And even if you don’t think that you want to switch your health plan this year, your premium has changed. And I think most people don’t want to be surprised in 2023. So you have to check to see how your premium is changing. And there’s one other thing about premium that your listeners really need to know is that if you are a two person family, this could either be a married couple, or it could be a parent and child. Most of the time self plus one is less expensive. But next year, there are 86 plans where Self and Family is the least expensive enrollment option. And this can add up to quite a few dollars if you enroll the right way or the wrong way. Kaiser High in the D.C. area. It’s a $1,500 difference based on enrolling self plus one or self and family. So that’s something that you definitely need to take a look at to see which of those enrollment options is least expensive.

Tom Temin: Besides the premium, of course, then you also have to check to see what you’re buying with that premium because couldn’t they also potentially raise the premium and lower the benefits?

Kevin Moss: Oh, yeah, this happens every year. And so this is part of you know what we tell you, even if you think you want to keep your health plan, although we think there’s many reasons why you should look for a new health plan this year, although most federal employees and retirees don’t I think only about two and a half percent any given year will change their health plan many more should. But yes, the benefits can change every year in your health plan. And the reason why you decided to enroll in plan may be one of those key benefits where perhaps they took away chiropractor visits instead of going to 10 chiropractor visits, maybe it’s eight now, maybe it’s gonna cost you double to go see the doctor. Maybe this happens, too, there’s a new benefit that was never available in a plan before that’s now available. For example, Aetna plans this year have acupuncture coverage, they used to have a very narrow acupuncture benefit just for particular anesthesia services. But now, in 2023, all Aetna plans will have acupuncture. So you may find that there’s even new benefits that you didn’t know about. The best place to go to look to see how your plan has changed is the official FEHB plan brochure. It’s laid out in a very organized way, you want to find section 2 where it says this is how your plan will change for 2023. The plan will list any meaningful benefit changes in that section.

Tom Temin: Got it. I guess if you now have acupuncture, you could say they’re sticking it to you in a good way. We’re speaking with Kevin Moss, he’s editor of the Checkbook Guide to Health Plans for Federal Employees, and any special considerations for those approaching retirement or maybe newly retired?

Kevin Moss: So the big question really is leading up to retirement starting to think about Medicare coordination if you are retired, and now if you’ve turned 65 The big question is whether to take Medicare Part B. And one bit of good news for retirees next year is that the Part B premium is going down in 2023 Yeah, only about five bucks. But hey, every little bit helps. But that’s on the back of last year’s record Part B increase. So, Part B premium and the amount of premium you pay is based upon your adjusted gross income, those levels have gone up; IRS have raised those levels. It’s now $97,000, and above that’s for an individual the qualification of having to pay higher means tested Medicare Part B premiums. So this is a question that you have to make when you turn 65. Because if you don’t decide to take Part B, and you wait, then you have to pay a 10% penalty if you decide further along in your life to take Part B. And one of the big innovations that has happened in the FEHB system over the last two or three years is that many FEHB plans have started FEHB Medicare Advantage plans were Medicare Advantage as Part C, they have added this Medicare Advantage plan to their FEHB plan. And there are dramatic cost savings for retirees in these plans. Because they either rebate or reduce most of the Part B premium. In the case of Aetna with Aetna Advantage, it’s $100 a month. With United Choice plans, it’s $150 a month almost the entire Part B premium. And especially with Aetna and United Healthcare Choice plans $0 out of pocket for approved health care services if you go to a Medicare provider, and you only are left with paying out of pocket for prescription drugs. And so that is one of the categories where you really have to focus in to see how these Medicare Advantage plans will handle your prescription drugs. But there’s tremendous savings 1000s of dollars compared to popular Blue Cross plans, for example, to one of these Aetna Advantage plans.

Tom Temin: Just a quick question for you. You said that the Part B and Part C are basically one package, it includes the rebate for what would have been Part B separately.

Tom Temin: So you basically need A, B and C to be completely covered, though.

Tom Temin: So just sign on the X I guess to get A, B, C and D. My question is the reason these are seem to be economical for federal retirees is that because the federal retiree pool of patients is lower risk than the general population?

Kevin Moss: Yeah, I don’t know about that, you know, Medicare Advantage plans are becoming increasingly popular even outside of the FEHB programs. But I can’t speak to the risk pool of federal retirees compared to the general American population.

Tom Temin: All right. Is all the information people need in the Checkbook Guide or I mean, it’s opm.gov, too.

Kevin Moss: Yeah, so we’ve got the guide to health plans for federal employees. If you’re an active federal employee, there’s about 60 federal agencies that provide free access to our website, just go to guidetohealthplans.org See if your agency provides free access. If not, you can go to guidetohealthplans.org. And you can sign up for access. It’s pretty inexpensive and all Federal News Network listeners can save 20% by entering promo code fed news at checkout. And so I think the takeaway after that is about $11. And we regularly show people how to save 1000s of dollars of switching their health plan to a lower cost plan that’s available to them. 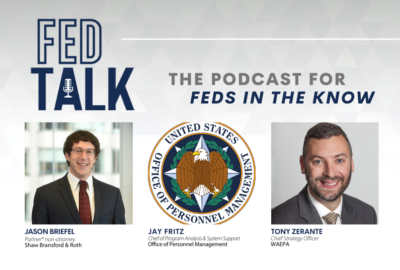 Open Season with the Insiders 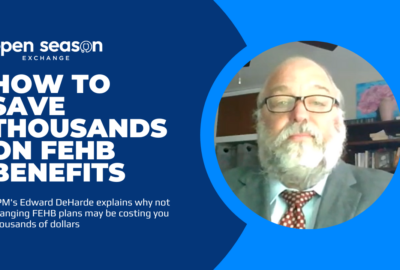 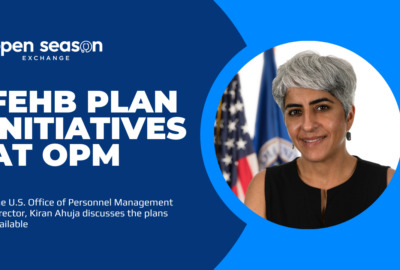