It’s aggravating when a lapse in funding sends employees home without pay. But it’s even worse when they still have to work — because they are considered excepted, often referred to as excepted or essential — and their pay is delayed. Federal lawyers and other employees said more-encompassing legislation is the answer.

The continuing resolution passed by Congress and signed by President Donald Trump on Monday may keep the government open until Feb. 8, but those...

It’s aggravating when a lapse in funding sends employees home without pay. But it’s even worse when they still have to work — because they are considered excepted, often referred to as excepted or essential — and their pay is delayed. Federal lawyers and other employees said more-encompassing legislation is the answer.

The continuing resolution passed by Congress and signed by President Donald Trump on Monday may keep the government open until Feb. 8, but those who went without work question how and when they will get paid.  And so too do the excepted employees who were still required to work during the weekend shutdown.

The CR addressed the concerns of furloughed federal employees, and what would happen if  budget appropriations negotiations were to continue past the February deadline, but not necessarily the pay for those who still worked. This shined light once again on a lawsuit filed in 2013 by Heidi Burakiewicz, a lawyer with Kalijarvi, Chuzi, Newman & Fitch, after the last shutdown. The suit was not settled until February 2017.

“The judge ruled that the government violated the Fair Labor Standards Act [of 1938] during the last shutdown when employees who were deemed essential and required to work did not get paid on their regularly scheduled pay day for the work they performed during the shutdown,” Burakiewicz said on Federal Drive with Tom Temin. “And that the government did not act in good faith and was liable for liquidated damages.”

About 25,000 employees also joined the suit, but Burakiewicz said that was just a fraction of the employees deemed excepted that worked during the last shutdown. Yet, it remains the class-action lawsuit with the largest number of federal employees invested.

As an example, Burakiewicz said if an excepted employee worked overtime during the shutdown and was not paid on time, they would be entitled to an equal amount of overtime pay from damages.

She said five years have gone by now and the liquidated damages still have yet to be fully calculated from the last shutdown. The 2013 shutdown lasted about 16 days.

The Justice Department is currently working on gathering the pay records of those excepted employees on a person-by-person basis, and this could be the reason why it is taking so long. She said the agency is working very closely with those involved in the lawsuit.

While the latest shutdown lasted only a few days, many excepted employees still worked over the weekend such as those at federal prisons, border control, law enforcement and firefighters.

Burakiewicz said improvements could be made just by simply passing legislation to protect these workers during budget negotiations.

“The people who keep us safe … and risk their lives at often dangerous jobs. They should be guaranteed paid on time,” she said. “This is another side effect that I certainly wish the powers that be would consider the fact that they’re violating the FLSA [and] they’re putting these federal workers in harm’s way and that afterwards there is a lengthy process to  go back and calculate the damages  owed to these employees.”

Many of those prison and other excepted employees are considered probationary, or employees working to get their financial situations straightened.  Of course, prisons cannot go without staff during a shutdown. So while already living paycheck to paycheck, the employees that have spoken with Burakiewicz since the last shutdown said they struggled even further.

Congress was able to pass the Pay Our Military Act in 2014 after the last shutdown, protecting the pay of our  military. Burakiewicz said this is one example of a law that could be expanded.

“There’s no reason that the government can’t pass similar legislation to also protect those essential employees who are so important that we’re making them go to work even when the government shut down,” she said. “I wish people would stop and think about the effect that this is having on hardworking people.”

She said it is likely that if the problem isn’t addressed, a new suit could spring up.

Will DoD employees get a full paycheck after the shutdown? 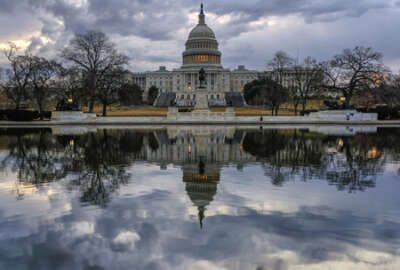 Shutdown: It ain’t over when it’s over