President Donald Trump signed yet another short-term continuing resolution Monday evening, just hours after the measure won approval from the House and Senate, ending a government shutdown on its third day and granting back pay to furloughed feds.

The continuing resolution contains language that provides back pay to federal employees who were furloughed beginning early Saturday morning and to those whose jobs were deemed exempt from the furlough.

The federal civilian workforce should expect to be paid on-time on their next pay date for work performed before or during the shutdown.

“Feds who worked Monday (or Saturday or Sunday) should be paid on their next pay date. Congress doesn’t need to pass [additional] legislation to make this happen. It’s already law,” Jessica Klement, the legislative director for the  National Active and Retired Federal Employees Association, wrote in an email to Federal News Radio on Monday.

Reps. Don Beyer (D-Va.) and Rob Wittman (R-Va.) had previously introduced a bill that would provide retroactive pay for furloughed federal workers. In a statement, Beyer praised the passage of the continuing resolution, which mirrored the language of his bill.

“It is deeply disappointing that Congress was unable to prevent a government shutdown, but the passage of our bill’s language should at least minimize the damage to rank-and-file civil servants,” Beyer said. “I thank my colleague Rep. Wittman for standing up for the federal workforce again, and hope that this will be the last time that this bill is necessary.”

Tony Reardon, president of the National Treasury Employees Union, lauded the effort by lawmakers to provide back pay to furloughed employees.

“We commend Congress for protecting the post-shutdown paychecks of the nation’s civil service, which had been threatened by the lapse in appropriations,” Reardon said in a statement. “By adding a provision to the 17-day continuing resolution just approved by the Senate, federal employees will not have to suffer financially for the three-day shutdown. All federal employees, whether they were furloughed or excepted, are counting on a full paycheck, on time, in order to pay their bills.”

As for work performed before the shutdown, the American Federation of Government Employees said federal employees shouldn’t have any trouble receiving their paychecks in time for their next pay period.

“Assuming the shutdown ends today, it doesn’t seem likely that there should be any impact on employees getting paid on time,” AFGE spokesman Tim Kauffman said in an email to Federal News Radio. “Most federal employees are paid bi-weekly, and the last pay period closed on Friday Jan. 19, so it shouldn’t cause any disruption in getting their pay on time.”

“They confirmed that they would get paid on time this Friday, but anything beyond that would be questionable,” O’Grady told Federal News Radio on Monday.

The Interior Business Center, did not immediately respond to questions about the timeliness of federal pay on Monday. The Department of Agriculture’s National Finance Center and the General Services Administration’s Payroll Services Branch, which also provide financial shared services across government, also did not respond to federal pay questions on Monday. 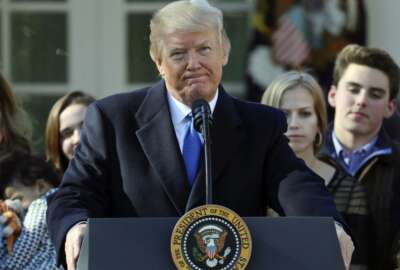 Will DoD employees get a full paycheck after the shutdown?

Shutdown: It ain’t over when its over