The Senate passed the CR with an 81-18 vote, and the House it approved the measure with a 266-150 vote shortly after.

The new CR will reopen the government through Feb. 8, giving lawmakers time to negotiate on immigration and border security issues, including the Deferred Action for Childhood Arrivals (DACA) program.

The continuing resolution also includes a measure granting back to federal employees furloughed during the most recent three-day shutdown — and would apply during any future lapses in appropriations that may occur in fiscal 2018. The Senate quickly included the provision as a correcting resolution that the chamber agreed to under unanimous consent.

“Funding the government by continuing resolution is not a responsible way to govern,” House Minority Whip Steny Hoyer (D-Md.) said from the House floor Monday evening. “While I am glad that our hardworking federal civilian workforce will no longer feel the strain of the Trump shutdown and will receive back pay, this continuing resolution only kicks the can down the road for a few more weeks.”

The Senate vote came after lawmakers continued negotiations over the weekend, and Senate Majority Leader Mitch McConnell (R-Ky.) on Sunday night asked for debate on a 10 a.m. cloture vote to begin Monday.

“Here’s the question for all of us: What good does it do to open up the government a lot, but does it lead us to a solution? My goal is to create a process that gets us to ‘yes’ on a bunch of issues,” Sen. Lindsay Graham told reporters Monday morning before the chamber’s vote. “Opening up the government is not winning. Losing is keeping the government open. What’s winning is finding a solution on DACA, on military spending, on disaster [aid], on your [cost-sharing-reduction payments] CSRs. Why I’m hopeful is that I think we’re close to opening up the government, but we’re also close to getting deals.”

Trump met with members of his cabinet during the weekend to manage the impacts of the government shutdown, White House Press Secretary Sarah Huckabee Sanders told reporters Monday afternoon.

“It’s been a big priority for the president,” she said. “I think that it certainly went much smoother than in the past.”

Meanwhile, Congress still has more work to do. Lawmakers must still resolve their differences on a budget for fiscal 2018. The new CR is the fourth continuing resolution of fiscal 2018. Beyond a comprehensive solution on immigration and border security, Democrats are also looking for parity between defense and non-defense spending for the year, likely with boosts to the Budget Control Act caps.

“I’m pleased to see that we’re on a oath to end this shutdown to get government back up and [on] a path forward,” Cardin said from the Senate floor after the cloture vote. “I also am pleased that we’ve at least accelerated by two weeks the deadline for getting a budget done. Many of us have expressed major concern about continuing to operate under a continuing resolution. That makes no sense. … We know that agencies, when they’re trying to plan their mission, cannot operate on continuing resolutions.”

“A government shutdown, however brief, is a stressful and chaotic time for federal employees, and they are relieved that their agencies appear to be nearing the ability to reopen with normal operations,” NTEU National President Tony Reardon said in a statement. “We urge Congress and the administration to use the next 17 days to provide relief from sequestration and adequate agency funding for the remainder of the fiscal year and end the shutdown threat once and for all.”

Regardless of the weekend’s outcome, agencies had told employees to report for work Monday morning to begin the process of an “orderly shutdown.” “Non-excepted” employees had planned to close out current work, receive furlough notices and go home after four hours.

Some agencies, including the Energy Department, Veterans Health Administration and Environmental Protection Agency, had told all employees to show up for work Monday morning.

Though many federal employees lost just half- day of work, the workforce felt the impacts of the three-day shutdown, government employee unions said.

“Even though the shutdown lasted just three days, it was long enough to cause a massive disruption to our government operations and widespread confusion for federal workers, federal agencies and the public,” J. David Cox, president of the American Federation of Government Employees, said in statement Monday night. 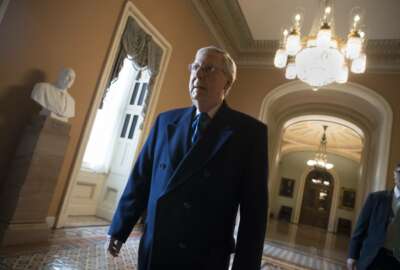 Government shutdown to remain on Monday, but Senate moves closer to short-term CR 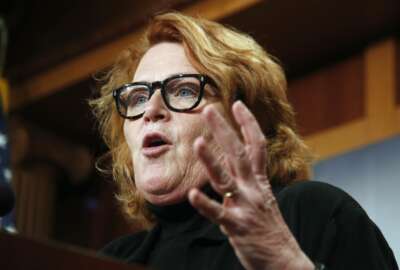 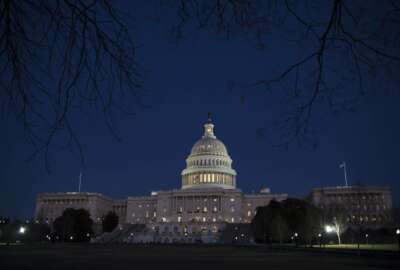