Ken Allen, the executive director of the industry association ACT-IAC, is stepping down after 14 years.

Allen told the American Council for Technology and Industry Advisory Association leadership earlier this week about his plans to move on come March.

“In March 2019 I’ll be celebrating my 14th anniversary with ACT-IAC. That seems like a good time to explore new opportunities,” Allen wrote in an email he provided to Federal News Radio. “To be clear, I’m not retiring — I’m getting back into the game.  I have no idea what I’ll do next but I plan to stay engaged in our community and continue to support ACT-IAC.  And I know ACT-IAC will continue to grow in value under new leadership.”

Richard Spires, the chairman of the IAC executive committee, praised Allen’s leadership over the last 14 years.

“It was not a surprise decision. We have been in discussions for a while,” Spires said. “We are working together to come up with the timing that made sense. We gave ourselves plenty of time to find a replacement.”

Spires said ACT-IAC will set up a search committee and begin the effort in earnest after the Executive Leadership Conference in October. The goal is to have a new executive director in place by March 2019.

“I am passionate about ACT-IAC and the unique role it plays in our community. Accepting the position of executive director in March 2005 was a great honor and I am proud of all that we have accomplished,” Allen said.

He described the position’s primary responsibilities as managing the organization and protecting the collaborative process that is at the heart of everything activity.  This involves ensuring that the ACT-IAC “table” has a seat for everyone, that people are treated respectfully and that outcomes are consensus-based.

“I’ve come to realize how much I miss not having my own seat at the table,” Allen said. “In every position I held prior to ACT-IAC, I was actively involved in the process to address issues, find solutions and develop innovative strategies. I’d like to return to that level of substantive engagement.”

Through good times and bad

Before coming to ACT-IAC, Allen was the executive director of the Partnership for Public Warning, a public-private partnership dedicated to improving America’s public warning systems. He also was president and CEO of the National Newspaper Association, and president of the Information Industry Association. Prior to his work in the nonprofit community, Allen spent more than nine years with the Office of Management and Budget.

Allen led ACT-IAC through both the best of times and the worst of times.

He came in during the e-government and technology boom of the mid-2000s, helped the organization stay strong during the recession of 2007 to 2009, dealt with federal budget cuts in 2013 and 2014 because of sequestration, and now is experiencing the IT modernization and cybersecurity surge.

“Ken took us through the worst recession in decades and we came out of that a vibrant and growing organization,” said Spires, who is the CEO of Learning Tree. “We are an organization serving the government well and I give Ken a lot of credit for the leadership he has demonstrated over the years.”

Allen led ACT-IAC to introduce continuing education events, reinvigorated the communities of interest, ensured small businesses were a key part of the conversation and, most recently, revamped ELC, now called Reimagine Nation, which is happening in Philadelphia, Pennsylvania in October.

Spires said the next executive director should have several traits, including the ability to bring value right away in the sense that they know the federal IT and acquisition community already

“The person doesn’t have to come out of government, but they should have worked in and around these issues. That, to us, is very important,” he said. “We also want someone that has showed they are an excellent executive in running an organization as well as an excellent communicator and leader. We want someone who is truly passionate about improving government through the use of technology.”

Spires said it’s healthy for an organization to change leadership, especially after 14 years. He said the new person will bring different perspectives, make ACT-IAC more valuable to the government and build on Allen’s accomplishments. 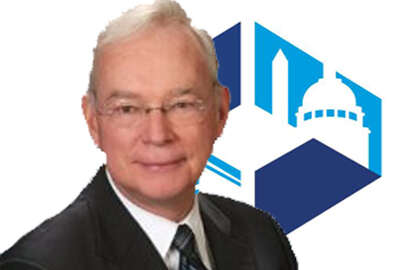 An in-depth look at ACT-IAC 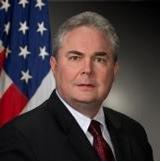 Mike Howell: You can help with the next government cyber solution 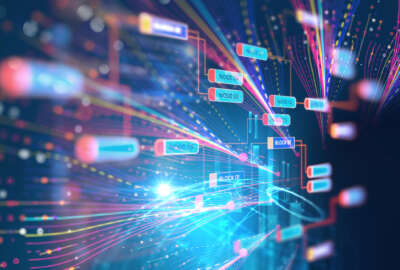 Can a new model for cyber come from an existing consumer protection effort?