Trump to nominate US Treasurer to replace McMahon as SBA head

Trump, in his announcement Thursday night on Twitter, praised McMahon for having “done an outstanding job,” and said he will “look forward” to having Carranza join his Cabinet.

Carranza served as SBA’s deputy administrator for more than three years under the George W. Bush administration. Prior to serving in government, she spent more than 20 years working for UPS and served as president of the company’s Latin America and Caribbean operations.

In her role as treasurer, Carranza has overseen the Office of Consumer Policy and advised Treasury Secretary Steve Mnuchin on U.S. Mint operations, including Fort Knox.

I am pleased to announce that Jovita Carranza will be nominated as the new @SBAgov Administrator. She will be replacing Linda McMahon, who has done an outstanding job. Jovita was a great Treasurer of the United States – and I look forward to her joining my Cabinet!

Mnuchin, in a statement Friday, said Carranza was ” exceptionally qualified,” to lead SBA, and played a major role in passing the Tax Cuts and Jobs Act.

“Her recent role as U.S. Treasurer and her previous experience as deputy administrator of the agency will be paramount as she works to continue a pro-growth agenda for America’s small businesses,” Chabot said in a statement Friday.

McMahon told members of the Senate Committee on Small Business and Entrepreneurship in February she wanted to “exceed” the 5 percent prime contracting goal for women-owned small businesses.

Since 2013, SBA and its private-sector partners have given more than 14,000 women entrepreneurs a crash-course in government contracting through their ChallengeHER program. 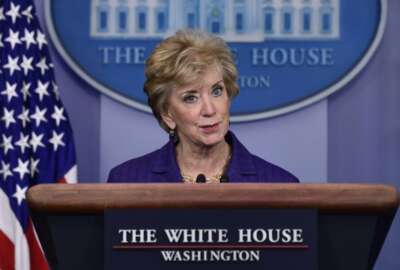 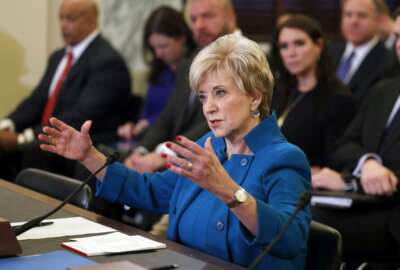 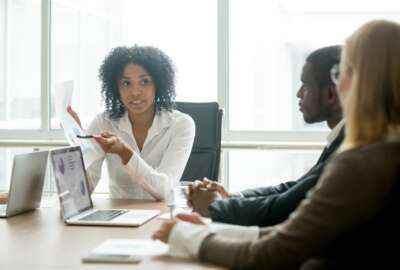