GSA’s Thomas to leave as head of acquisition service

Alan Thomas, the commissioner of the Federal Acquisition Service at the General Services Administration, has resigned.

“After more than two years of dedicated service leading the Federal Acquisition Service, Commissioner Alan Thomas is departing GSA to pursue a new opportunity in the private sector,” wrote GSA Administration Emily Murphy in an email to staff, which Federal News Network obtained. “I am very grateful to Alan for his...

Alan Thomas, the commissioner of the Federal Acquisition Service at the General Services Administration, has resigned.

“After more than two years of dedicated service leading the Federal Acquisition Service, Commissioner Alan Thomas is departing GSA to pursue a new opportunity in the private sector,” wrote GSA Administration Emily Murphy in an email to staff, which Federal News Network obtained. “I am very grateful to Alan for his commitment to our mission and the accomplishments achieved by the FAS team during his time here. “

Thomas became FAS commissioner in June 2017 and immediately went to work on improving FAS around people, processes and technology.

In his email to staff, which Federal News Network obtained, Thomas highlighted his accomplishments.

“Together, we did big things. We hit important milestones in our efforts to modernize and simplify the federal buying and selling experience under the Federal Marketplace Strategy. We released a single solicitation for the Schedules program and will issue an RFP for commercial e-commerce portals in quarter one fiscal 2020,” Thomas wrote. “Our internal efforts to address long standing business process and data challenges are also on-track. We have a blueprint to better manage our catalog of offerings and will release an RFP for contract writing capabilities in quarter one of 2020. We surpassed our five-year historical average for small business spend, including every socioeconomic category, with 37% of FAS’s more than $2 billion in direct spend going to America’s job creators. Lastly, we are back in the business of providing national training events to benefit our customers and industry partners with the FAST 2020 Conference planned for this coming April in Atlanta.”

Roger Waldron, the president of the Coalition for Government Procurement, said Thomas’ lasting impact will be around the people.

“Alan’s tenure has been marked by establishing some fundamental building blocks for continued success of FAS. He rightly focused on systems and his leadership in regards to schedules consolidation are important accomplishments,” Waldron said. “The most important things I’d give Alan kudos for is his focus on the people, connecting with the people and ensuring good employee morale. He really effected that in a positive way. He recognized people are the most important asset and that is his long term legacy.”

“Customers like working with FAS and value our offerings. All eight measures in our annual Customer Loyalty Survey show improvement from 2017 to 2019, including key measures such as satisfaction (up from 7.4 to 7.9) and loyalty intentions (up from 7.4 to 7.6),” Thomas wrote. “The results did indeed follow. In 2017, we set a goal of breaking even as an enterprise by the end of 2020. To your credit, we beat that goal by a full year. From a $100 million loss at the close of 2017, we will end 2019 ‘in the black’ with a positive result of $70 million. Better still, the five-year forecast shows us remaining at or above breakeven every year in the future while investing in major systems modernization.”

Along with his tenure at GSA, Thomas was a key member of the Technology Modernization Fund board where he helped vet agency technology projects looking for additional money for modernization efforts.

He also was a member of the Federal Acquisition Security Council, which is working on recommendations to secure the federal supply chain.

But what Thomas will be most remembered for is his work to modernize FAS.

The fact that Thomas moved FAS from a $100 million annual loss to more than $70 million in surplus—don’t say profit as that’s a dirty term in government speak—is significant.

Thomas said in his email his endgame was to create a strong foundation and leave FAS in better shape that when he arrived.

“We’ve achieved an organizational tailwind as evidenced by a full roster of the right leaders in the right roles, enduring financial strength backed by realistic forecasting and a focus on improving the tools we use to serve agency customers and engage with industry partners,” he wrote. “We did all this together, acting as an enterprise and remaining consistent with my core values of honesty, courage, graciousness and respect.  Most importantly, we had fun doing it, enjoying a few Slurpees along the way while cracking a ‘dad’ joke or two, always taking our jobs seriously but not ourselves.”

Thomas said Dunne will be introduced to FAS at an Oct. 8 town hall.

“FAS is in great shape because of your hard work and I am optimistic about the future. I’m confident that a new leader will continue this positive momentum and the important work we are doing under Emily’s leadership,” he wrote.

Dunne is well known in the acquisition community, having served as the staff director of the Government Operations Subcommittee of the House Oversight and Government Reform Committee, and as senior counsel on the Senate Homeland Security and Governmental Affairs Committee where she helped focus on technology and acquisition issues.  She joined GSA in May as a senior adviser focused on acquisition policies and legislation, and strategic guidance on the agency’s expanding technology transformation portfolio. 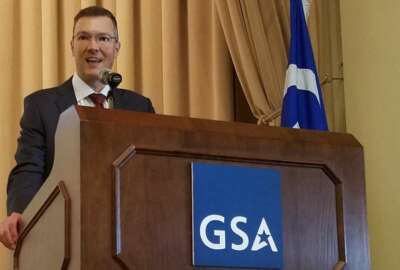 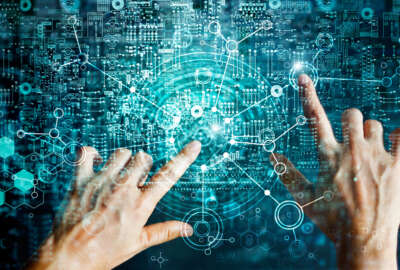