Meet the Presidential Rank Award winner, a cattle expert who sometimes gets cow pies on his boots.

Americans like their beef. One reason it’s a popular protein option is because the industry generally produces a safe product. One reason for that is the work of my next guest. He’s the associate administrator of the Agricultural Research Service, a nationally recognized expert on cattle health, and now the recent winner of a Presidential Rank Award. Dr. Steven Kappes joined the Federal Drive with Tom Temin.

Tom Temin: Dr. Kappes, good to have you on.

Steven Kappes: Good morning, and it’s a joy to be with you.

Tom Temin: First of all, give us a sense of the scope of the Agricultural Research Service. It doesn’t get as much attention as, say, the NIH, but it’s pretty big and pretty extensive. And tell us about the ARS itself a little bit and how long you’ve been there.

Steven Kappes: So the Agricultural Research Service is the internal research arm of USDA. Our sister agency, the National Institute of Food and Agriculture, provides grants to universities and other researchers. But we have within ARS more appropriated funding directly from Congress. We have about 1800 scientists and postdocs, and we have labs at over 90 locations within the US and over four different countries. We have international labs. So our research portfolio is quite broad; it covers everything around agriculture. And we’re funded at about a $1.5 billion level. And it’s been a really a joy to be part of this agency, and make a difference in people’s lives, both producers of food but then also the consumers of food.

Tom Temin: And you are receiving your award — the Presidential Rank Award — is the distinguished service, which is for a lifetime of work. And I guess one of the things that struck me in reading your recommendation is that, in addition to running administratively this enormous or at least parts of this enormous enterprise, you have also been able to do a great deal of your own research projects work, putting together international coalitions of people and money to get some important studies done. How do you balance it all?

Steven Kappes: Well, it’s just a lot of fun. So you try to keep your fingers and a lot of different things. But I started out in ARS before, I got my PhD, and I grew up in a family farm in South Dakota. And I wanted to give back to agriculture, because I know that it provided such a great opportunity for us to learn lots of things. I came from a large family. And I found research to be the area that I really wanted to have that impact. And I was fortunate then to get hired by the Agricultural Research Service. I had a master’s degree at the time, and I started managing research experiments, and then fortunately have been given opportunities to move up in the agency, became a scientist and a center director and then got into administration. So those achievements come from different stages of different positions I’ve had within the agency, and have had great teams to work with. That’s one of the things that really hits home, when you write up these accomplishments, is how many people have had an impact on you, and that you were able to work with to achieve these things. So it’s really that teamwork that we have. It’s really critical to make all this happen.

Tom Temin: And one of your seminal research projects involve the genomic mapping of cow. I guess you wanted to do what had been done in the human sequencing and apply it to cows. Tell us about that project and what the genomic sequencing of cattle can do for cattle and for the industry.

Steven Kappes: So back in the early 1990s, we were sequencing the human genome, and were working with a few people that said there may be opportunities to also do some agriculture species. And on the animal side, there was an effort to do honeybee and then poultry. Chicken was worked on, but we weren’t really in a position with larger sized animals to move forward on that. So it initially started out working with a bunch of international collaborators and university collaborators, and developing some of the early tools that we needed. And then eventually that led to NIH funding half of the project to sequence the cow genome, and subsequently other farm animal genomes. And sequencing genomes allows us to tap into the genetics of whether it’s humans for human health, or the genetics of plants and animals for food production. And we’ve made dramatic improvements in what we can do in genetic selection. You know, one of the areas that’s grown since then is selecting plants and animals — mostly animals for disease resistance. We have some of that in animal, but that’s a huge effort on the plant side. And it’s really critical to make sure that we have a safe and continuous supply of food, much like we’ve seen with the SARS-CoV-2 virus, the COVID pandemic that we’re in, those pathogens continually mutate. So we have to continue to make improvements on plants and animals genomes to make sure that we can still produce that food.

Tom Temin: We’re speaking with Dr. Steven Kappes. He is the Associate Administrator of the Agricultural Research Service, and now a recent winner of the Presidential Rank Award. So does this research — the learnings from this type of work — benefit the industry in terms of productivity, or does it benefit the public in terms of a safer supply of meat? Or is it a little bit of both of the above?

Steven Kappes: It’s as you said, it is both of the above. You know, in order for us to have adequate supply of food, those who produce it and process it have to make some money in order to do that. So we’re continually looking at making sure that it’s profitable. And we want our family farms and everyone else to be able to have a good quality of life. But the ultimate goal then is to provide a safe and abundant food supply for our consumers. And as we’ve seen a number of years ago that food security can lead to destabilization of governments and can have very adverse effects. So this is a very serious responsibility that all of us have in making sure we do have safe and abundant food supply.

Tom Temin: And switching gears from some of the research, you as administrator have been overseeing the replacement of the venerable Plum Island research center off of Maine. That’s been a big kind of thorn in the side of the government as that facility ages. What’s going on there, and what’s your role been?

Steven Kappes: So we’re within ARS, and we’re working with our sister agency, the Animal Plant Health Inspection Service from USDA, and then also the Department of Homeland Security. So USDA used to own the Plum Island facility, and that facility conducts research on foreign animal diseases. And that’s a really important function that USDA and DHS had been doing. And DHS then, when they took over the island in 2003, they had the responsibility of finding a replacement for that facility because it was so old. And fortunately, Congress has appropriated us the funds and DHS is building the facility in Manhattan, Kansas. And there was a decision in 2009 that, once that facility was constructed, we’d come back to USDA to own and operate. So APHIS and ARS are going to be working closely in there like we have for so many years. And it’s really a beautiful facility — a $1.25 billion facility — and we’re on the tail end of construction and commissioning that facility. And the capability that it adds to the US’s ability to address foreign animal diseases is huge. First, the capability to work on diseases that can move from animals to humans — zoonotic diseases We have a biosafety level four capability now, and that’s something that we were missing. And then also, we have a small pilot manufacturing facility there that’s new. And that’s going to help us move products to the commercial side of the things, and they’ll be able to produce therapeutics more efficiently because we can help them move through that scale-up process that they have to go through.

Tom Temin: And on the career side, you have done a lot of mentoring and a lot of ensuring that there is more diversity in scientific work done by ARS and generally. Tell us more about that.

Steven Kappes: That’s the nice thing about these jobs is getting exposed to, in our case, a lot of the postdocs. ARS doesn’t do any training, per se, but we do train in our labs and hire the postdocs. And then many of them become ARS scientists. Also we work closely with sharing our information with many others. We’ve got an effort on informing students. And then we work closely with a number of minority-serving institutions. And we have an 1890 faculty fellowship program. And then also I’ve had the joy of mentoring a number of really excellent people, and seeing that they’ve got the skillsets to lead agricultural research in the future. So that is really great to see those individuals be able to develop those skill sets and be a much better leader than I will be in the future. So we’re looking forward to that.

Tom Temin: And while doing all this work, do you ever get the chance to get to a farm, get to a stable, get a few little chunks of meadow muffins under your own boots?

Steven Kappes: Yes, until recently I used to go to the family farm — my brother owns and operates that farm and be able to help him with that — and yes, to me, it’s very important that, of those of us in agriculture research, we work closely with our stakeholders. And if you are out there working with them and learning about what their real issues are, we won’t be able to do a very good job of addressing their needs. So that relationship is extremely important for us.

Tom Temin: And knowing everything you do about cattle, the raising of it and the maintenance of the health of it, do you still eat steak?

Steven Kappes: Oh, definitely. And you know, the nice thing about this job, I used to be over at the animal program within ARS, but in moving up to this level, I get to see it all: crop production, natural resources, climate change, human nutrition, food safety. We’ve got a really strong program in building and developing new products out of agricultural products. It’s just amazing to see the things that our scientists accomplish every year.

Tom Temin: Dr. Steven Kappes is the Associate Administrator of the Agricultural Research Service, and the recent winner of the Presidential Rank Award. Thanks so much for joining me.

Steven Kappes: You are certainly welcome and have a great day. And I’m honored to receive this recognition.

Tom Temin: And honored to speak with you. 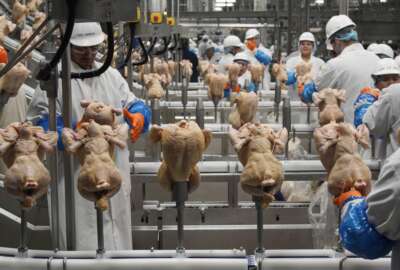 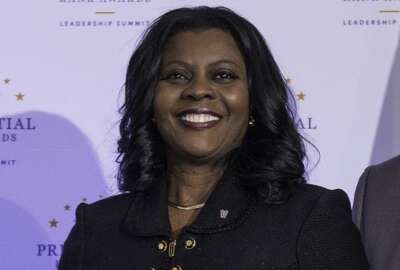 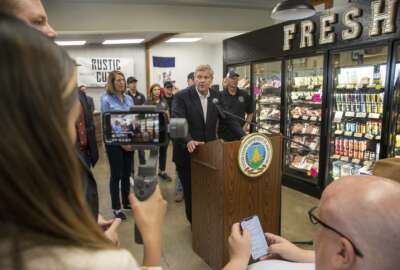