The United States is helping Ukraine militarily, but only indirectly. When it comes to health care for the besieged Ukrainians, the aid and cooperation are more direct. Much of the work falls to the Health and Human Services Department. Joining the Federal Drive with Tom Temin with an update, the HHS assistant secretary for global affairs, Loyce Pace.

The United States is helping Ukraine militarily, but only indirectly. When it comes to health care for the besieged Ukrainians, the aid and cooperation are more direct. Much of the work falls to the Health and Human Services Department. Joining the Federal Drive with Tom Temin with an update, the HHS assistant secretary for global affairs, Loyce Pace.

Tom Temin: Ms. Pace, good to have you with us.

Loyce Pace: It’s great being here. Tom, thanks very much for having me.

Tom Temin: And what is going on with respect to Health and Human Services in Ukraine? And who are some of the partners that you’re working with? And what are some of the components of HHS that are doing the work?

Loyce Pace: Well, first off the war in Ukraine and Russia’s aggression there is really unconscionable. One of the things that we noticed really early on was that our friends and partners in Ukraine would really have to keep track of who required and health services not only sort of acute needs, such as trauma care, and the life resulting from the war and conflict, but even tracking diseases, particularly infectious diseases, like Polio, like COVID, like tuberculosis and HIV.

Tom Temin: So you’re dealing with a country where people are being injured in great numbers because of the war. But also, it sounds like a country that is in the first place not quite up to world class standards, in terms of health care tracking, and systems delivery.

Loyce Pace: Well, they’ve been able to do a lot on their own, and with the support of our Centers for Disease Control with the support of European partners, so we have to, obviously give the government in Ukraine a lot of credit, especially for continuing that work during the war. But yes, Ukraine, for example, has some of the higher rates of HIV in Europe. And unfortunately, that means that people living with HIV might not have access to those treatments and other services that they require in the midst of a conflict.

Tom Temin: Sure. And so the conflict, I guess it might be obvious, but it has done a lot to interrupt what they had in place as a health care delivery system.

Tom Temin: And what are some of the specific activities HHS has going on in Ukraine?

Loyce Pace: Well, one of the things our Centers for Disease Control is doing is they are working with staff that continue to be on the ground, at least remaining in the region on shoring up the public health network. So CDC has been active in Ukraine, for a number of years, we have a director who was posted in Ukraine is from the region. And we also have other locally employed staff. And so they remain active, even if they’re, unfortunately displaced themselves because of what’s happening there. They continue to work with the Ministry of Health in Ukraine, and other national public health institutes or partners to ensure those disease surveillance activities are ongoing, and also assist Ukraine in preparing for the worst, whether that, again, is around traumatic injuries in care, or more broadly, around other potential events that could affect the health care of their people.

Tom Temin: And what is the staff there reporting back? I didn’t realize we had actual U.S. federal employees in harm’s way in Ukraine, on the civilian side, and what are they telling you the conditions are like?

Loyce Pace: I think it’s been tough. I mean, these people, these are people who have really, we’ve lived through a lot. And I have to give credit to particularly our government employees who serve all over the world, including at the Department of Health, they work in many different settings, whether that’s in the midst of a disease outbreak in the midst of an environmental disaster, or in this case, in conflict and war. And I think they’ve reported that while their partners and collaborative agencies and individuals are resilient, it’s still quite tough to manage it all, obviously. And I think they are, you know, keeping up their spirits and momentum as much as possible. And certainly they appreciate the relationship that they have with agencies across the U.S. government, but also with other partners like WHO (World Health Organization), UNICEF and nonprofit organizations.

Tom Temin: And is CDC, the only agency of HHS, are there other parts working there?

Loyce Pace: That’s our main boots on the ground. But our Office of Global Affairs is playing a pretty significant role as well, particularly with regards to understanding not only from the ministry, but from the WHO regional office in Europe, again, what the needs are today and what they could be tomorrow. And naturally, there are other parts of the U.S. government who are definitely playing a lead role in Ukraine, includifng our Department of State and our U.S. Agency for International Development. So it’s an all of government effort along with and guided by the leadership within the White House.

Tom Temin: We are speaking with Loyce Pace. She’s the assistant secretary for Global Affairs at the Department of Health and Human Services. And while we have you there has been an ongoing effort of HHS to ensure pandemic relief around the world through the distribution of vaccines and so forth. Maybe update us on what is going on there. I understand that some of the antiviral medicines are starting to run out, you know, supplies in the United States?

Loyce Pace: Well, certainly HHS continues to be focused on the domestic COVID response. Internationally, we are doing so as well. And alongside some of those U.S. government partners that I mentioned already, the reality is, we still need everyone to be vaccinated and boosted against this disease, we know that the vaccines work and they’re helpful, especially at this phase of the virus, which is still ongoing as a pandemic. And as a global crisis, particularly in other parts of the world. We are hovering under 70% here in the U.S., and in some cases, those percentages are low. But when you look around the world, particularly on the African continent, they still have vaccination rates in the teens and 20s. And so it’s much lower than what we see here, significantly lower than what’s been achieved in parts of Europe, and even in parts of Asia and Latin America. And the reality is, unless and until we can get the world vaccinated, the more we’ll be sort of flying back from or fighting against the virus as it stands today.

Tom Temin: All right. And while we have you also, then we should maybe just talk about the Secretariat for Global Affairs within HHS, give us a sense of the scope, is it a discrete office, or that function really does overall?

Loyce Pace: Well, we sit within the Office of the Secretary, it’s an office that has existed in some form for several decades, actually. But it’s taken a few different iterations. And it’s evolved over time. It’s current structure has been in place, maybe for the past 20 years. And essentially, we have two functions. We are representing the secretary and HHS divisions and offices globally, and we’re ensuring that our interests and those of the American people are reflected in those programs and services worldwide. We’re even bringing back from those international engagements, ideas or interest in how we work together with countries around the world on really important public health problems, whether that’s around cancer research, or other outbreak surveillance and prevention, or plenty of other issues in the public health space. But another important role that we play is we also try and drive the agenda globally. And so our secretary of Health is an important representative when it comes to sitting with other health ministers who are members of the G7, or the G20. He also sits around the table with health ministers or secretaries at the World Health Organization and their annual convenings. And so we at our Office of Global Affairs also work with other divisions across the department to really inform those discussions and global priorities.

Tom Temin: And you mentioned HIV, which is still maybe more prevalent in places like Ukraine. And you mentioned also USAID in the State Department. And they have programs because I think it’s understood that we have mostly licked HIV AIDS with respect to growth, Ebola, Polio, and a host of other viral types of things in the United States. And I think we sometimes forget, these are still prevalent and growing in some cases, and dangerous in other parts of the world. So sounds like you’re kind of in arms with USAID and state on a number of issues.

Loyce Pace: Yeah, to some degree. I mean, it’s really important to keep in mind how many fights are happening at once and credit to our various divisions for keeping that in mind themselves. And, frankly, you know, not always getting credit for the disasters, they prevent, in the fact that we haven’t seen it. A major resurgence of Polio is credited to our CDC. The fact that we’ve been able to stamp out Ebola outbreaks in the African region and other potential outbreaks is again credit to our colleagues here at HHS. And so oftentimes, we don’t know or don’t have the best sense of our success, but it’s certainly a matter of juggling a number of balls, knowing how important it is to focus on public health. And I’m really grateful to work in a department that understands that and is really leading the way around the world.

Tom Temin: Sometimes it’s hard to prove a negative. Loyce Pace is the assistant secretary for Global Affairs at the Department of Health and Human Services. Thanks so much for joining me.

Loyce Pace: Thanks very much, Tom. I appreciate it.

All About Data Read more 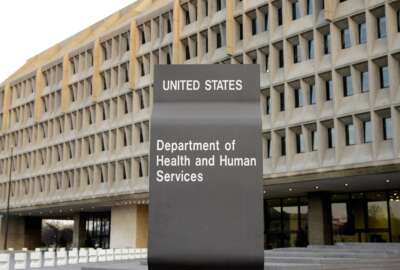 GAO: HHS needs to find ways to shield its scientists from political strong-arming

Mom of U.S. veteran held in Ukraine speaks to son by phone