Lawmakers from rural and western states have questions for the departments of Energy and the Interior, specifically about their reorganization proposals under the White House’s governmentwide plan.

Recommendations to shrink the number of research and development offices, redraw Interior regions, privatize certain electricity infrastructure, reduce Interior’s environmental clean-up programs and add in some Army Corps of Engineers programs from DoD are all on the table. In addition, Interior Secretary Ryan Zinke said earlier this year...

Lawmakers from rural and western states have questions for the departments of Energy and the Interior, specifically about their reorganization proposals under the White House’s governmentwide plan.

Recommendations to shrink the number of research and development offices, redraw Interior regions, privatize certain electricity infrastructure, reduce Interior’s environmental clean-up programs and add in some Army Corps of Engineers programs from DoD are all on the table. In addition, Interior Secretary Ryan Zinke said earlier this year that he intends to relocate the Bureau of Land Management from the Washington, D.C. area to the western U.S., although an exact location has not been selected.

Members of the Senate Committee on Energy & Natural Resources on Thursday asked the agencies about their plans Thursday and shared some concerns. It was one day after the Senate Homeland Security and Governmental Affairs Committee offered its own skepticism to the Office of Management and Budget about the data behind the plan’s recommendations.

With the consolidation of DoE’s applied energy programs into a single Office of Energy Innovation, including the Advanced Research Projects Agency-Energy (ARPA-E) that promotes and funds research and development, Chairwoman Lisa Murkowski (R-Ala.) expressed her support for the program.

Bernard McNamee, executive director of DoE’s Office of Policy, said the agency believes combining R&D for fossil fuels and renewable energy, as well as the operations currently done in ARPA-E, can be more efficient and effective if combined under one roof rather than siloed.

“For the record, I wish you will supply an analysis of what the savings will be from these various changes so we can decide if they make sense or if they’re going to result in some positive result,” King said. “The whole idea is that the private sector won’t do this kind of deep research, basic research that will provide the insights and the breakthroughs that will make so much difference to us.”

Under the reorganization plan, the Office of Cybersecurity, Energy Security and Emergency Response would remain but DoE would also stand up a new Office of Energy Resources and Economic Strategy, according to the plans from the Office of Management and Budget released last month.

The president’s fiscal 2019 budget proposal for DoE is $30.6 billion, or about 9 percent more than was requested in 2018. Within that request is an additional $200 million for the Fossil Energy Research and Development account in the name of “clean coal” research and development, and another $120 million would go toward the energy efficiency and renewable energy R&D.

“This is a nonstarter,” Cantwell said. “We have stopped every administration from doing this but never have we had somebody come propose, by the agencies, acting as if they agree with OMB.”

McNamee said the move was proposed because the vast majority of the U.S.’ electricity infrastructure is owned and operated by for-profit investor owned utilities, which have appropriate market and regulatory incentives.

“Eliminating or reducing the federal government’s role in owning and operating transmission assets and increasing the private sector’s role would encourage a more efficient allocation of economic resources and mitigate unnecessary risk to taxpayers,” he said.

On the subject of altering Interior’s regional boundaries and offices as a result, Cantwell said this relocation could mean the layoffs of thousands of career feds and lead to bureaucratic mismanagement.

Susan Combs, senior adviser at Interior, said no location for moving BLM has been picked but that staff expected to look at it within the next six to eight months.

King also questioned moving the National Marine Fisheries Service from the National Oceanic and Atmospheric Administration within the Department of Commerce to Interior.

“I’m interested in the idea of bringing NMFS into U.S. Fish and Wildlife Service … but I would like some greater detail,” he asked Combs. “What does the Department of Commerce think about it? What do the people that have spent their lives working in this area think about this proposed change?” 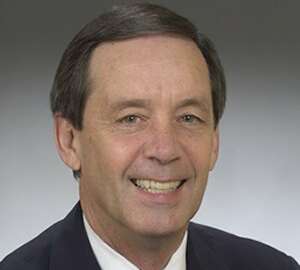 Where do goals, output measures figure into reorganization plan? 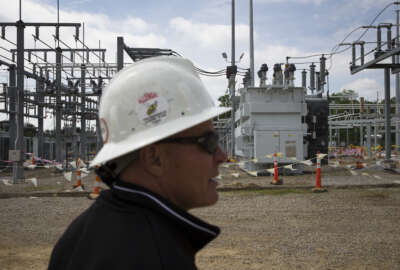