The federal financial management community quietly saw one of the most well-respected civilian experts move to the not-for-profit sector. Karen Lee, who spent the last seven years in the Office of Management and Budget’s Office of Federal Financial Management, joined the Universal Service Administrative Company as a vice president for rural healthcare.

Lee said in an email to Federal News Radio that in her new role, she will “be focused on providing that connectivity to rural health care providers (hospitals, doctors, clinics).”

Lee joined OMB in May 2010 as senior policy analyst and became chief of the Office of Federal Financial Management in 2012.

During her tenure at OMB, she worked on a host of priorities, including grants management policies, the implementation of the Digital Accountability and Transparency Act (DATA Act) and other open government efforts around federal spending, and federal real property management.

“The opportunity is to speak to the mission and how we can continue to improve it,” she said. “One of the second openings is how to frame up our opportunities to make even more of an impact, where we have both near-term wins as well as longer-term institutionalized changes that last.”

Lee’s long-term impact will be seen this May as agencies have to meet the first governmentwide DATA Act deadline as well as how agencies continue to dispose of federal real property.

Along with Lee, another long-time federal employee in the intelligence community has announced he plans to retire.

Kennedy has been in the Information Sharing Environment since 2011, where he has led several efforts around standards coordination, federal identity and access management, cross-domain cybersecurity information sharing and Project Interoperability.

Kennedy served 19 years in the Navy as an intelligence officer and continued to serve as a civilian, where he was the deputy contracting officer technical representative for the Major Shared Resource Center at the Naval Oceanographic Office and as the head of the Department of Defense Intelligence Information Systems (DoDIIS), System Integration Management Office for the command.

While Lee and Kennedy are leaving federal service, Jack St. John joined the General Services Administration as its new chief of staff.

St. John comes to GSA after spending time as a senior adviser in the White House under President Donald Trump.

“Since the inauguration, Jack and the entire political team have expressed to me how impressed they are by the quality of our work, and dedication to service that they see in every employee they meet,” Horne wrote.

Horne said St. John was a lawyer in Alabama before joining the administration, where he focused on litigation and transactional matters. He is a graduate of the University of Virginia and the University of Alabama School of Law and graduate school of business.

The GSA chief of staff role has not been an easy one over the years, starting back in the President George W. Bush administration, when David Safavian got into trouble over the Jack Abramoff scandal. Under the President Barack Obama administration, Michael Robertson was thrust into the middle of the conference spending scandal inquiries and had to explain the problems to Congress in 2012, and Danielle Germaine preceded Roberson and only lasted six months in the role. 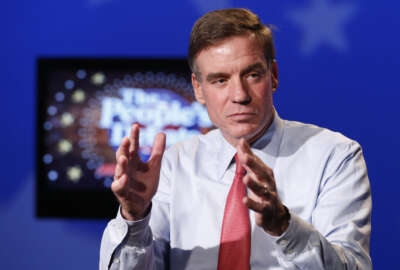