The General Services Administration’s Federal Acquisition Service continued its personnel overhaul with four contracting officers who basically developed, owned and managed the popular OASIS multiple award contract for professional services for the past few years deciding to move to the FedSIM...

The General Services Administration’s Federal Acquisition Service continued its personnel overhaul with four contracting officers who basically developed, owned and managed the popular OASIS multiple award contract for professional services for the past few years deciding to move to the FedSIM program.

In a blog post, Tiffany Hixson, GSA’s assistant commissioner for the Professional Services and Human Categories in FAS, announced that Todd Richards, the program manager of the One Acquisition Solution for Integrated Services (OASIS); Valerie Bindel, a senior contracting officer working on OASIS Small Business; Tommy Thomas, a procurement contracting officer; and Catherine Renfro, a contract specialist; would join FedSIM on July 24.

But while movement on a large, successful contract isn’t necessarily unusual or unexpected, industry sources say this time it’s far from business as usual.

Several sources confirmed that Richards told a special interest group of OASIS vendors that the group was “shocked” about the move and were leaving because of “irreconcilable differences” with the professional services category management office.

The SIG leadership team sent an email to the membership, which Federal News Radio obtained, saying it would solicit input on how to make the transition smooth and build upon the tremendous foundation already in place.

“I want to make it very clear that we are extremely proud of our accomplishments with each and every one of you in the OASIS community. As the architects and creators of this program, we truly LOVE OASIS and have been 100 percent dedicated to the success of the program, the success of our clients, and to the success of each and every one of your companies,” Richards wrote to the SIG in an email also obtained by Federal News Radio. “Collectively, in a shining example of how well and effectively government and industry can work together, we have changed the landscape of government procurement and ushered in a new age of efficiency for our government client base. OASIS is the most significant accomplishment of our professional careers and the most significant development in the last 30 years of federal procurement according to many highly-respected procurement experts.”

One industry observer, who requested anonymity because of fear of harming their relationship with GSA, said the decision to move Richards and others who have at least five years of experience running OASIS is troubling.

“There is a lot of concern because these are the people who built the program into a successful one and now they are being shunted off to the side. This is a personality issue,” the observer said. “There is a lot of concern in industry, because we are at a critical point with OASIS. GSA needs to do a lot of work to maintain confidence in the contract leadership because we’ve dealt with these people for years and now they are gone.”

Another industry expert, who also requested anonymity, went even further about the personality issue.

“My understanding is that there are some who don’t like the OASIS contract and would like to see it ratcheted down, and they would like to see the professional services schedule be the main services provider for GSA,” the expert said. “The people who will be running OASIS are essentially picked by those who run the program instead of the others who were inherited. Those people like Todd, were always part of a different culture at GSA, who have traditionally taken negative view of schedules as yesterday’s news.”

“As with all programs, personnel changes and departures are a natural part of professional development and program evolution,” Hixson said. “As one of two professional services contracts in FAS’s new PSHC portfolio, OASIS is a contract of choice for many agencies. One measure of this success is usage of the OASIS program, which is expected to achieve $3 billion in obligations this fiscal year, exceeding its plan by approximately $1 billion.”

And that $3 billion number is why industry is concerned.

GSA has seen significant growth of the use of the contract over the last two years. After receiving more than $2 billion in obligations in fiscal 2016, agencies already have spent more than $1.7 billion this year and the fourth quarter busy season is just getting started.

Jim Ghiloni, a director at Wolf Den Associates and a former GSA executive who launched OASIS, said change in a program such as this isn’t a bad thing.

He said Richards and his team are passionate about OASIS and take a lot of pride in its success, which likely is why so many strong emotions came out with the news of the change.

“As programs mature, the focus shifts and sometimes that can be challenging for folks who are used to doing things in a particular way,” Ghiloni said. “But at the same time, FedSIM is the single biggest customer for OASIS so to bring over those guys will help them continue along those lines of making OASIS a successful program.”

Ellis Kahn, co-founder and CEO of Miles Khantracting, a government contracts consulting firm and a former manager of the Alliant and OASIS programs for Booz Allen Hamilton, echoed Ghiloni’s thoughts about the benefit of moving the OASIS team to FedSIM as agency customers demand more complex procurements.

At the same time, Kahn said industry also has some concerns because the new group managing OASIS is not well known.

“How much of a learning curve will the people taking over have?” she said. “What will have to be done to get them up to speed and go out and do all delegations of procurement training and meet clients? I don’t know where those guys are because they are unfamiliar names to the community.”

She also brought in three new contracting officers to help run the program.

Roger Waldron, president of the Coalition for Government Procurement, said his members also are concerned about the changes.

What this comes down to is how well FAS is managing this change. Industry, of course, doesn’t like new people or really any modifications to their normal routines because they don’t have relationships and it makes their jobs more difficult. But at the same time, in the wake of the recent upheaval at FAS, it is incumbent of Hixson and others in the organization to allay industry fears as quickly as possible through a series of calls, webinars, meetings and other activities to introduce the new team. 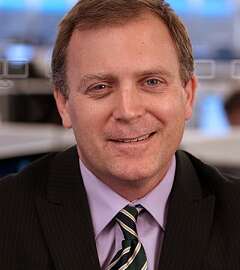